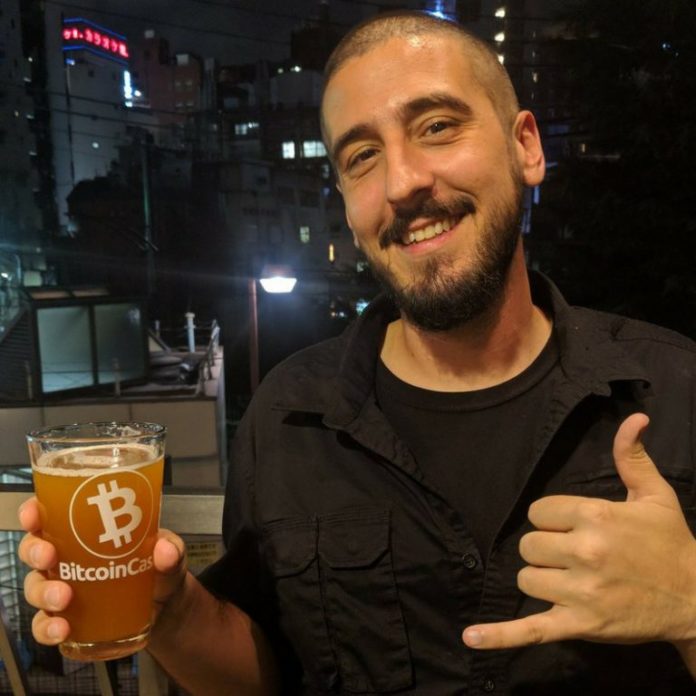 Developer Gabriel Cardona was personally recruited to fast track development of Bitcoin Cash (BCH). Open source, full featured development kit, Bitbox, his creation, has taken the community by storm, and it is now part of the Bitcoin.com developer universe. Money, Mr. Cardona likes to say, is critical to the human condition. And BCH and its blockchain are enabling financial sovereignty in a way which, he believes, is unique in history.

This week, developer Gabriel Cardona was guest for a full hour on the Vin Armani Show. At about the one hour and eight minute mark, Mr. Cardona began to lay out reasoning behind the burst of innovation in development on the Bitcoin Cash blockchain.

With hotshot initial coin offerings ringing-in billions, venture capitalists pouring money into project after project, and nearly all crypto talk dominated by speculative price analysis, idealism is hardly ever mentioned. There is almost a sense of innocence lost, having given way to strange corporate realism. When idealism is employed, derision and condescension aren’t too far behind nowadays. Mr. Cardona, however, champions bitcoin cash as “the soundest money the world has ever known. As a developer you can make it available to all people, whatever their age, gender, nationality or financial status,” he explained to Vin Armani, founder of Coin Text, the text messaging way to send BCH without an internet connection. Mr. Cardona describes himself, 37, as a decidedly different person professionally, “a whole different frequency” only ten years ago. He spent most of his twenties vagabonding, playing music, traveling. Becoming a father around this time sobered him to clearer thoughts about a career going forward. A chance community college course led to his first project, then another, and another. For whatever reason, the web has always resonated with him. The ubiquity, the chance to be impactful on a large scale, appealed to Mr. Cardona professionally.

That professional path eventually led him to code for Walmart, Target, Taco Bell, and to Triple A — all web development projects. Somewhere along the line, 2012 ish, he discovered bitcoin and Gavin Andresen’s Faucet, where Mr. Cardona received five bitcoin. This kept him interested as he went about his regular career. In fact, he’d put the idea aside for years while keeping an ear and eye to key hacker news outlets. When talk about a fork in mid 2017 was heating up, Mr. Cardona described the inevitable as not optimum, certainly, but ultimately the right path when two factions just cannot agree.

From there he deduced one of the chains would eventually have an innovation explosion. When he was able to access bitcoin cash (BCH) coins, and he started to use them, it suddenly grabbed him completely: this is bitcoin, the tech that made a great many wonderful people fall in love. Still, he wasn’t yet convinced enough to enter the space in any permanent way. In fact, he took to the burgeoning 3D printer industry. Upon looking more deeply into smart contracts, he encountered Ethereum’s Truffle Suite. He describes this as a revelation.

It was shocking. Nothing like a good framework, a suite of abstractions, allowing developers to work ten times faster existed for Bitcoin. There wasn’t anything like it in the BCH space. With that realization, he coincidentally took some time off to try and “have the vision.” It’s this kind of talk that makes Mr. Cardona so compelling. Devs are not known for their ability to communicate vulnerabilities, to be, well, human. Mr. Cardona has that in spades. That in-touch-ness no doubt sets him apart. He’s humble enough to know he needs mentors, guides, to help check himself along the way. Enter Pete Flint, 44, a British entrepreneur now based in San Francisco at the venture capital firm, NFX, where he is a managing partner. Mr. Fint is perhaps best known for having been founder and CEO of Trulia, which he eventually sold for something like a billion dollars. Mr. Cardona worked there for a spell, and the two hit it off. On his break to “have the vision,” he met up again with Mr. Flint.

That was half a year ago. Mr. Cardona credits Mr. Flint with urging him to move from hardware to software, and onto to BCH solutions. That very night Mr. Cardona began working on a library that morphed into framework, and has now become the solution platform, Bitbox. An immediate success, having been downloaded tens of thousands of times in a very short period, Bitbox got the attention of nearly everyone in The Know. Two months ago he joined Bitcoin.com to put Bitbox into full-on practice. For the un-technical, Bitbox assumes many functions every dev needs, thus speeding up a project’s process, allowing innovation to come at much faster paces. The implications for its power are simply mind-blowing. As Vin Armani commented during the interview, had something like Bitbox been available as little as three years ago for Bitcoin, everything would’ve changed. That it’s now an intimate part of BCH means the future of money is on a Cardona path.

Is the pace of innovation on the BCH chain surprising? Let us know in the comments section below.

Be sure to check out the podcast, Blockchain 2025; latest episode here. Want to create your own secure cold storage paper wallet? Check our tools section.

3 Features That Give IOTA an Edge in Real-World Applications

Over the last ten years, we have witnessed the rise of blockchain technology which offers peer-to-peer transactions of funds without...