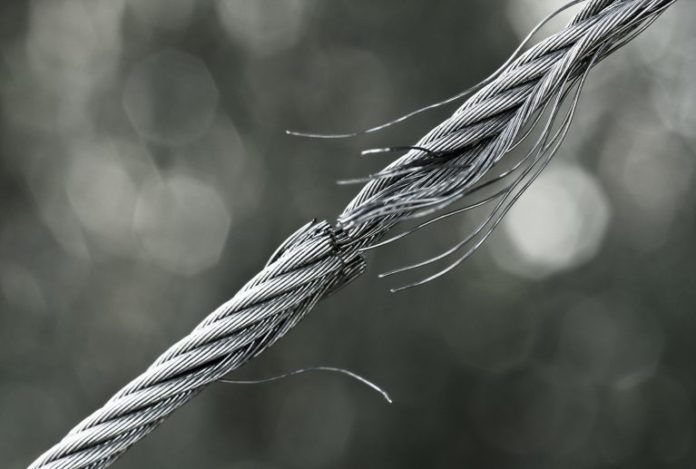 In an age of unprecedented censorship, surveillance and rampant deplatforming, Bitcoin stands out as a beacon of hope. Its decentralized ledger enables value to be transmitted to anyone, anywhere without fear or favor. Whether you’re a Mongolian goat herder or a Miami drugs baron, your money is good when it’s sent as bitcoin. But Bitcoin alone is not enough. For it to function fully, it requires an uncensorable internet, from base layer to application.

Also read: Side Effects of Economic Growth: Is Snowden Right to Say Bitcoiners Shouldn’t Be Bankers?

The Quest to Create an Uncensorable Web

When mobsters want revenge on a well-protected target, they’ll settle for a softer target instead – their family. In the eyes of many politicians and bankers, Bitcoin is such a target. It has “no bullets, no bombs, no ships, no fighter jets, and no soldiers,” and has never harmed anyone, yet some want it dead. Since Bitcoin can’t easily be killed, its enemies will attack the soft targets that surround it: crypto exchanges, wallet providers, custodians and any other Bitcoin companies that can be subpoenaed and shuttered. Take away the infrastructure that supports the cryptosphere, such as websites and apps, and the Bitcoin blockchain would keep faithfully chugging on. But without the ability to easily access it, to a vast swathe of the world’s population it would essentially be dead. We already inhabit a world where people are prohibited from trading on Localbitcoins or using exchanges like Bittrex and Coinbase on account of sanctions the U.S. has placed over an Iranian dispute that has nothing to do with Bitcoin. It’s easy to envisage a scenario where bitcoin starts threatening the dollar’s hegemony and authorities seek to criminalize crypto ownership.

Even if that dystopia never materializes, there’s a desperate need in the here and now for cloud computation, app stores, domain registries and web hosting that can’t be censored. These tools are already under development by companies driving the Web 3.0 movement. In this paradigm, there is self-sovereignty of data, websites are hosted on distributed networks, and information flows as freely as bitcoin. We’re some distance away from a fully decentralized web, but there are already signs of how this new digital world may look. From Unstoppable Crypto Networks to an Uncensorable Cloud

There’s a misconception that a decentralized internet is at odds with enterprise, and that wealth generation requires preservation of the centralized status quo. Nothing could be further from the truth. Web 3.0 isn’t anti-business: it’s just a shift away from the current business model in which data is the primary currency, and free access the candy doled out to acquire it. In reality, “A decentralized cloud network provides secure and private telecommunication services with incredible levels of quality and scalability for business enterprises,” observes Dr. William Nguyen, founder of decentralized cloud network Beowulf. “Using a globally distributed network of miners,” he explains “a decentralized system allows for better localization and facilitates almost infinite network capacity. A keystone feature is its cost-effectiveness; any unused computing resources anywhere in the global network are utilized to cut down up to 80% of the setup and operation costs for users. This decentralized cloud network is fully transparent, as all telecommunication transactions are recorded on the blockchain and can be fully audited by any party.”

This sentiment is echoed by Storecoin founder Chris McCoy, who is at pains to emphasize the business benefits of creating a distributed cloud network that utilizes many of the characteristics of crypto networks including tokenization to facilitate micropayments and reliance on end users to provide computational resources rather than corporations with their hyper-datacenters. “Developers will build en masse if the dcloud is more profitable than AWS/centralized cloud,” ventured McCoy. “Users don’t care whether a system is centralized or decentralized – they just want problems to be solved (e.g. cheaper, faster, makes them feel good, and/or solves a real problem for them). The dcloud enables end users to get paid for their data footprint in addition to having problems solved.”

A censorship-resistant, pro-privacy internet is one in which no single actor, from three-letter agencies to state-sponsored hackers, is able to dictate access or exfiltrate data en masse. At present, the internet is at the mercy of global busybodies such as the U.S., which can shut down websites on the clearnet and darknet on a whim, and criminalize transacting with people whose only “crime” is to reside in a different country. Creating an uncensorable web that can’t easily be warped by powerful actors is a complex and multifaceted task. One solution is to utilize blockchain-hosted apps and web pages which, according to Sam Williams, “are an essential component of a decentralized web, offering immutability and verifiability among other benefits.”

The Arweave CEO notes that traditional blockchains are unsuited to this purpose on account of “very limited scalability, slow speeds, and high transaction costs making on-chain hosting extremely expensive for developers.” Arweave’s solution is to engineer “incentive models to overcome these constraints, offering lightning-fast access speeds, along with inexpensive and truly permanent on-chain app and page hosting.” In this system, the user only pays once to add apps, pages, or data, “eliminating the need for paying recurring fees to traditional, centralized web hosting providers.”

The number of solutions geared around making the internet harder to censor is steadily growing. URL Pages allows an entire web page to be stored in a URL, eliminating the need for hosting and allowing for virtually uncensorable publishing. Handshake is a decentralized internet naming authority that works with DNS. It means that projects can assume a single Handshake name that will direct to their website, even if it’s forced to change DNS. Not only does this make the web harder to censor, but it minimizes the threat of DNS spoofing attacks.

An internet that can withstand attacks from the most sophisticated and well-funded adversaries is one in which information cannot be stopped and ideas are allowed to permeate and be openly debated. What companies like Gab are doing for free speech with their Dissenter browser, other companies are doing for the base layer and middleware, creating a Web 3.0 stack that is better for Bitcoin, and better for everyone who believes in the principles on which it was founded: free expression, free trade and free flow of information without borders or boundaries.

Do you think Web 3.0 will shape the future of the internet, or will it struggle to gain traction? Let us know in the comments section below.

While US President Donald Trump might have agreed to re-start trade talks with Chinese counterpart Xi Jinping at the G20...