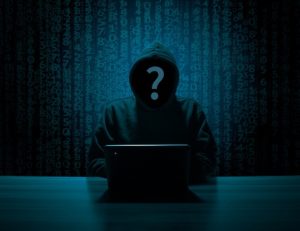 Bitcoin stolen from cryptocurrency exchange Bitfinex in 2016 has returned to the spotlight as some of the funds move to an unknown wallet.

According to monitoring resource Whale Alert, which publishes details of major cryptocurrency transactions on Twitter, just over 30 BTC known to have come from Bitfinex left its holding wallet on August 12.

The move is the second for that portion of the hack, which in total involved 119,756 BTC (now worth $1.35 billion), after it entered the previous wallet as part of a bigger tranche of cash in June this year.

Prior to that, the Bitcoin sum had remained dormant since the time of the hack, which occurred in August 2016 and sparked a major law enforcement initiative.

At the time, BTC/USD traded at around $650, with the theft sending markets plummeting closer to $580.

In February this year, Bitfinex succeeded in reclaiming a further portion of the hacked funds – 27.66 BTC ($312,000) – from the US government following years of detective work. The vast majority, however, remains unaccounted for.

We will continue to assist law enforcement with their inquiries, and also once again extend an open invitation to the hackers, or anyone harbouring information pertaining to the breach, to make contact in whichever medium they feel most secure with, to finally resolve the situation in a mutually beneficial manner,

Bitfinex has yet to comment on the latest developments, while speculation already abounds on social media as to where the stolen bitcoin funds will go next, and whether they will be converted.

The exchange is already facing multiple battles in 2019, likewise involving US authorities. As Bitcoinist reported, the latest issues focus on more quarantined funds worth around $850 million.

The New York Attorney General is currently battling both Bitfinex and its sister company, the issuer of stablecoin Tether, in court over alleged embezzlement, something the defendants have strongly denied.

A judge threw out some of the allegations last month, but the case has not seen a full dismissal and is ongoing.

Worldwide, exchanges continue to grapple with the pitfalls of the industry, with Binance last week fending off accusations a hack had compromised its user data.

Prior to that, the exchange acknowledged the loss of $41 million worth of tokens in a separate incident, refunding users and promising they had learned from the exposed shortcomings.

What do you think about Bitfinex’s hacked funds moving again? Let us know in the comments below!

Popular crypto payment processor BitPay has changed its ID verification requirements for payments, refunds, and payouts that are higher in...