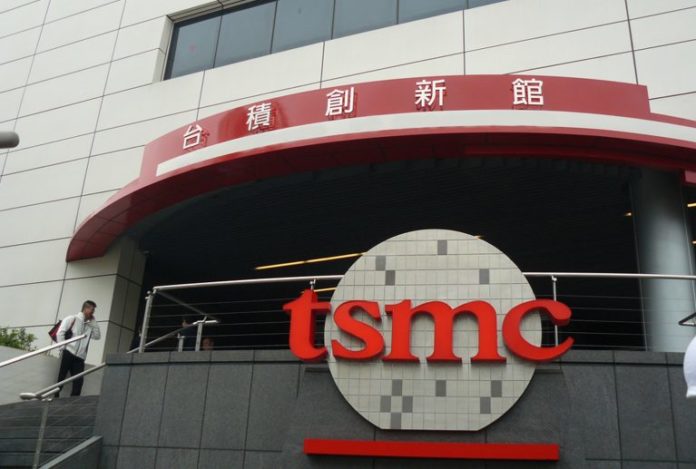 Two of the largest bitcoin mining chip manufacturers have plans to equip their products with 5nm chips in the near future. Just recently, China-based manufacturer Bitmain purportedly produced the world’s first 5nm test-grade bitcoin mining chip and more efficient mining rigs will see mass production next year. The firm Canaan also recently announced that the company will have access to 5nm semiconductors by Q1 2020.

TSMC’s 5nm Process Is Ahead of the Game

In December, at the IEEE IEDM Conference, the firm discussed its 5nm process in high regard alongside Intel’s slideshow describing 2nm and 1.4 nm chips by 2029. TSMC noted huge differences between the 7nm and 5nm process as the 7nm yields just a touch below 100 million transistors per square millimeter (mTr/mm2). The 5nm technology has shown an average yield of 80%, with a peak yield per wafer of 90%. The Taiwan foundry’s 5nm test chips had shown a die size of 17.92 mm2.

Following the details about TSMC’s 5nm process, two of the largest bitcoin mining rig manufacturers in the world revealed that they would soon be equipped with TSMC’s 5nm chips. Local reports from China disclosed that the company Bitmain Technologies has completed the first 5nm test-grade bitcoin mining chips. At the moment, Bitmain products use TSMC’s 7nm process for the latest 2019 Antminer versions. In October, Bitmain’s CEO Jihan Wu discussed the 5-nanometer technology at the World Digital Mining Summit held in Frankfurt. Various sources have said that Bitmain will be equipped with 5nm by early 2020 and products are set for mass production.

Following discussions concerning Bitmain’s upcoming ASIC rigs, regional reports revealed that Canaan will also have 5nm chips by the first quarter of next year. The 5nm chips will improve performance by 15% and the wafers will stem from the Taiwan-based semiconductor foundry. However, Canaan is a Chinese mining rig manufacturer that purchases semiconductors from both Samsung and TSMC. 8btc editor and reporter Vincent He stressed that Canaan was one of the first companies to reveal its 7nm test-grade mining chip before lots of companies announced use of the semiconductors. The report further detailed that the cofounder of Canaan said that the firm will “have a greater grasp of the supply chain and more capital investment after going public.”

The news of both Bitmain and Canaan steadfastly working to produce mining rigs equipped with next-generation 5nm chips shows how fast the mining industry is growing. With the 7nm process alone in 2019 mining devices have improved a great deal as far as efficiency is concerned. News.Bitcoin.com recently reported on how 2019’s bitcoin miners are 5x faster than predecessors. If it’s true that both companies are planning to produce 5nm equipped models in early 2020, then other manufacturers like Microbt, Innosilicon, and Ebang will likely follow suit.

What do you think about Bitmain and Canaan possibly producing 5nm equipped bitcoin mining devices in early 2020? Let us know what you think about this subject in the comments section below.

Following the consensus reached at the G20 leaders’ summit on the importance of discussing better governance for the decentralized financial...