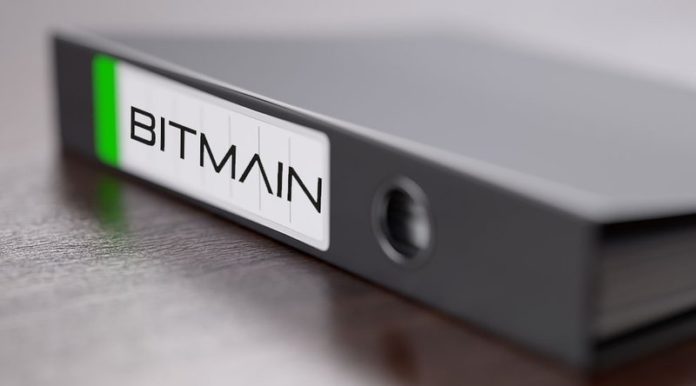 Bitmain, the biggest company in bitcoin mining, has filed for its IPO in Hong Kong. As part of the approval process, the company submitted a prospectus to the Hong Kong stock exchange at the end of August 2018. The prospectus was published on September 26, 2018.

Most of the document’s financial data is old information, except for that of Q2 of 2018. When Bitmain raised $400 million in a pre-IPO round last month, leaked financial documents provided most of the information we see in the prospectus now. The new prospectus includes three months beyond what was previously known. And that new information tells a bigger story.

According to the new prospectus, Bitmain posted $701 million in net profit in 2017. Yet, for the first half of 2018, Bitmain claims a gross profit of $743 million, despite a massive slump in crypto markets. This is odd because one would expect any company in the cryptocurrency business to have felt the pinch from this decline.

In fact, Bitmain has. The leaked pre-IPO presentations showed that Bitmain made a $1,137 million net profit in Q1. This means Bitmain actually lost $400 million in Q2.

Most of the Beijing-based firm’s business comes from making ASIC mining rigs used to mine bitcoin and other cryptocurrencies.

In addition to having a corner on 74.5 percent of the entire crypto mining market, Bitmain also runs two of the biggest bitcoin mining pools, AntPool and BTC.com, and is an investor in ViaBTC, a smaller mining pool and exchange.

In its prospectus, Bitmain explains that losses in 2018 were mainly due to having an excess of inventory and having to sell its miners at a lower price. (As the new prospectus reveals, in 2018 Bitmain suffered an inventory write-down of $391 million.)

Antminer sales is not the only area where the company lost money. Since the beginning of 2017 to mid-2018, Bitmain failed three times in trying to come up with a more efficient mining chip. Each of those efforts cost Bitmain hundreds of millions of dollars. Those costs amounted to losses of $500 million. This pinpoints the risks and costs involved in making silicon chips. It is also important to note that any successful company needs to take risks, so this is not necessarily a bad thing.

Bitmain also lost money in its bitcoin cash investment. It is no secret that Bitmain is a huge fan of the alternate cryptocurrency that resulted from a controversial fork in the bitcoin code in mid-2017. In support of the coin, Bitmain sold much of its bitcoin holdings (which it got from mining bitcoin and also accepting bitcoin as a form of payment for its Antminers) in exchange for bitcoin cash.

In December 2018, Bitmain owned 5 percent of all of the bitcoin cash in circulation, according to the leaked prospectus. Most of those holdings were bought at $900 on average. Price declines in bitcoin cash caused the company to lose about $500 million in 2017. (Bitcoin cash is currently at $550.)

Despite these figures, Bitmain has already raised $785 million in venture capital funding this year (its net cash balance went from $105 million in Q1 to $343 million in Q2, and Bitmain has raised even more in Q3), and it is planning to go public in 2018 or early 2019. The company has not said how much it hopes to make in its IPO, but some estimates put it in the ballpark of $14 billion.

This could make the Bitmain IPO one of the largest IPOs of all time. Facebook’s IPO (2012) was worth just over $16 billion and that of Visa (2008) was $17.9 billion. (In its prospectus, Bitmain said it will funnel the money into research and development and expanding its production output.)

Yet, for investors, the question is: What are Bitmain’s prospects for the future, given that most of its current profits come from manufacturing mining rigs? Crypto markets exert a strong influence on Bitmain’s revenues, but they are declining. Since December 2017, the price of bitcoin has fallen 65 percent from its all-time high. At press time, bitcoin sits at about $6,500.

A lot else is changing in the crypto space — regulation, for one. China has been taking increased action to clamp down on all things cryptocurrency. And in the U.S., regulators are starting to get tough with crypto exchanges and bring down the hammer on questionable initial coin offerings. All of this will have an impact on the price of bitcoin.

Also notable in a report issued in August 2018, analysts at investment firm AllianceBernstein questioned Bitmain’s sketchy cash flow and suggested the company may be slowly losing its edge.

Ultimately, it will be up to investors to weigh Bitmain’s potential down the line. As for the company’s competitors, the influx of cash from an IPO is likely to give Bitmain a much needed boost.

A draft bill on crypto regulation presented to Colombia’s Congress has been heavily criticized by the local tech sector, Colombian...