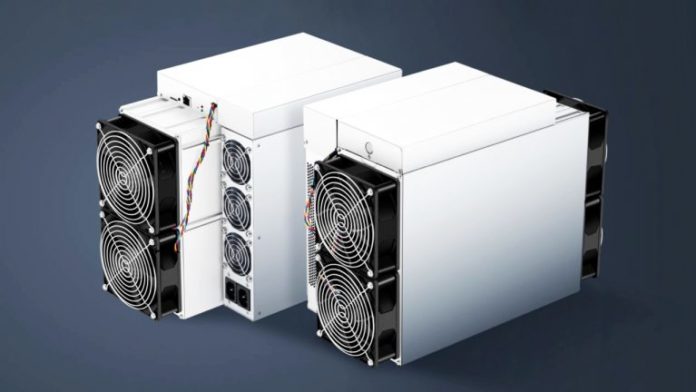 Bitmain on Monday released the Antminer T19, a cheaper bitcoin mining machine, in an effort to regain lost market share.

The Beijing-based company said the Antminer T19 has computing power or hashrate of 84 terahash per second (TH/s) and power efficiency of 37.5 joules per terahash (J/TH).

“The Antminer T19 is housed with the same generation of custom-built chips found in the Antminer S19 and S19 Pro, ensuring capable and efficient operations for mining cryptocurrencies,” said Bitmain in a blog post.

According to F2pool, a global bitcoin mining network, the new T19 model generates up to $3.17 of profit each day. That compares with earnings of $3.96 per day for the Antminer S19. The figures are based on an average electricity cost of $0.05 per kilowatt per hour.

The T19 goes on sale on June 1, with a limit of two miners per customer “to prevent hoarding and to ensure that more individual buyers can purchase miners,” Bitmain declared. The new mining equipment will be shipped between June 21 and 30, it said.

It is more efficient than the previous T17 model, which, together with the Antminer S17, has failed at a higher rate of 20% – 30%. The “normal” failure rate is generally 5%. Antminer T19 comes with “upgraded firmware,” ostensibly to offer “faster start-up speeds.”

The new miner comes at a time Bitmain has given up ground to emerging competitor Microbt. The release also coincides with Bitcoin’s programmed supply cut of May 11, which slashed miner revenue by 50% to 6.25 BTC per block. The halving has forced miners to look for more efficient mining equipment.

According to Coinshares, Bitmain may have lost 10% of its dominant market share in 2019, as Microbt, maker of the Whatsminer series, continued to sell more mining power throughout the world. The trend is expected to have continued in 2020.

Earlier on Monday, Canadian firm Bitfarms Ltd. announced the purchase of 1,847 Whatsminer M20S BTC mining machines. Delivered within four to five weeks, the mining hardware is expected to add approximately 133 petahash per second (PH/s) to the company’s installed computing power and improve computing efficiency to over 15 PH per megawatt, it said.

What do you think about Bitmain’s new product? Let us know in the comments section below.