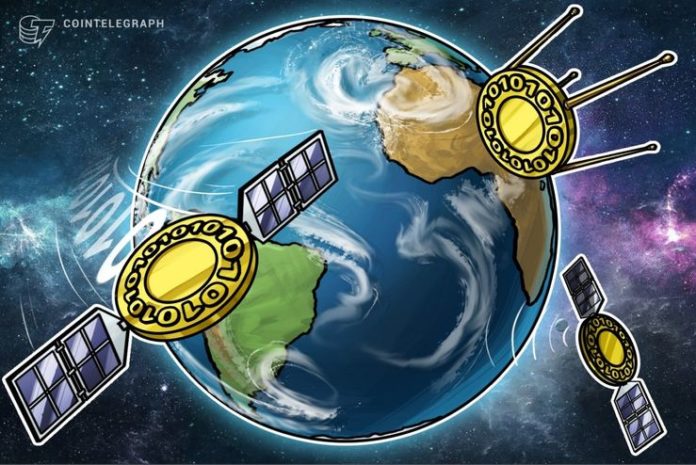 Founded in 2009 and formerly known as Arkyd Astronautics, Planetary Resources is supposedly engaged in the exploration, extracting and refining of resources from asteroids. The company, which reportedly has over 30 investors and has raised more than $50 million in investments, has sent two satellites into orbit over the last six months.

Commenting on the deal, ConsenSys Founder Joe Lubin said that “it reflects our belief in democratizing and decentralizing space endeavors to unite our species and unlock untapped human potential.”

Before joining Planetary Resources, Lewicki was employed by NASA’s Jet Propulsion Laboratory as Flight Director of the Spirit and Opportunity Mars rovers and Phoenix Mars lander.

Israel served in the U.S. State Department’s Office of the Legal Adviser and was responsible for the international legal dimensions of outer space, ocean, and international environmental governance matters. Israel stated that “Ethereum smart contract functionality is a natural solution for private-ordering and commerce in space in which a diverse range of actors from a growing number of countries must coordinate and transact.”

This month, Lubin made a $6.5 million investment to secure a minority stake in enterprise distributed ledger (DLT) startup DrumG Technologies. The startup aims to facilitate the adoption multiple interconnected distributed ledgers in the corporate world.

In July, ConsenSys signed a Memorandum of Understanding (MoU) with China’s Xiongan New Area government to bring blockchain technology to the “smart city.” The company  will advise the Xiongan government on blockchain and software solutions in order to establish it as a “next generation smart city [and] leading blockchain innovation hub.”

Coinbase and US Asset Manager Partner for New Cryptocurrency Fund