The Blockstack Signature fund is backed by Lux, OpenOcean, VersionOne, RisingTide, and Compound, and funding will go toward apps being built in the Blockstack ecosystem.

Patrick Stanley, growth partner at Blockstack, explained to Bitcoin Magazine that “Blockstack is not launching the VC fund but facilitating.” That is, the company’s role in the fund has been to gather the venture capital groups, attract the developers and facilitate the partnerships that will result in quality app development on the Blockstack platform.

According to Blockstack, the VC fund will dedicated to “rapidly accelerating startups building decentralized applications on the platform, and tools for developers to bootstrap their apps, with tokens on the Blockstack network — just like you see with Ethereum.”

Ali added: “The VCs involved in the fund will take a look at that application and make a independent decision to fund that company or now. Our intention here is to bring together sophisticated investors, people who have been thinking a lot about decentralization and can do their due diligence.”

VC investing is a type of private equity, a form of financing that is provided by firms or funds to small, early-stage, emerging firms that are deemed to have high-growth potential, or which have demonstrated high growth in terms of number of employees, annual revenue or both.

Ali explains: “If you look at this space in general we feel that there are a lot of low quality apps which are raising an insane amount of capital from token sales, for example. We want to bring some quality and sanity to the picture. We feel that VCs can still have a seat at the table … we want to open up that channel as well.”

Blockstack was formerly known as Onename and passed through its young company status in the summer of 2014 as a startup looking to streamline bitcoin transactions. 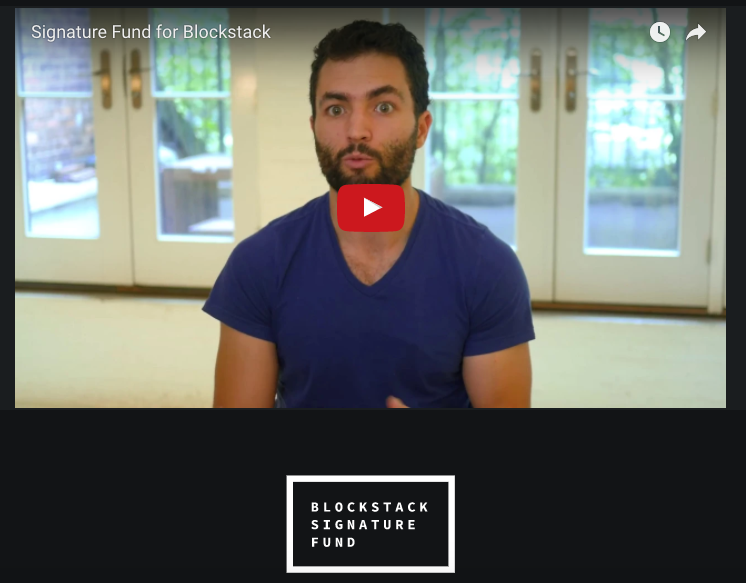