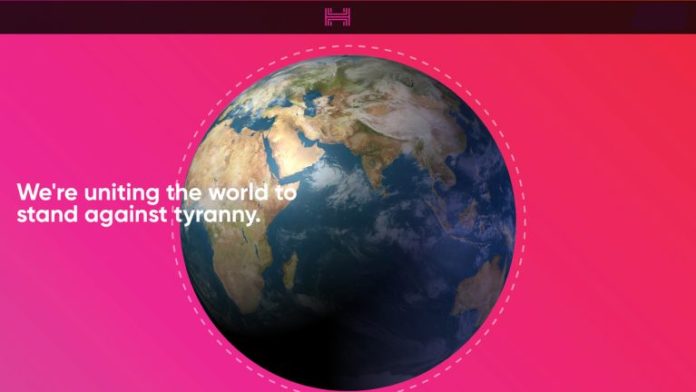 On June 10, 2020, the Human Rights Foundation (HRF) launched a fund that is dedicated to the development of tools that make the Bitcoin network “more private, decentralized, and resilient.” HRF’s initial gift of $50,000 will be given to the UK-based developer, Chris Belcher, who has been working on a project called Coinswap.

This week the well known, Human Rights Foundation (HRF), announced the launch of a fund that bolsters codebase development of coin mixing applications for bitcoin (BTC). The New York City-based HRF is very well known and is also the organization behind the Oslo Freedom Forum. HRF’s gift of $50,000 will help fuel Coinswap development led by the well known developer Chris Belcher. Coinswap is a mixing protocol that leverages Coinjoin and it was introduced in 2013. Additionally, “in the protocol, all parties are assumed to have private communications channels,” explains the concept’s creator Greg Maxwell. The Coinswap Github repository says:

A Coinswap implementation for massively improving Bitcoin privacy and fungibility.

Further, HRF will be funding other types of bitcoin (BTC) development in the future. “The fund’s next gift, already earmarked for another developer working on strengthening Bitcoin pseudonymity at the network level, will be announced in the near future,” HRF’s announcement explains. HRF chief strategy officer Alex Gladstein says that the organization is proud to help fund tools that promote financial privacy.

“HRF is pleased to support Chris in his quest to make Bitcoin more usably private,” said Gladstein. “Human rights defenders and reporters around the world face increasing financial repression in the form of frozen bank accounts, restrictions on foreign funding, payment surveillance, and general difficulty in earning income or receiving donations. Bitcoin can be a powerful tool for them to use moving forward alongside encrypted messaging apps like Signal and projects like Tor Browser and Securedrop,” the HRF chief strategy officer added. Gladstein further stated:

At the moment, the Bitcoin network is improving but is far from as usable and private as it needs to be with authoritarianism and surveillance on the rise in many countries. With more support, developers like Chris can make it possible for activists to receive donations and continue their important work under increased pressure.

The move to help fund bitcoin mixing applications that improve privacy is being done in the face of adversity. Governments worldwide and other entities have made the public fearful of using mixing applications that obfuscate crypto transactions. Global law enforcement and regulators have warned against using shuffling crypto apps, even though they are not illegal. During the first month of 2017, The Basel Institute on Governance met with various global lawmakers, Europol, Interpol, and authorities from Qatar in order to discuss crypto transactions, exchanges, and mixing applications. At the time the Basel Institute said:

All countries are advised to take action against digital currency mixers/tumblers. Such services are designed exclusively to anonymize transactions and to make it impossible for law enforcement agencies to detect and trace suspicious transactions. The existence of such companies should not continue to be tolerated.

People can donate BTC to the new HRF Bitcoin Development Fund, as well as donating USD. Developers can also send proposals to HRF, if they want to obtain some funding for Bitcoin development improvements. Gladstein hopes that the fund will invoke other organizations to help improve bitcoin and financial privacy rights.

“In today’s world, Bitcoin developers are often free agents, relying almost exclusively on the generosity of exchanges and corporations,” Gladstein concluded. “Hopefully, HRF’s fund can inspire other organizations in the non-profit and academic space to support Bitcoin research and software development.”

The HRF funding also follows the recent fundraising initiated by Bitcoin.com and the Bitcoin Cash (BCH) community. Over $100,000 was raised on April 5, 2020, so Cashfusion developers can obtain a codebase audit from Kudelski Security. Cashfusion is a touch different than traditional UTXO mixing applications, as the data analyst James Waugh noted: “[Cashfusion] is far more practical than [traditional] Coinjoin protocols. ”

What do you think about the HRF funding? Let us know in the comments section below.