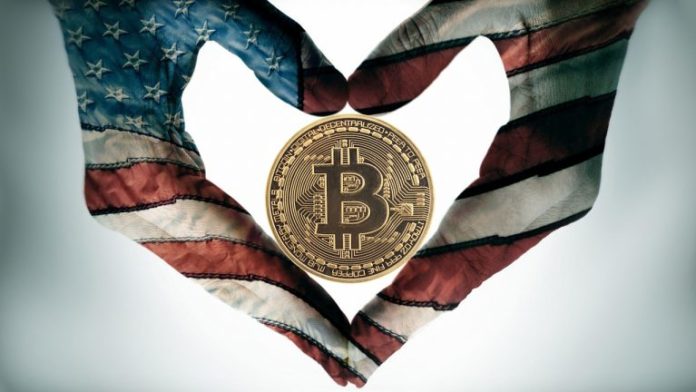 With the fourth of July approaching, many Americans will have to contemplate whether or not the holiday is an empty affair. After the last thirteen weeks of Covid-19 lockdowns, business shutdowns, and police brutality, the lack of liberty and freedoms in the U.S. has never been more apparent. With ideas like bitcoin and concepts that bolster secession, the day is coming when money is completely removed from the state, just as the state was separated from the church centuries ago.

Roughly six days prior to the empty holiday, as I read the letters of Independence pronouncement adopted in Philadelphia, Pennsylvania, on July 4, 1776, I say to myself “Americans are not free.” The majority in the United States have surrendered their freedoms and civil liberties to the collective mob. Many individualists are quite certain that most Americans don’t believe in those declarations of independence, and the 27 grievances against tyranny written hundreds of years ago.

One reason that validates this opinion as truth, is because the U.S. government has transgressed upon the citizenry. They have quite literally violated every one of the 27 grievances. Yet the majority of U.S. citizens are too comfortable and too lost in the sea of distraction to even notice. One thing I will be promoting on July 4, 2020, is real independence and the use of counter-economics, in order to separate finance from the state. The separation of money and state is the ideal solution for striking the root. The New Ideal author, Onkar Ghate, describes it very well in an April 2019 essay.

The essay explains how Thomas Jefferson, John Locke, and James Madison all vowed to separate the church from state, as this was a fundamental right of sovereign individuals. However, the philosophy can easily be applied to finance too, as Ghate and many others have argued for economic freedom for many decades.

“The arguments for intellectual freedom and economic freedom share the same root: the requirements of the rational mind to guide the individual,” Ghate’s essay details.

The founder of Shapeshift, Erik Voorhees, said in March 2015 at the Texas Bitcoin Conference, the reason he has bolstered the idea of bitcoin is because he wants to separate finance from the state.

“It is that narrative of human development under which I believe that we now have other fights to fight, and I would say in the realm of bitcoin it is mainly the separation of money and state,” Voorhees explained on stage. The Shapeshift CEO added:

Money is absolutely as fundamental to our lives as religion, and for many people it is far more fundamental to their lives as religion. It affects how your life unfolds. The choices that you make about money dictate the ramifications of your life and those around you. And so, to have an institution like money so controlled by a central entity — by a monopoly — is absurd. It is immoral. We should get rid of it.

Similarly, the American populace has the right to separate themselves, and “dissolve the political bands which have connected them with another, and to assume among the powers of the earth, the separate and equal station to which the Laws of Nature and of Nature’s God entitle them.” This is clearly stated on the Declaration of Independence parchment.

Essentially, the letters of Independence highlight that Americans, but more importantly all sovereign earthlings, should simply declare the separation. “A decent respect to the opinions of mankind requires that they should declare the causes which impel them to the separation,” the transcription of the stone engraving of the parchment Declaration of Independence stresses. All sovereign individuals have a right to separate their finances from the state, just as they have the right to separate religious beliefs from government affairs.

By leveraging precious metals, cryptocurrencies like bitcoin (btc), bitcoin cash (BCH), dash (DASH), litecoin (LTC), monero (XMR) ethereum (ETH) and many others, while also practicing barter and trade techniques, it will help strengthen the counter-economy. The counter-economy, at some point, will grow so large that it eclipses the fraudulent and manipulated economy created by the oligarchs and status quo.

Without funding, the state will not be able to continue the endless wars. Without the participation of people using the oligarchs’ promissory notes, taxation will take place less and less. Even Edward Snowden, the famous U.S. whistleblower explained in an interview published by the American Civil Liberties Union in 2018, that bitcoin would help cushion financial liberties. Snowden also once said on Twitter that “new technologies raise the possibility of unstoppable tax protests.”

“I like Bitcoin transactions in that they are impartial — They can’t really be stopped or reversed, without the explicit, voluntary participation by the people involved,” Snowden said during the interview. “Let’s say Bank of America doesn’t want to process a payment for someone like me. In the old financial system, they’ve got an enormous amount of clout, as do their peers, and can make that happen. If a teenager in Venezuela wants to get paid in hard currency for a web development gig they did for someone in Paris, something prohibited by local currency controls, cryptocurrencies can make it possible.” Snowden continued by adding:

Bitcoin may not yet really be private money, but it is the first ‘free’ money.

On July 4, 2020, and just like every Independence Day I’ve celebrated in the past decade, I will let people know that the freedom they honor every year is lacking. In fact, freedom, at least going by the American writings written in the 1700s, is barely existent. The only way to separate ourselves from the beast of government is to separate money from it immediately.

Essentially, the state won’t have a choice and even right now, government fiat must compete with a $250 billion dollar free market filled with over 5,000 cryptocurrencies. During the 2015 Texas Bitcoin Conference, Vorhees further explained that people leveraging bitcoin will help bolster the need for change.

If Americans truly believe in the letters of independence, then they should separate themselves from the very government that transgresses against them. Right now, believers of the non-aggression axiom have lots of choices to make and many forms of human action can help fulfill decentralized goals.

There is no doubt, cryptocurrency and Satoshi’s vision was founded with the ideals of separation of state and money. Instead of focusing on red white and blue paper plates and patriotic t-shirts from Walmart, maybe Americans should invoke the revolutionary spirit they once held, and actually do something about this tyrannical beast who has devoured their freedoms.

If you are interested in learning about the many methods of crypto anarchy and the myriad of ways to opt-out and vacate the state – Check out these essays below.

No, Bitcoin Breaking Below $9k Was Not a Bearish Breakout: Analyst

On Saturday, Bitcoin finally broke below $9,000 after a week of consolidation. When the asset slipped under this level, more...