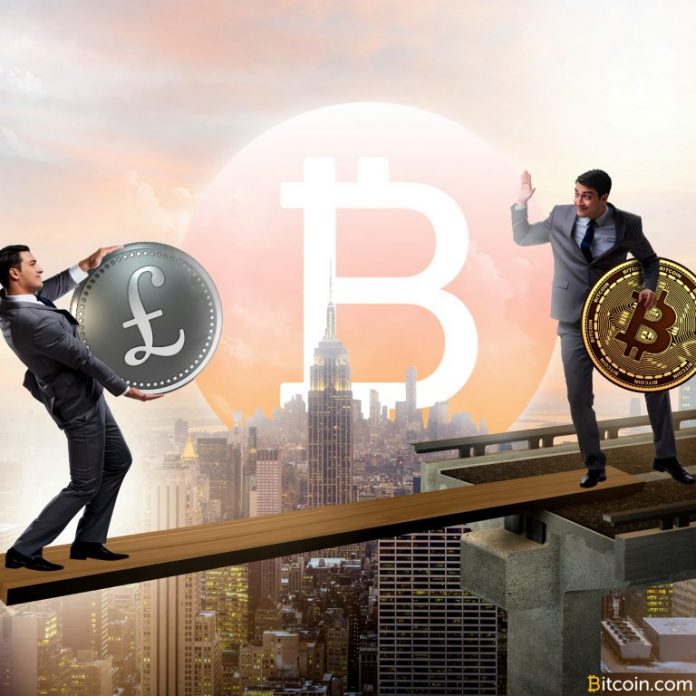 U.K. lawmaker Eddie Hughes has proposed that taxpayers should have the option to pay council tax and utility bills in cryptocurrencies such as BTC. The 50 year-old conservative legislator for the Walsall North constituency said the move would place the country at the forefront of digital currency adoption in Europe.

Country at a Crossroads

“You’re either ahead of the curve or you’re behind the curve, and our country is in an interesting position right now – we need to be seen as a progressive country,” Hughes was quoted by the Daily Express as saying. “We are at a crossroads and we’re about to determine our future – one in which taking the lead in this field could prove very beneficial.”

However, the British Member of Parliament’s pronouncements may not find many takers in the United Kingdom, which is currently in the midst of a regulatory shift that could affect its cryptocurrency industry. The country is also working on measures to prevent alleged money laundering and combat terrorist financing through cryptocurrency monitorin

Hughes is of the opinion that the wider acceptance of virtual currencies in the U.K is being stalled by inadequate information and lack of knowledge, stating:

People not understanding how the transaction works is holding us back in terms of mass adoption. And also how accessible it can be – it needs to appear like an app that people will use so they can become familiar with it in a safe and secure way.

Hughes, who was elected into office last year and describes himself as a “crypto enthusiast with amateur knowledge,” said it was critical for legislators to have a better understanding of cryptocurrency and the underlying blockchain technology.

“It just feels like it gets talked about a lot, wherever you go in the U.K., and as MPs we have a duty to understand it,” he detailed, adding “Only recently I met with the Royal National Lifeboat Institution, which is now accepting charitable donations through cryptocurrency – if we can do that, what’s to stop us being able to pay council tax and other bills with bitcoin?” European regulators have complained that cryptocurrencies are risky, and repeatedly alleged that they help to fuel money laundering and terrorism while placing investor funds at the mercy of fraudsters. Their alarmist entreaties have ramped up pressure on governments to act, with many promulgating a series of regulations ostensibly to safeguard the public and prevent the risk of financial instability.

In October, the U.K’s Financial Conduct Authority said it was considering a ban on cryptocurrency-linked derivative products. The financial regulator indicated that it will begin consultations on whether to ban the sale of derivatives based on digital coins like BTC as well as to restrict crypto-based contracts of difference to the public. Virtual currency futures and options will also be looked into, in discussions slated for the first quarter of 2019.

What do you think about Hughes’ plan? Let us know in the comments section below.