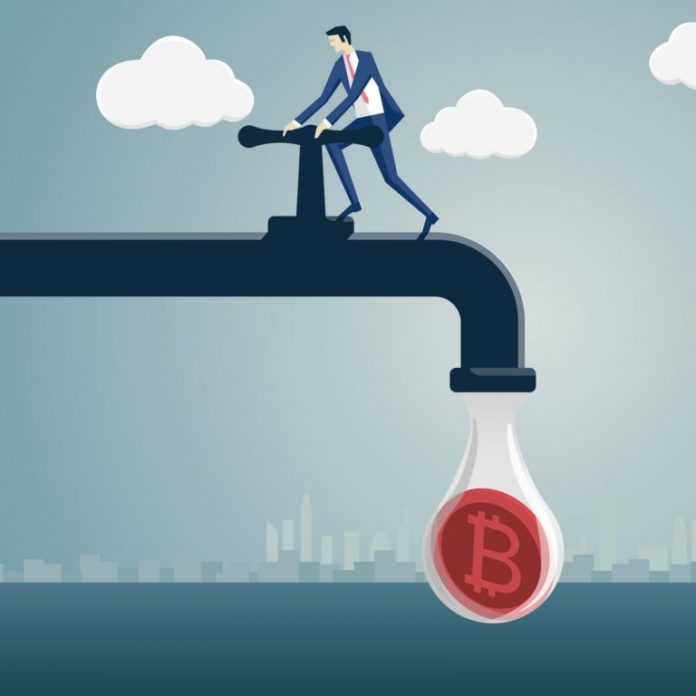 Two research firms released compelling data on the state of Bitcoin Core (BTC). Chainalysis revealed 36% of BTC in circulation is lost, likely lost, or unmined. The percentage of BTC held by speculators is 22%, while investors accounted for a steady 30%. The United States government, and especially its Internal Revenue Service (IRS), reportedly account for 20% of spending ($5.7 million out a collective total of $28.8 million) for monitoring on-chain transactions through firms like Chainalysis, according to researchers at Diar.

BTC Investors and Speculators Have Held Their Positions Over the Summer

Chainalysis recently updated their year-long study of the bitcoin core (BTC) money supply, Spring to Spring, 2017 to 2018. Initial findings of that previous period “revealed long-term investors sold approximately $24 billion of bitcoin to new speculators between December 2017 and April 2018, with half of this activity occurring in December alone. This unprecedented injection of liquidity served as a fundamental driver behind the price decline during the same period,” Chainalysis maintained. Obviously, when those who once held a financial product sell, the price falls and can do so dramatically.

The latest findings, however, include data through August, and conclude “that bitcoin investors and speculators have held their positions over the summer.” Chainalysis combined their existing knowledge of on-chain activity with their previous money supply work. Interestingly, they appear to be mirroring tactics and methodology employed by the Federal Reserve, the US central bank. “The Federal Reserve,” researchers noted, “for example, tracks various measures of U.S. dollar money supply and their relationships with important economic variables, including GDP growth and inflation.” The nascent crypto-economy is often considered obscure, difficult to monitor in any effective manner. This is largely due to the heavy mathematical nature of cryptographic currencies. Chainalysis believes one key to growing the space is to bring daylight, so to speak, to the money supply and resulting trends.

“For emerging financial systems, such as the crypto-economy,” they explain, “building an understanding of the underlying economic signals is a key factor in empowering participants to make more informed decisions. People are simply less likely to stay in, and are less well served by, a market that appears random and based on hype. If we can identify and monitor clear signals —and those signals are logical— more people will feel comfortable investing. That’s where data can play an important role.”

Maturation and the Taxman is Coming

The firm has so many data sets that it can rather easily determine which wallet addresses are investors, which are speculators, and even the amount of lost coins. Speculative investors are determined through liquidity and “services for transactions.” Un-liquid coins, ones not mined or simply lost or held, offer a sharp contrast from which researchers are able to “categorize the money supply into monetary aggregates known as M0, the most liquid category, through M3, the least liquid.”

The previous study found dumping from new speculators and investors (long-term investors sold $30 billion worth of bitcoin), which, of course, crashed the price at the end of 2017. Since that calendar window, however, a few things have changed. Taking the data further, through last month, “reveals marked stability in each of the monetary aggregates … [All] the monetary aggregates have been extremely steady over the summer months. Specifically, the amount of bitcoin held for speculation (M0) has remained stable between May and August at around 22% of available bitcoin. Similarly, the amount of bitcoin held for investment remained stable during the summer at around 30%,” the study notes.

The crypto market, then, appears to be maturing, toughening as weaker hands left when the going got rough. Indeed, researchers emphasize, “the market seems to have recalibrated after the entry of so many new market participants with different beliefs and expectations than those who held bitcoin prior to 2017.” Chainalysis concludes on an up note, “As such, the first challenge of adoption — getting cryptocurrency into people’s hands— has been overcome, but we are now waiting to see what the next stage of adoption looks like.”

Lastly, researchers at Diar have determined a tripling of spending at firms such as Chainalysis who obviously monitor on-chain transactions. Analysis is particularly valuable to regulators and tax collectors seeking to enforce know-your-customer (KYC) and anti-money laundering (AML) laws. Using a very comprehensive digital trail left from every transaction ever recorded on the BTC chain, law enforcement agencies can, with help, determine quite a lot. Out of $28.8 million spent by U.S. government agencies on investigations, $5.7 million has been invested in blockchain analysis firms to date, Diar details. Chainalysis has deals with government agencies totaling $5.3 million, with its largest contract being the Internal Revenue Service (IRS) at close to $1.6 million. The IRS has the largest portion of government spending on blockchain monitoring, with Immigration and Customs Enforcement (ICE) second, according to Diar.

What do you think about the state of BTC? Let us know in the comments below.