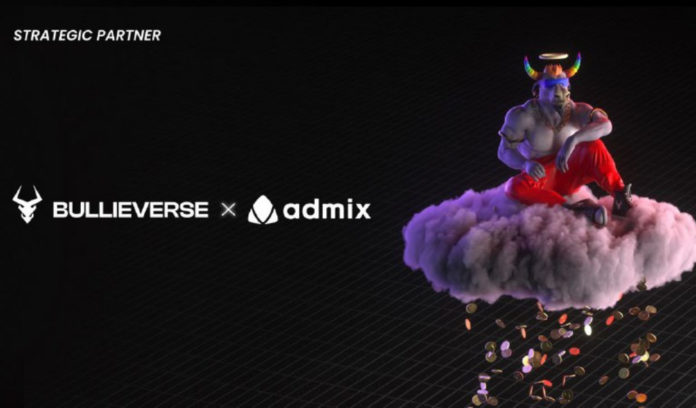 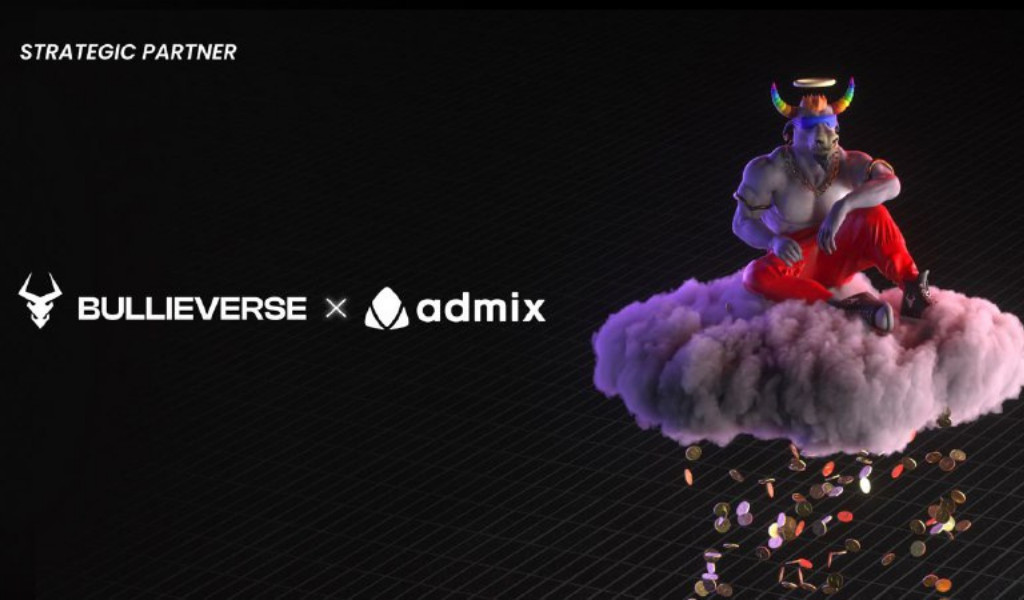 Bullieverse, a 3D metaverse world that runs on Unreal Engine, announced today its partnership with Admix, a leading In-Play monetization company that bridges the gap between gaming content and brands.

Bullieverse has created a virtual world that makes it possible for creators to take full control of their gaming experiences. Through its platform, metaverse users are able to publish their own mini-games with fully developed play-to-earn economies. Their communities can then access these games, challenge their friends and try to win against the competition to earn NFT rewards.

Bullieverse’s original approach to gaming ensures creators are able to build any kind of game they like.

The partnership with Admix will give creators in Bullieverse’s 3D metaverse a way to place non-intrusive advertisements inside video games. With Admix, Bullieverse will be able to build new revenue streams for creators, making it possible for them to provide opportunities for advertisers to create targeted ad campaigns without impacting gameplay or interrupting their player’s experiences. Admix’s in-play ads are unique in that they can often add a sense of realism to games, elevating the overall experience of gamers.

Admix ads are proven to have zero impact on player retention, which explains why more than 300 global games and thousands of advertisers are currently using its end-to-end platform. Admix utilizes a no-code, drag-and-drop SDK, enabling games publishers to easily integrate ads into their games, giving advertisers a way to access the gaming world without offending players, with independently verified measurement and data reporting.

“What I personally like about Admix is the non-intrusive nature of the ads. It only allows experiences that respect user preference. With Admix, we can build ad revenue streams for creators while preserving Web3’s ethos,” said Bullieverse Co-Founder and CEO Srini Anala in a statement.

Admix is an in-play monetization company that’s pioneering imaginative and reliable alternatives to traditional digital advertising in mobile games, allowing creators to monetize the metaverse in the most acceptable way. Its innovative In-Play billboards deliver non-intrusive ads that do not impact gameplay, giving brands a way to be seen without being ‘seen’ while respecting the privacy of their audiences.

Centered on Bulliever Island, Bullieverse is a system of play-2-earn games within one metaverse universe. This ecosystem is continually expanding, with new players joining the community, creating their own games, and monetizing them through P2E elements. Equal parts gaming and earning, this system allows the strong community that follows this project to become a citizen of Bulliever Island and begin to earn through their playing.