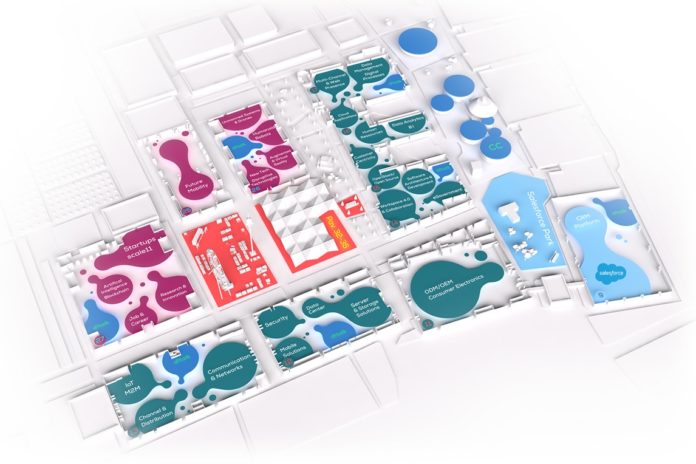 The IOTA Foundation participates in this year’s New Cebit – Europe’s Business Festival for Innovation and Digitization. As a triple-punch event featuring exhibits, conferences and networking, CEBIT covers the digitization of business, government and society from every angle. Its four sections – d!conomy, d!tec, d!talk and d!campus – represent an entirely new approach, but one thing remains: the show’s core focus on generating leads and business for all concerned! The IOTA Foundation is part of the Volkswagen Future Mobility in Hall 25, Stand A23.

CeBIT is the largest and most internationally representative computer expo. The trade fair is held each year on the Hanover fairground, the world’s largest fairground, in Hanover, Germany. It is considered a barometer of current trends and a measure of the state of the art in information technology. It is organized by Deutsche Messe AG.

With an exhibition area of roughly 450,000 m² (5 million ft²) and a peak attendance of 850,000 visitors, it is a larger both in area and attendance than its Asian counterpart COMPUTEX and its no-longer held American equivalent COMDEX. CeBIT is a German language acronym for Centrum für Büroautomation, Informationstechnologie und Telekommunikation, which translates as “Center for Office Automation, Information Technology and Telecommunication”.

The Volkswagen Group is planning a major show at the new Cebit in June. The automaker has its own stand and will host the one-day “Volkswagen Summit”. There will also be a world premiere at the fair.

The German automaker Volkswagen wants to be as present at CeBIT as never before “. The company will be giving a “comprehensive insight into the future of mobility and the latest digital technologies” at its stand in the “Future Mobility” hall 25, “said Volkswagen in Wolfsburg. At the booth there will be a world premiere, which is about the future of mobility, the group announced.

The revamped Cebit will take place for the first time in summer this year (11th to 15th June 2018). Besides the exhibition there will be a festival with conferences and music. Among others, Jaron Lanier and Julia Shaw have already agreed; Among other things, the head of Boston Dynamics presents the robots of the company and talks about the future of robotics. “Cebit is the ideal place for us to present the innovative power of our Group and its brands to a broad public,” said IT and Finance Director Frank Witter.

The Volkswagen Group’s presentation includes various application examples, from new forms of digital automotive design to quantum computing and blockchain to applied artificial intelligence. “Volkswagen is at the forefront of all future digital fields, and our experts are doing pioneering work in many areas,” said Martin Hofmann, Head of Volkswagen Group IT.

The automotive industry is changing. The corporations are developing into technology and service companies. The boundaries to other sectors are blurred, the automakers have long been at major events in other technology sectors such as the electronics trade fair CES , the Mobile World Congress or the Web Summit . The new CEO Herbert Diess wants to actively shape this change.

“Volkswagen is developing into an integrated hardware, software and services company,” said Chief Digital Officer Johann Jungwirth. “What the future of mobility looks like, we will also be presenting a world premiere at CEBIT.”

On June 12, the manufacturer also organizes the “Volkswagen Summit” in Hall 27. In the lectures and discussions with representatives from industry, science and politics, it will spend a day on future issues – such as the future of mobility and the future of work , In Hall 27, Volkswagen employees are also available as contact persons for startups and career opportunities.

At the Bosch Connected World Conference 2018, Volkswagen announced that they will cooperate with IOTA in developing decentralized technology for connected cars. This came shortly after the automotive supplier, Bosch invested in IOTA. Volkswagen Chief Digital Officer, Johann Jungwirth described the potential of the partnership.

Besides the geographic proximity of the three companies, IOTA brings other benefits to the model that traditional blockchain technologies do not offer. IOTA uses a non-blocking tangle system, making it optimal for IoT (Internet of Things) through its ability to combine with a virtually unlimited number of endpoints.

IOTA requires each new transaction to validate two or more other transactions in the network before it can be validated. In other words, as the IOTA network grows, transactions are validated faster, not slower as with most traditional blockchain solutions, while maintaining a high level of security, and its developers also promise quantum security.

Volkswagen’s vision is to use IOTA in new Connected Car systems. As a starting point, it may protect the distribution of Over-the-Air (OTA) software updates. In this way, IOTA may be used to distribute updates to vehicle computers securely, efficiently and wirelessly.

IOTA may also serve as a MaaS solution (Mobility-as-a-Service) using Volkswagen vehicles for transportation. This technology is key to developing Smart Cities. The goal would be to solve urban density problems using data and logic, with cars and other modes of transportation that people may use as a service, rather than bringing their personal cars into urban areas. IOTA may therefore play an integral role in end-to-end trip planning, booking, and payment services associated with using these mobile services. As part of the partnership between Volkswagen and IOTA, Jungwirth joined the Supervisory Board of the IOTA Foundation. In this role, he will oversee the foundation’s annual budget and roadmap, while advising on synergies between the two companies.

VW is already developing future technologies, including its first fully autonomous vehicle, the concept I.D. This concept car is designed to learn your driving preferences and personal settings, while providing a fully automatic mode complete with steering wheel retraction, where it will drive you to your destination on autopilot. The I.D. was unveiled at the 2016 Paris Motor Show and includes no visible controls or conventional foot pedals. Instead of using these conventional controls, you drive using gestures and voice control.

The concept includes a scenario where drivers would have their own Volkswagen ID to unlock and start cars with compatible smartphones. This is where IOTA and MaaS technology may come into play. Imagine where you get in a random car parked in the city, and based on your preferences, the environment is automatically customized to your preferences.

VW plans to produce over 20 electric vehicles by 2025, with the ID kicking things off in 2020 in the compact class. Other car manufacturers are getting into the autonomous vehicle space, and new players like Google and Nvidia are looking to provide much of this technology. However, Volkswagen and IOTA is first serious partnership between an established automobile manufacturer and a decentralized software company.

May witnessed sustained bearish action in the cryptocurrency markets, with many markets giving back most of the gains made during...