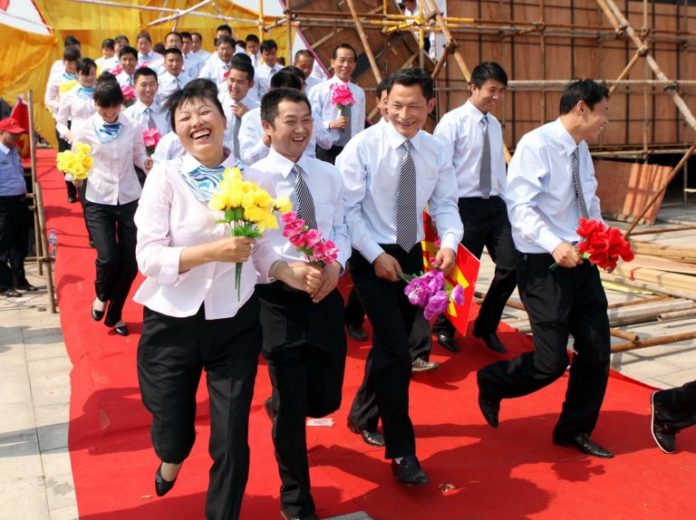 Understanding a complex subject should be easier with access to educational materials. With blockchain and CBDC now part of Beijing’s political vocabulary, the Communist Party of China (CPC) has issued a guide to digital currencies meant to prepare party officials for upcoming changes in the country’s financial system.

Handbook Educates Party Functionaries About the Impact of Digital Currencies

“Digital Currency: A Reader for Cadres” is part of a series of guides on various current topics, from artificial intelligence to blockchain technology, Bloomberg reported. The handbook has been released by the publishing house of the largest newspaper group in China, People’s Daily, and is now in printing for its second edition. In 200 pages, the guide acquaints readers with important aspects of digital currencies. Its 23 articles cover not only the basics but also more sophisticated matters such as the impact these currencies could have on monetary systems and global finance, the publication details. Noting their goal is to assist CPC cadres in expanding their understanding of the underlying technology, the authors have stated on the cover:

Digital currency is inevitable in the course of history.

The guide comes out as China prepares to complete the development of its central bank issued digital currency (CBDC). The research into the matter started about five years ago but the People’s Bank of China (PBOC) stepped up its efforts after the announcement of Facebook’s Libra project last summer. Also, a Politburo meeting in October revealed that the Chinese leadership wants the country to gain an edge in the blockchain field.

No timetable has been released for the issuance of the sovereign coin yet but according to recent reports by Chinese media, the central bank has completed “top-level design, standard formulation, functional research and development” as well as “joint testing” of the digital yuan. PBOC is now focusing on establishing “stability, security, and control,” the bank’s Digital Currency Research Institute announced.

Despite the stated progress, a launch date was not announced. According to previously available information, the Digital Currency Electronic Payment (DCEP) system, as the project is also known, will be introduced with a two-tier approach. PBOC will first issue the currency to commercial banks, which will then distribute it to the public. In December, the 8btc crypto outlet reported that the digital currency will be piloted in Shenzhen, China’s tech hub, and the city of Suzhou.

The trials will be led by the People’s Bank of China and will be conducted with the help of four state-owned commercial banks: Industrial and Commercial Bank of China (ICBC), Agricultural Bank of China (ABC), Bank of China (BOC), and China Construction Bank (CCB). Three leading telecom operators, China Mobile, China Telecommunication and China Unicom, will also take part, the website detailed.

Parallel to the development of the digital yuan, Chinese authorities have been cracking down on platforms working with decentralized cryptocurrencies, with particular focus on exchanges and companies related to ICO projects. The government has also been busy dealing with serious issues in the traditional financial system, where a liquidity crisis is brewing on the interbank lending market with Beijing intervening to bail out several small banks. The debt-to-GDP ratio of China has reached 255% in the past decade. And the latest symptom of the hurting Chinese economy manifested itself in figures showing a 7.5% drop in passenger car sales last year, the second annual decline in a row.

What do you think about the digital currency guide issued by the Communist Party of China? Tell us in the comments section below.

What Will Bitcoin Difficulty Adjustment Mean For BTC Prices?

This week will see an adjustment in bitcoin difficulty which will affect miners and could influence prices. The asset just...