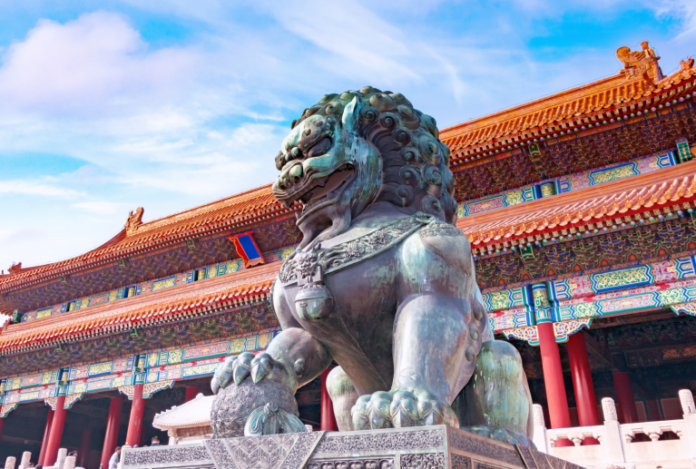 China’s Center for Information and Industry Development has published its year-end crypto project rankings. Thirty-five projects were evaluated and ranked overall as well as in three separate categories. Bitcoin has risen in ranking while EOS remains China’s favorite.

The Center for Information and Industry Development (CCID), under China’s Ministry of Industry and Information Technology, released the 15th update of its crypto project rankings on Friday. While the hype for blockchain technology initiated by President Xi Jinping has somewhat subsided, the center continues its work on evaluating and ranking crypto projects. This month’s release is the last one this year. The center evaluated the same 35 projects in December as it did for the previous rankings in September.

In addition to the overall ranking, the CCID evaluated all the projects based on their basic technology, applicability, and creativity. EOS remains at the top of the overall ranking, followed by Ethereum and then Tron. The center started ranking Tron in February, debuting it at number two overall. However, in July, it dropped to the third place and Ethereum regained its number two ranking. In September, Tron overtook Ethereum once again but only to fall to the third place once more this month. NULS ranks fourth, followed by Lisk, Neo, Steem, and Bitshares. BTC has risen from the 11th spot to the 9th spot. BCH also improved, rising from the 30th spot to the 27th spot.

The CCID describes itself as “a first-class scientific research institution directly under the administration of the Ministry of Industry and Information Technology of China.” It provides professional services to the government including research, consulting, evaluation, certification, and research and development, according to its website. The center has been working on its Global Public Blockchain Technology Assessment Index since the beginning of last year. The rankings are compiled by CCID (Qingdao) Blockchain Research Institute, an entity established by the CCID, in collaboration with other organizations such as the CCID Think Tank and the China Software Evaluation Center. “The result of this assessment will allow the CCID group to provide better technical consulting services for government agencies, business enterprises, research institutes, and technology developers,” the CCID previously explained.

The CCID explained that the basic technology sub-category mainly evaluates the technical implementation of the public chain, primarily examining its functions, performance, security, and decentralization. This month, EOS and Tron still occupy the first and second places, the center noted, adding that “The average value of the basic technology sub-index has not changed much from the previous period.” The applicability sub-index mainly evaluates the comprehensive level of the applications that the public chain actually supports, including node deployment, wallet applications, development support, and application implementation. In this evaluation period, the center revealed that “The average value of the overall applicability index increased significantly from the previous period.” The creativity sub-index mainly examines the continuous innovation of the public chain, including the number of developers, code updates and code impact. The center noted that compared to the previous period, the average creativity sub-index has only increased slightly.

What do you think of this latest CCID rankings? Let us know in the comments section below.

Images courtesy of Shutterstock and CCID.

The Argentinian government has been hit with a Bitcoin ransomware attack. According to the latest information, the hacker demanded 50...