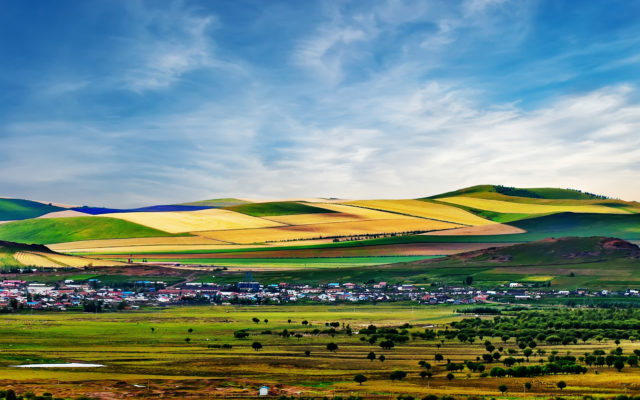 Authorities in China’s autonomous region of Inner Mongolia released a notice requiring local cryptocurrency mining firms to stop their operations, according to ChainNews.

Is Inner Mongolia Starting a Trend Among China’s Authorities?

China has enjoyed that status of the world’s hub for cryptocurrency mining since it hosts a good share of crypto miners who’re looking for cheap electricity. Inner Mongolia has been among the Chinese regions where many mining firms chose to establish their operations. The coal-rich area allows miners to benefit from inexpensive electricity. Other regions, like Sichuan and Yunnan, are also attractive for miners as they have cheap hydroelectric power.

However, now Inner Mongolia’s authorities are backpedaling on crypto mining. Five local departments, including the Financial Office, the Office of the Ministry of Industry, Development and Reform Commission, the Big Data Bureau, and the Public Security Department released a notice stating that cryptocurrency mining wasn’t helping the local economy at all, calling it a pseudo-financial innovation.

The authorities decided to cease support for crypto miners even though some companies managed to reach exclusive agreements with municipalities. For example, Bitmain has an agreement with the authorities of Ordos to get even cheaper electricity.

The decision of Inner Mongolia’s departments might point to the general attitude of China’s government towards mining operations.

In April of this year, we reported that China’s National Development and Reform Commission (NDRC) had revealed its plan to eliminate Bitcoin mining within the country. The chances are that the process starts with Inner Mongolia.

Mining Crackdown to Be Carried Out in 2 Phases

The strategy to drive out crypto miners will have two separate phases.

The first phase, planned for the period from September 3 to September 25, 2019, the region’s cities will examine the situation and will self-report. They will provide feedback to the region’s Ministry of Industry and Information Technology before September 30.

The second phase starts on October 10 and continues until the end of the month. Inner Mongolia’s departments will form a joint inspection team to conduct supervision and report on the rectification.

Do you think Inner Mongolia’s decision will have a serious impact on crypto mining in China? Share your thoughts in the comments section!