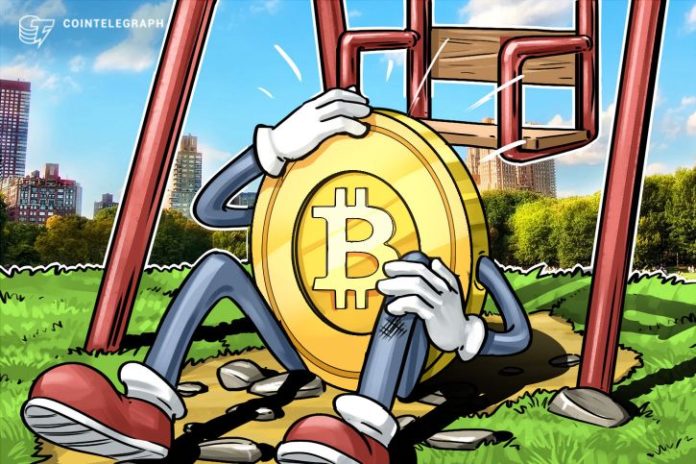 According to Quartz, the Coinbase app fell to 40th place in June download rankings, its lowest download ranking since April 2017. The situation reportedly reflects the fickleness of retail traders, who make up the greater part of trading volume in crypto markets. In December, Coinbase reportedly became one of the top finance apps in the U.S. in terms of downloads backed by the price of Bitcoin (BTC), which surged to $19,000.

Coinbase has recently come under fire after a Freedom of Information Act request by Mashable revealed 134 pages of complaints filed by Coinbase users with the U.S. Securities and Exchange Commission (SEC). Suggesting that a failure to handle customer queries could be attributed to the company’s sky-rocketing growth in 2017, a Coinbase spokesperson responded to Mashable, explaining that:

“…consumer demand for our services increased by 40x [in 2017] and we experienced transaction volumes in November and December of that year that grew by 295 percent.”

Coinbase co-founder and CEO Brian Armstrong reportedly said on Twitter that the exchange is not concerned about short-term prices and negative press, arguing that downward tendencies help rid the market of players who are there for the wrong reasons.

Earlier this month, Coinbase announced the launch of its digital assets custodian solution for institutional investors, “Coinbase Custody.” While Coinbase has been storing over $20 billion of clients’ crypto during the past six years, the new custody offering will be safeguarded through an SEC-compliant and FINRA-member independent broker-dealer,  Electronic Transaction Clearing (ETC).

Localbitcoins Trader Sentenced to One Year in Prison

A Southern Californian Localbitcoins trader has been sentenced to prison for a year for unlicensed money transmitting and money laundering....