Coinbase, one of the largest and most successful crypto trading platforms, has announced that it will be supporting Ethereum-based ERC20 tokens “in the coming months.”

ERC20 is the name of the technical standard used to create tokens based on the Ethereum network, of which there are more than 50,000; Bancor, Qtum, OmiseGo, EOS, and Status are just a few examples. However, the blog post announcing the support of ERC20 also said that “we aren’t announcing support for any specific assets or features at this time.”

We’re excited to announce our intention to support the Ethereum ERC20 technical standard for Coinbase in the coming months.

We are not announcing support for any specific assets today.https://t.co/glAjG42tZD pic.twitter.com/S1tPXJcTGH

In the past, Coinbase’s announcements have had immediate and noticeable impact in the cryptocurrency markets; the accessibility that Coinbase provides often ushers in a group of new investors to markets that were previously untapped.

However, the bearish run that has dominated the crypto markets since the beginning of the year hardly coughed at Coinbase’s announcement. Perhaps this will change when a more concrete timeline for the new feature is known.

At the time of press, Ethereum was down nearly 13%; Bitcoin followed close behind with an 8% drop in the last 24 hours. 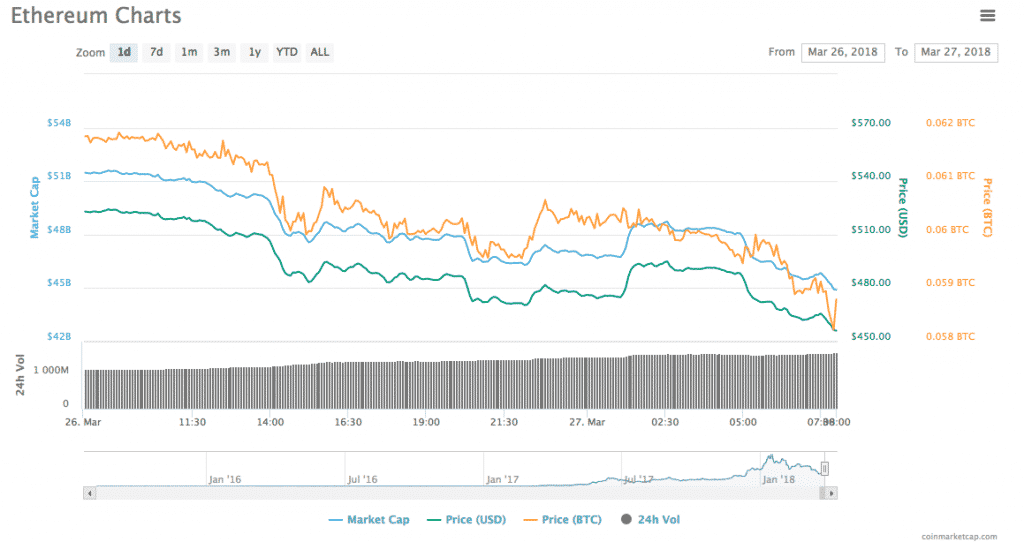 How Will This Effect Coinbase?

Each of Coinbase’s products will be affected by this addition in different and potentially profitable ways.

GDAX, Coinbase’s ‘home’ exchange, will “wait for regulatory clarity” before making final decisions as to which ERC20 tokens it will list. The United States government is in the midst of a series of discussions on how cryptocurrencies will be regulated and taxed, but some ERC20 token sales (ICOs) have already been halted by the SEC. Therefore, waiting for greater clarity makes sense, although no timeline was given.

In accordance with Coinbase’s set of guidelines, ERC20 tokens will only be listed on Coinbase and Coinbase Asset Management after they have been chosen for listing on GDAX. This is to prevent price-pumping schemes.

The addition of ERC20 tokens to Custody is predicted to open the door to a wider variety of institutional funds in the future. Also, “Custody will likely support more assets than those available to trade on GDAX or Coinbase for the foreseeable future,” the announcement said.