CoinText.io has launched its service in Hong Kong, Israel, and the Palestinian territories, according to a company press release.

With this development, the service is now available in 25 countries.

CoinText software allows users to send cryptocurrency via text message, without having to be connected to the internet. Signing up to the service entails texting the word ‘START’ to a given phone number. If someone is sent money and they don’t have an account, the money is stored until they open one.

The service was launched in March 2018, and claims that almost 2,000 people were waiting to sign up. Initial users each received 50 cents’ worth of Bitcoin Cash as a starting gift, paid for by donations from the Bitcoin Cash community. In July, the company made $600,000 in funding, mainly from a Texas-based venture capital company called Yeoman’s Capital.

Hong Kong is CoinText’s first Asian country. The application works in English in the two new regions, but the company says that it is working on Chinese and Hebrew language access.

Founder and lead developer Vin Armani said: “These are important regions for us to connect because they’re financial centers. And CoinText gives them a simple alternative to physical cash.” 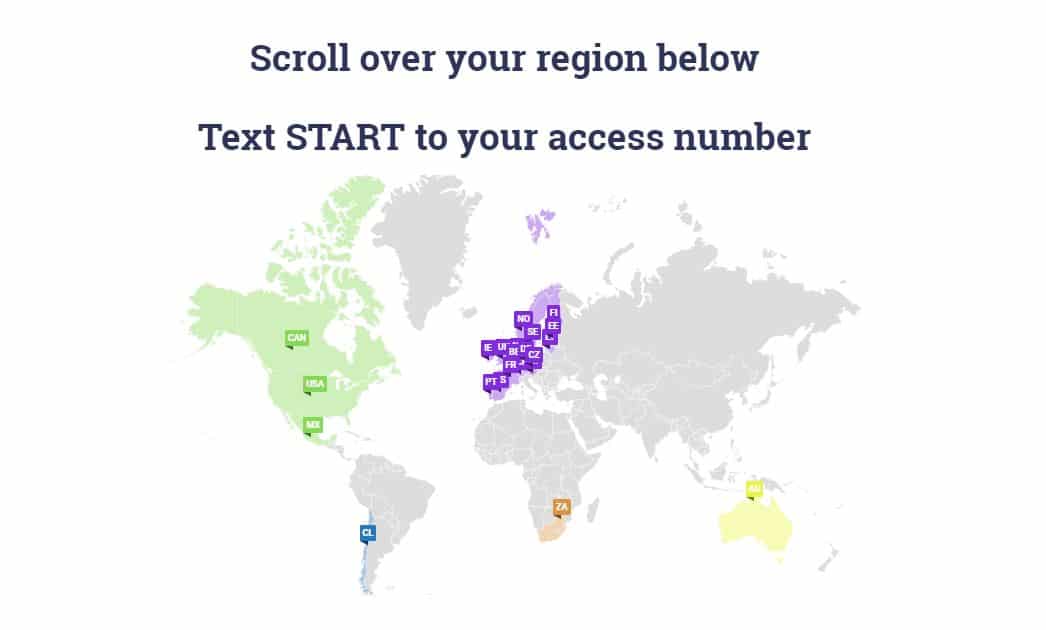 Source: cointext.io (the website has not yet been updated with the new regions or an accurate map projection).

A bank inside your mobile phone

Mobile phone-based banking may be a novelty to people in the First World, but to vast swathes of humanity it is a lifeline.

According to the World Bank, 1.7 billion adults did not have a bank account as of April 2018. However, two thirds of these do have a mobile phone. Jim Yong Kim, World Bank Group President, said: “Financial inclusion allows people to save for family needs, borrow to support a business, or build a cushion against an emergency. Having access to financial services is a critical step towards reducing both poverty and inequality…”

In addition to this, tens of millions of Africans work abroad in order to send money home. Access to cryptocurrency could be particular useful to them.

According to Quartz Africa, there are approximately 100 million users of mobile phone banking on the African continent, transacting $2.1 billion between them. In fact, The Economist reported last year that 25 percent of the gross national product of Kenya passes through M-Pesa, a mobile phone service.

As you can see from the map above, CoinText is not available in Africa. However, Armani once said that by the end of 2018 his company’s world coverage would be almost 70 percent.

For the latest cryptocurrency news, join our Telegram!
You want the latest news about Crypto? Sign up to our weekly Newsletter!