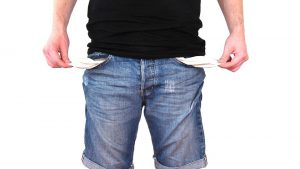 The Connecty.io initial coin offering (ICO) has been rescheduled due to tough marketing conditions and regulatory concerns. In a press release published by the artificial intelligence (AI) knowledge marketplace, the Connecty team announced its presale will now run beyond its October 31 deadline until November 30. During the preliminary phase, the Connecty ICO will sell 20% of its tokens and reach a soft cap of €1 million/$1.13 million. Once the initial Connecty token sale is complete, the team will look to launch its main fundraising drive during the first quarter of 2019.

For those asking what is the Connecty ICO and why is it stalling for time, the team has offered a comprehensive explanation. Despite suggestions that management issues are behind the deadline extensions, the evidence seems to suggest external factors are behind the change of plan. In describing its business, the Connecty ICO team said that the platform will bring together AI developers in a new way.

By offering a decentralized marketplace for ideas, companies will be able to develop ideas, find partners and exchange contracts across a single platform. According to Connecty ICO, the knowledge exchange market is worth upwards of $138 billion per year. Based on this, the blockchain-focused business is confident that its product will attract interest from some major corporations.

“Connecty is a great project. It is ahead of its time and having a big traction in the traditional world where joint ventures and private funds have shown big interest to invest in. Our aim, however, is to convince crypto community as we believe they are the key to the mass adoption,” Connecty CCO Philippe Chometton said in the official ICO news release.

As to why the Connecty ICO cryptocurrency (CTY) will now be available for longer, the team outlined three main reasons. The first was a need to give AI developers more time to connect with the platform. Beyond that, the two most interesting reasons involve timing and regulation. Picking up on the idea the ICO news that investment levels have dipped in recent months, Connecty believes it’s prudent to wait until the market regains some strength. Indeed, with research showing the 80% of the projects listed on the 2017 ICO list were scams, investors have been pulling back since August.

On top of falling interest in ICOs, the Connecty ICO team wants to receive AMF accreditation before moving forward with the token sale. By gaining approval with France’s version of the U.S. Securities and Exchange Commission (SEC), the team believe it will help French investors avoid the problems seen in South Korea. Because of these two issues, the decision was made to extend the Connecty ICO.

What will be interesting to see is whether other projects follow suit. As the ICO register for 2019 starts to take shape, tougher market conditions could change the state of play moving forward. For investors, this could mean more value as companies are forced to lower the price of their tokens in order to stay competitive. If that happens, learning how to invest in ICOs could become a profitable move in the coming year.

*Information in this article shouldn’t be taken as investment advice.

Bitcoin Press Release: BlockVentures has announced the launch of its tokens and Security token listing platform, Securities.io. The platform is...