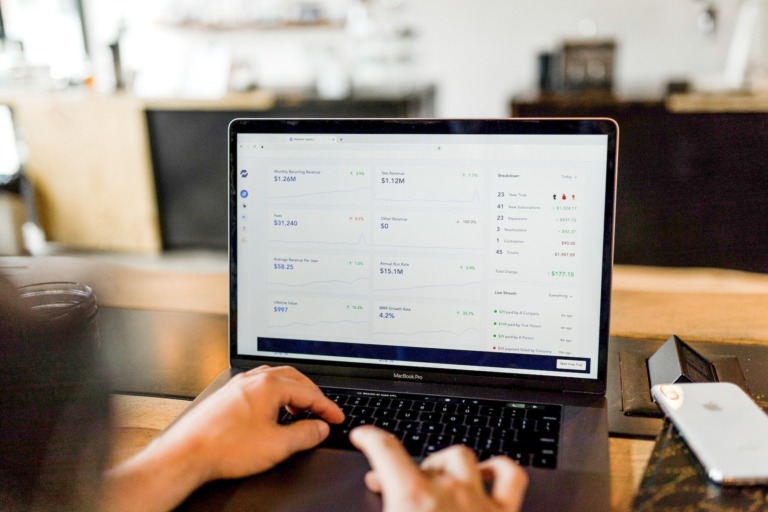 Even in the highly unpredictable world of crypto, 2020 has made for an exceptionally volatile year so far.

The summer months have been punctuated the unprecedented rise of the decentralized finance (DeFi) movement followed by heavy falls across the cryptocurrency landscape.

The jewel in the crown of DeFi, yearn.finance, was catapulted to values upwards of $38,300, and a market cap of over $1.1 billion just months after its launch. Backed by advanced and practical DeFi applications like smart contracts and blockchain-based insurance, DeFi tokens like YFI are supported by exciting and tangible technology.

Given their advanced frameworks, could this mean that the DeFi boom for yEarn and its counterparts will harm the long term viability of more speculative traditional cryptocurrencies like Bitcoin? Or could the world’s oldest and most famous cryptocurrency push back against the brave new world of decentralized finance?

Why Yearn.Finance is Different

YFI is certainly a cryptocurrency with a difference. Writing for Forbes, Joseph Young has attributed the rise of Yearn.Finance to four major components: a unique supply, an active community, a respected developer, and innovative products.

Significantly, yearn.finance developer, Andrew Cronje, rebranded and relaunched yearn.finance with a suite of new and cutting-edge products. He also released YFI with no premine, a significantly limited supply of just 30,000 tokens, and no founder reward.

These factors made the launch of yearn.finance seem extra-special to would-be investors. The levels of transparency offered by the developer, who made it clear that he wouldn’t have any tokens reserved for himself, rapidly established a level of trust among investors.

Another key factor behind the early success of yEarn can be found in its willingness to innovate with new and ambitious features. At the end of August, yEarn launched an insurance incentive for major DeFi tokens. Cronje explained: “The next step is insured tokens (fidDAI, fidUSDT, etc) that allow 1:1 value protection. To accomplish those, however, we first needed to protect against black swan events.” 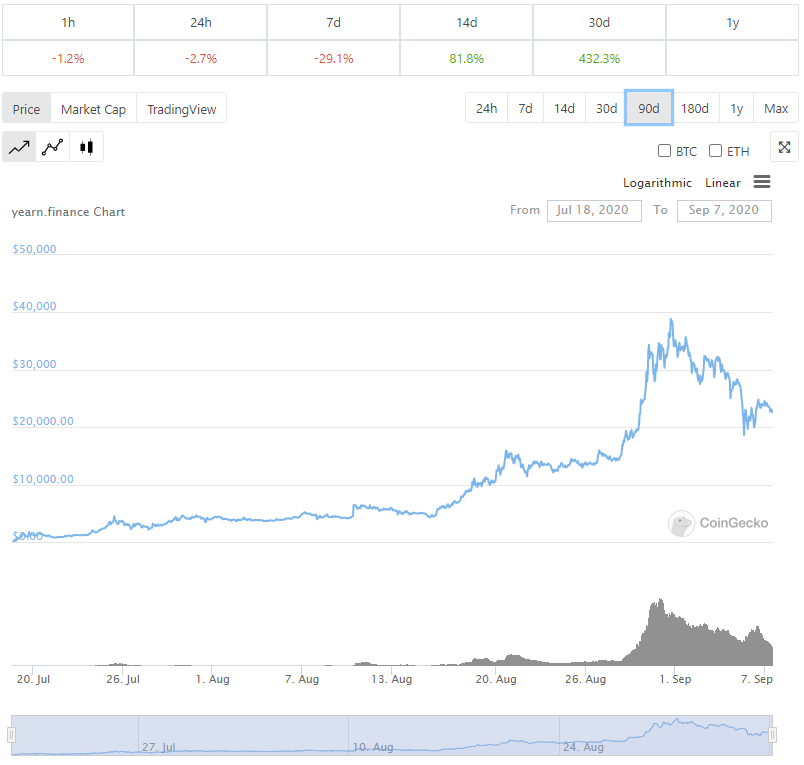 As the chart above illustrates, YFI’s rise has been meteoric. From an opening day value of around $52 dollars on July 18th, it took little over a month for the DeFi token to see a peak just shy of $40,000. Since its peak, a drop has occurred – leaving YFI’s 30-day value percentage at +432.3%.

The Rise of DeFi

So, what is DeFi and why could it be a threat to traditional cryptocurrencies? Well, the arrival of cryptocurrencies some 10 years ago came with the promise of universally seamless payments across the world for all users. In 2020, the DeFi movement arrived pledging to take this notion one step further.

Through DeFi, we’re challenged to imagine an open alternative to just about any financial service in use today, from savings, loans and trading, to insurance, business contracts and much more, all readily available without any external influence.

Smart contract blockchains, like the long-term understudy to Bitcoin, Ethereum, have made it possible for individuals to take out complex financial services without the involvement of banks, lawyers or just about any other middleman.

Smart contracts exist as programs running on a blockchain that can be automatically executed when certain pre-determined conditions are met. This enables developers to create much more sophisticated financial constructs beyond the realm of simply transferring crypto.

Fundamentally, DeFi looks to position itself as a logical evolution in the functionality of cryptocurrencies. The success of yEarn has illustrated the widespread excitement for the arrival of decentralized finance, but could the advanced technology really hurt Bitcoin?

Firstly, it’s important to note that there will always be a place for cryptocurrencies as an investment tool and storage of value. For investors, different currencies can help to forge an escape from ailing fiat currencies and economic uncertainty.

Cryptocurrencies are a straightforward way of holding digital wealth, and non-KYC crypto exchanges have made it easier than ever to simply build a wallet without having to rely on the whims of domestic financial markets to consolidate wealth.

However, the fact remains that 2020 has been a testing year for Bitcoin, and the cryptocurrency market as a whole, the Bitcoin halving event in May this year failed to have the impact that some investors had hoped for, and September has seen the values of coins across the board fall drastically.

While much of the falling values can be attributed to tumbling values within traditional financial markets, the arrival of DeFi has pushed the whole of the cryptocurrency landscape into uncharted territory.

Speaking to CoinDesk, BeQuant head of research, Denis Vinokourov said: “The explosive growth that decentralized exchanges (DEXs) and all things DeFi has finally reached levels that begin to impact on the sentiment across its centralized exchange (CEX) counterparts.”

The total value locked in DeFi has exploded from ~$1bn to almost $10bn in the space of three months. Its fall backwards to a total value of $7.87bn at the time of writing represents a drop in the ocean for the burgeoning movement, but its large-scale sell-off has played a role in upsetting the crypto markets.

Yearn.finance has exploded on to the cryptocurrency scene, achieving the sorts of values that eclipse Bitcoin’s famous 2017 rally. Along with yEarn, the promise of pragmatic DeFi has caused widespread excitement that blockchain-based financial solutions have finally entered the market.

While Bitcoin has shown time and again that it’s capable of adapting to shifting landscapes, the likes of YFI possess a great deal of intelligent technology. Because DeFi is intrinsically linked to the Ethereum blockchain, the arrival of decentralized finance could herald a watershed moment for the world of crypto. While there will always be a place for Bitcoin in the world of speculative trading, it’s becoming increasingly apparent that the grand old cryptocurrency will need to learn how to co-exist in the brave new world of advanced decentralized finance.

The post Could The Rise of Yearn Finance Harm the Long Term Viability of Bitcoin? appeared first on Global Coin Report.