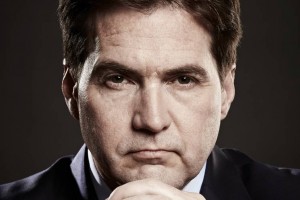 Craig Wright, self-proclaimed creator of Bitcoin (BTC) is no stranger to controversial statements. But his prediction made this time last year certainly stands out as one of his biggest claims.

November 2019 Was Supposed to Be the End

Back in November 2018, Wright stated in a rather cryptic manner that he had information which would essentially see both Bitcoin and Litecoin “killed”. The claim was part of Wright’s idea that what now trades under the BTC ticker is not the real Bitcoin as envisioned by Satoshi Nakamoto.

Who remembers Craig’s claim that he would reveal something something SegWit something, Bitcoin killed?

For that reason, Wright was even prepared to single-handedly destroy BTC on the markets, although that feat is scheduled for 2020.

But the latest prophecy seems to have come and gone without fulfillment, with only 48 hours left before the fateful day.

Made during the sway of the bear market, the prediction that BTC and LTC would be dead coins has not materialized. In fact, the assets are in a relatively good shape.

In the meantime, Wright disappeared from Twitter after a scandal. After relentless criticism from the crypto community, Wright threatened a number of CT personalities with court action, including Hodlonaut and Peter McCormack.

Following an attack after an aggregator bot, he deleted all tweets.

Almost a year since Wright made the claims, his lawsuit against the estate of Dave Kleiman is not going well. Over the course of months, Wright failed to show evidence of owning any private keys potentially belonging to Satoshi Nakamoto. Wright could also not repay Kleiman for the common ownership of BTC from early mining.

As for the coins to be potentially destroyed, BTC for now hovers around the $8,800 level. LTC has also recovered to $61.17, remaining relatively stable for now.

Wright has switched from backing Bitcoin Cash (BCH) to creating enmity with that project, and redirecting his efforts to Bitcoin SV (BSV). While BSV has a robust community, it is hard to believe that in 2020, it would displace BTC let alone take over its markets. So far, BSV trades around $128.28.

Wright has been against the SegWit solution for lighter blocks since the beginning. Instead, the BSV network is attempting scaling through the propagation of large blocks. In real-world conditions, anonymous nodes sometimes give up on propagating blocks above a certain size. But the BSV network aims to build a collection of trusted miners who would have the resources to propagate larger than usual blocks.

Earlier this year, Bitcoinist reported that Bitcoin SV were planning to move ahead with increasing block sizes to 2GB, although fears still remain that most miners will be priced out of the market.

What do you think about Craig Wright’s claims about BTC? Share your thoughts in the comments section below!

The post Craig Wright Predicted Bitcoin, Litecoin Should Be Dead By Now appeared first on Bitcoinist.com.

During the last few years, cryptocurrency enthusiasts have explored blogging and content publishing websites that are powered by digital currencies....