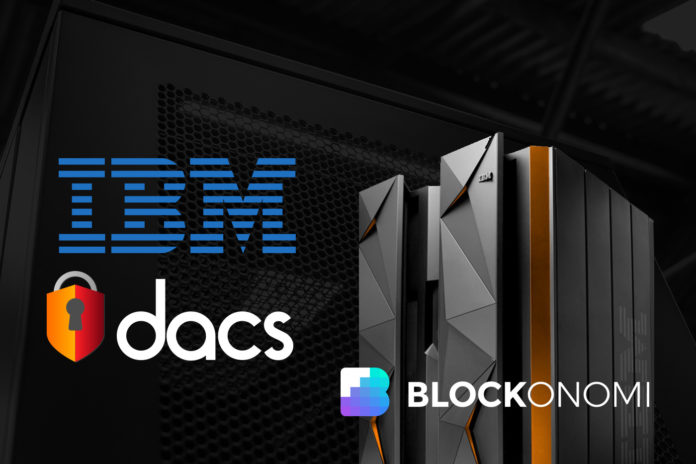 A cryptocurrency custody service entering its beta launch this month will use cloud infrastructure provided by international tech powerhouse IBM. It’s the latest notch in the powerful firm’s cryptoverse belt, as the company has already undertaken a slew of blockchain pilot projects over the last few years.

It’s currently unclear the extent to which IBM was directly involved in the creation of DACS. However, it is known the custody platform will rely on the IBM Cloud Hyper Protect Services suite, which leverages enterprise-grade Linux servers from the tech titan’s IBM LinuxONE offering. IBM had highlighted the capabilities of that suite by allowing Shuttle Holdings to present on DACS at the former’s Think 2019 conference in February.

The target market for the service will be institutional investors, as the platform is designed to scale up and offer customized business logic as needed.

“DACS is designed as a full suite digital asset servicing platform for enterprise businesses, with an ability to scale with our client’s needs,” the company’s website reads.

DACS will also be a cloud-native application, meaning the service will not rely on cold storage technology wherein cryptocurrency keys are held offline. Rather, Shuttle Holdings Chief Investment Officer Brad Chun noted in new comments that encryption in the cloud would provide the required security.

“Instead, we keep keys at rest encrypted in multiple layers as data blobs so that an organization can store these backups using their pre-existing disaster recovery and backup processes and media,” Chun told CoinDesk.

Chun went on to assert that such a system could potentially provide higher security than cold storage solutions and would allow institutional clients to efficiently and easily access their cryptocurrencies for their operations.

IBM’s Stature in the Blockchain Space Continues to Grow

IBM has been ramping up its involvement around blockchain technology for some time now. Indeed, the company has recently offered impressive support to the causes of numerous distributed ledger projects across the world.

Near the beginning of last year, Jerry Cuomo, the company’s blockchain VP, told the U.S. Congress to embrace the tech in order to boost the American economy:

“There is an opportunity for the United States to build upon its momentum to lead blockchain by doing. We should focus our efforts on projects that can positively impact U.S. economic competitiveness, citizens, and businesses.”

That spring, IBM revealed just how sprawling its own blockchain embraces then were, as the firm announced it had undertaken more than 400 distributed ledger projects with more than 60 of its enterprise customers at the time.

And the projects kept coming. In April 2018, IBM participated in a blockchain-based microloans pilot with Kenyan logistics company Twiga Foods. The firm rounded out the spring by joining two more distributed ledger pilots, with one focused on jewelry sourcing logistics and the other focused on tokenizing carbon credits via the Stellar blockchain.

The firm closed out 2018 with further blockchain pilots in Singapore, Dubai, and India, and it also unveiled its IBM Food Trust system, a blockchain logistics platform for the agricultural industry.

Of course, it remains to be seen what further inroads IBM may take into the blockchain ecosystem. But if their track record in 2018 is any indication, they see blockchain tech and its spawn, like cryptocurrencies, as increasingly important to their business activities. That dynamic could bode for bigger adoption developments in the future.

The post Crypto Custody Solution for Banks Being Powered by IBM Tech appeared first on Blockonomi.

What is Altcoin Season and Why Does it Matter?

There are numerous trends in the world of cryptocurrency. While it is evident nearly all of the major currencies rely...