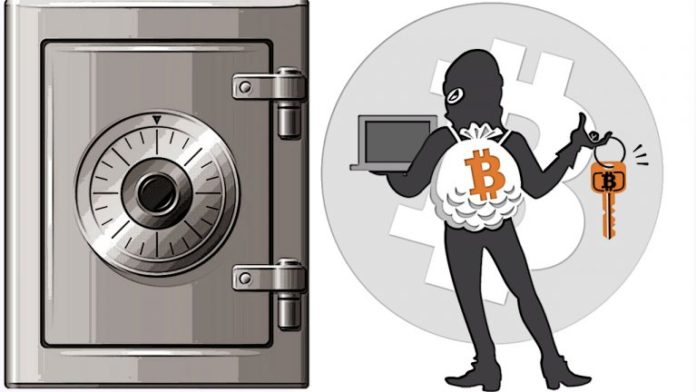 Cryptocurrency exchange Cashaa says it has lost 336 bitcoin (worth around $3.1 million) to hackers.

The London-based platform has now ceased all crypto-related transactions, including withdrawals and deposits, as investigations into the breach get underway.

In a tweet on July 11, Cashaa claimed that the hacker attacked one of its Blockchain.com wallets, which is used to store bitcoin (BTC) and make transfers from the exchange.

The attacker is believed to have implanted malware into one of the exchange’s computers. And as an employee accessed the machine the afternoon of July 10 to make two distinct transfers, the hacker pounced, making off with 336 BTC, valued at more than $3.1 million at current market prices. All this happened in a matter of minutes, between 1:23 pm and 1:26 pm.

“We are still investigating the damage caused by the incident and suspend all the withdrawals for 24 hours,” Cashaa chief executive officer Kumar Gaurav was quoted as saying by industry media.

“We have called the board meeting to decide whether the company will bear all the losses,” he added.

The funds were allegedly sent to the bitcoin address: 14RYUUaMW1shoxCav4znEh64xnTtL3a2Ek, said the exchange. There’s some evidence that suggests coin mixture software is being used to transfer the money and limit traceability

Cashaa suspects the hacker is from east Delhi, India, and has subsequently made a report with the Delhi police cyber crime department.

The company, which also provides financial services to crypto businesses, stated that it had reported the hacker address to “all crypto exchanges” as part of efforts to prevent the alleged thief from using the money.

“All top exchanges and our partners have joined together to give out a strong message to hackers that cashing out hacked #bitcoin is not going to be easy. Thanks to @NischalShetty @CoinDCX @bitbns @binance @WazirXIndia for the quick action,” Cashaa said in the tweet.

“Everyone working in the crypto industry has to work very hard to bring the same level of security which currently an average person has when dealing with a bank account,” he charged, without mentioning any specific platform.

“As of today, hackers are very confident to hack crypto addresses and move it through exchanges that are facilitating such laundering through their systems. Exchanges like these must be shut down and owners of these exchanges should be charged with money laundering facilitation crime,” Gaurav moaned.

What do you think of the Cashaa hack? Let us know in the comments section below.

Despite a brutal bear market that shook out most investors, Ethereum is fundamentally stronger than ever. David Hoffman, the CCO...