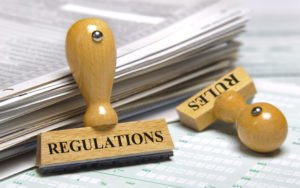 US Democratic presidential candidate Andrew Yang has called for more clarity with regards to crypto currency regulation as the country slips further behind in the rapidly expanding industry.

Andrew Yang On Crypto
In an interview with Bloomberg’s Joe Weisenthal on Wednesday US Democratic presidential candidate Andrew Yang has aired his views on the current state of the crypto industry in the country.
Entrepreneur and philanthropist Yang was first asked on his stance on regulation and allowing people to use their bank accounts and credit cards to move into crypto currency and other forms of money that are not easily tracked by centralized authorities.
“We need to have a uniform set of rules and regulations around cryptocurrency use nationwide because right now we’re stuck with this hodgepodge of state by state treatment and its bad for everybody,”
He added that his priority would be clear and transparent rules so everybody knows where they can head in the future before stating the underlying technology for cryptocurrency has very high potential which we (the US) should be investing in.
Weisenthal then asked if he supported the idea of monetary freedom for people that want to get their money out of the banking system.
He stated that people are already investing in crypto and it could not be impeded with regulations even if they (the government) tried.
The interview moved on to other subjects such as the Chinese Coronavirus but the crypto segment was very poignant and Yang is a clear supporter of the industry.
His outlook is a refreshing change from the usual collection of political dinosaurs and old school banking billionaires that are usually involved in these proceedings.
Yang is also pro the universal basic income which involves getting more money back into the hands of the American people. Following the interview he tweeted;

I’m pretty sure we should give everyone $1,000 a month. I think that would be really great.
— Andrew Yang

Any Sign of The Digital Dollar?
The US is woefully behind the rest of the world when it comes to regulating the crypto asset industry. State departments such as the SEC and CFTC can take months procrastinating over simple decisions that could pave the way for a raft of new investment products.
The central banks of the world are racing to develop their own digital currency while the US sits on its hands. At the Davos WEF former chairman of the Commodity Futures Trading Commission Christopher Giancarlo said that users of USD are ‘underserved by an analogue currency in a digital world’.
According to Jeff Schumacher, CEO of 55 Foundry, a company incubator and investor, told CNBC the digital dollar could be 10 to 15 years away. By this time China will already be running things and Facebook could be more powerful than the archaic FED anyway.
If Andrew Yang gets in things are likely to change fast for the cryptocurrency scene in the US.
Would you welcome a pro-crypto president? Add your comments below. The post appeared first on Bitcoinist.com.