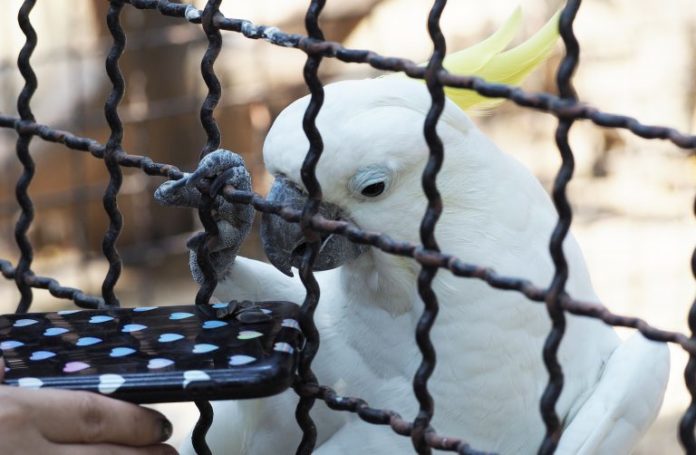 Social media has become so embedded in most people’s everyday lives that it’s hard to imagine life — or even a span of a few hours — without it. While the social media revolution is huge, there’s another revolution within that revolution, driven by users into cryptocurrency, privacy, and immutability: incentivized, blockchain-based social media.

Coming on scene as a pioneer in July 2016, Ned Scott and blockchain developer Dan Larimer’s Steemit boasted to be a first of its kind blockchain-based social media platform, allowing users to earn rewards via Steem for posting, curating, and commenting. Many users compared the site’s style to a kind of “crypto Reddit.”

Larimer, the creator of the Bitshares DEX, DPoS (Delegated Proof of Stake Algorithm), and the current CTO of Block.one (EOS developer), built the site with co-founder Scott on the Steem blockchain, a Graphene-based, DPoS chain. While the site enjoyed initial, highly sensational success — with one well-known and controversial libertarian podcaster raking in $15,000 for a short “introduce yourself” post — user interest has since flagged significantly. A series of seismic management and corporate structuring shifts (including Larimer leaving the project in 2017), coupled with the crypto winter of last year, saw many loyal users searching out greener pastures.

One thing that Steemit did help establish, however, was the potential of blockchain technology to provide relative censorship resistance and successfully reward users for engagement. Neither the platform nor other users could deplatform anyone by reporting or flagging a post (a huge problem currently for many giants in the field like Twitter, Facebook, and Youtube). And when the first payouts came in the summer of 2016, a massive wave of excitement ensued. However, troubles with spambots and abuse of voting power would prove to be significant challenges down the road. Seeking to improve on the shortcomings of the Steemit project, newly-launched (April 2019) Narrative.org has become a home to crypto bloggers interested in a less “wild west” and more centralized approach. Narrative is supposedly more resistant to the abuses which would come to plague Steemit. Multiple account creation is difficult due to KYC policy, and communities are organized around niches (tags) owned by users who can reap monetary benefits for ownership, and elect moderators (a feature not yet implemented on the beta version site) to keep spam from overwhelming the network. A central tribunal exercises executive decision-making power and moderates mostly democratic community activity.

Another notable “spin-off” of Steemit (in this case, admittedly, directly inspired via a pizza purchased with Steem rewards) is Japan’s first blockchain-based social media site, ALIS. Similar to Narrative, ALIS focuses on niche interest groups (like crypto enthusiasts and Japanese manga readers). Though current financial regulations present hurdles for the group, CEO Masahiro Yasu and company maintain their vision of helping users “find trustworthy articles and people quickly” in lieu of depending only on spammy Google search results and unreliable mainstream media. Quality content and curation are rewarded with the ALIS token.

Emerging on April 15, 2018, on-chain social media site memo.cash was launched on the BCH network. With features like native tipping and SLP token creation, Memo is a unique and multi-faceted way to interact with the Bitcoin Cash blockchain. The platform was notably mentioned in July by Ethereum co-founder Vitalik Buterin, when he suggested that the Bitcoin Cash network might provide a temporary scalable data layer for Ethereum:

The BCH community seems to be friendly to people using their chain for whatever they want as long as they pay the tx fees (eg. https://memo.cash)

Though not as visually ornate as some blockchain-based platforms, users are drawn to the functionality and innovative aspects of the platform. The ability to authentically timestamp important information and make it virtually immutable, for example, is an important feature to many. This particular application has been suggested to Twitter CEO Jack Dorsey as a means by which to allow verifiable editing of Tweets.

Another platform built using the Bitcoin Cash blockchain is Honest, which was launched in November, 2018. In keeping with the theme of free speech, the site affirms that:

The internet should reward quality thinking and be a place for an uncensored discussion.

Direct voting via a user wallet allows bloggers to receive BCH for their posts when other users upvote, or, like Steemit and Narrative, when successful curation occurs. While the site is still growing and completing its V2 migration, community members and the honest.cash core team and creator, Adrian Barwicki, are active in development and support via the Honest Cash Telegram chat. (Information based in part on Alexa rankings and data from August 3 and 4, 2019) It’s Anybody’s Game, But the Game Is Here to Stay

The aforementioned Larimer of Steemit fame, along with Block.one CEO Brendan Blumer, has now jumped into the social game once again with his new platform Voice, whose launch was announced June 1. During a recent Telegram Q&A, however, when potential users voiced privacy concerns about strict KYC policies of the platform, Larimer didn’t seem overly receptive:

It should prove interesting to see how the new site develops and fares against the others with drastically different philosophies and mission statements.

However different these platforms may be, it’s an exciting time for social media enthusiasts, crypto lovers, bloggers, developers, journalists and entrepreneurs alike, with the proliferation of this new generation of social media providing unique opportunities in cryptocurrency and security for users.

What are your thoughts on blockchain-based social media? Did we miss one of your favorites? Let us know in the comments section below.

The post Crypto Social Media is Breaking Free: How 10+ Blockchain Platforms Pay You to Post appeared first on Bitcoin News.