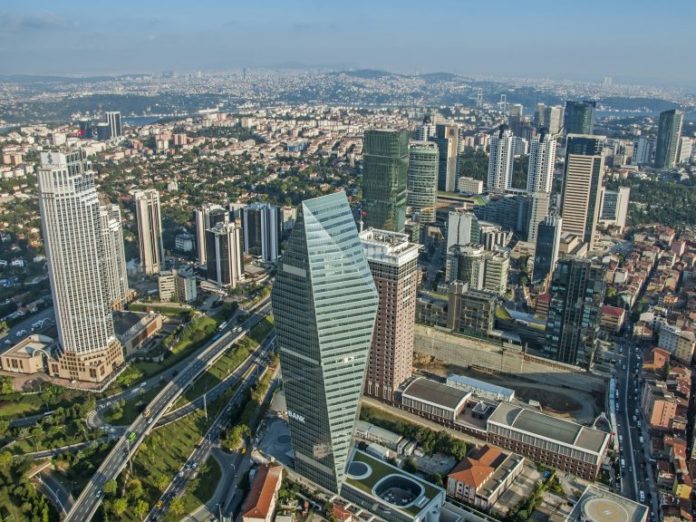 Digital asset exchange Exmo, a leading crypto trading platform in Eastern Europe, has recently registered a subsidiary in Turkey. The company is setting up an office in Istanbul, the financial capital of the country situated on the Bosphorus.

The decision to establish the branch is part of Exmo’s launch in Turkey and indicates the growing significance of the Turkish crypto market in the region. The cryptocurrency exchange already has offices in the Russian Federation, Ukraine, Spain and the United Kingdom. The move comes after Exmo presented a Turkish language version of its website and introduced support for the Turkish lira (TRY). Trading pairs between the local fiat currency and major digital coins such as bitcoin core (BTC), ethereum (ETH), ripple (XRP), and stellar (XLM) are now available.

In an announcement published on its website and social media, the exchange noted that it’s currently finalizing formal procedures to open an account in a Turkish bank. That means a bank transfer payment option will be available to users in the near future.

The Turkish market has become an incredibly pleasant discovery for us. The numbers of traders from the eastern region undoubtedly pleases us. So, we have decided not to stop here and open a representative office in Istanbul in order to have even more opportunities in this region.

Exmo, which was founded in 2013, is based in London, Kiev, Barcelona, Moscow, and now Istanbul. It’s often referred to as the largest cryptocurrency trading platform in Eastern Europe. The exchange reports having a total of 1.6 million users and 50,000 active daily traders.

The platform offers more than 120 trading pairs and has become popular in the region with its support for six fiat currencies including the Russian ruble, the Ukrainian hryvnia and the Polish zloty. According to the company, its average daily trading volume is around $30 million. At the time of writing, Exmo is the 65th crypto exchange listed on Coinmarketcap with a 24-hour volume of close to $18 million.

Turkey is one of those inflation-hit countries where cryptocurrencies have been steadily gaining popularity due to the depreciation of the national fiat currency. Trading volumes on the country’s major crypto exchanges spiked last summer when the Turkish currency saw a big drop against the U.S. dollar. At press time, TRY is trading at approximately $0.18, compared to 26 cents a year ago. In August 2018 its price bottomed at a little over $0.14. That’s when Turkish crypto exchanges registered their highest trading volumes.

Back then, one of the leading local platforms, Btcturk, saw a 350 percent increase in just 24 hours, as news.Bitcoin.com reported. It currently has over $4 million in daily trading volume. Other popular crypto exchanges in Turkey that Exmo has to compete against include Paribu, Koinim, and Koineks, all of which trade a wide variety of digital coins.

BTC trade with the Turkish lira on the peer-to-peer exchange Localbitcoins peaked during the week of Nov. 25, 2018, when according to Coindance the volume reached almost 2.5 million Turkish lira (over $525,000 in today’s prices).

Do you think Turkey will establish itself as a major crypto market in the region? Share your thoughts on the subject in the comments section below.

Dr. Moody Alam is joining IOTA as Director of Research. In this role, Moody will focus on overseeing research at...