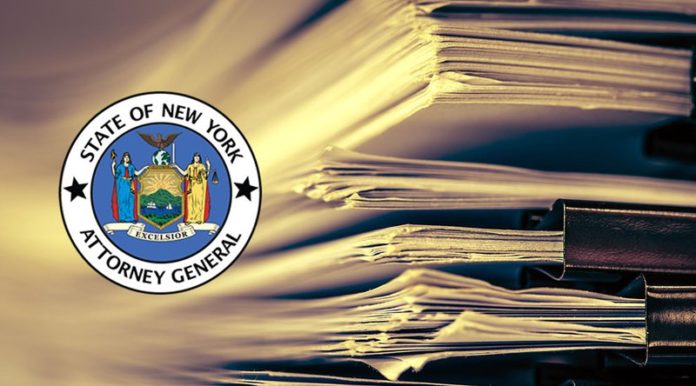 A report titled “Virtual Markets Integrity Initiative,” released on Tuesday, September 18, 2018, confirms what many already know to be true: Many cryptocurrency exchanges do not have proper consumer protections in place and are often targets for market manipulation.

The questionnaire originally went out to 13 crypto exchanges. Ten voluntarily complied with the study, but four did not respond, arguing they did not serve customers in New York. But, after investigating three of those non-responders — Kraken, Binance, and Gate.io — the New York Attorney General’s office “referred Binance, Gate.io, and Kraken to the Department of Financial Services for potential violation of New York’s virtual currency regulations.”

Kraken, the only one of the four based in the U.S., was the most vociferous in its refusal to respond to the inquiry, calling the initial request “ill-prepared” and “an overly broad fishing expedition that asks questions irrelevant to the stated objective and misses obvious questions that actually would be helpful.”

First, exchanges dabble in several lines of business that would normally be carefully monitored in a traditional trading environment. Platforms often simultaneously offer a venue of exchange, perform a role similar to broker-dealers, and act as money transmitters. At the same time, many also have their own large crypto holdings and even issue their own cryptocurrencies.

“Each role has a markedly different set of incentives, introducing substantial potential for conflicts between the interests of the platform, platform insiders and platform customers,” the report states. As an example, the report points out that exchange employees often trade on their own platforms, even though they may have access to information about future trades or upcoming coin listing.

Second, the report claims that many exchanges make little or no effort to halt abusive trading activities. “Platforms lack robust real-time and historical market surveillance capabilities, like those found in traditional trading venues, to identify and stop suspicious trading patterns,” the report says.

What is more, there is often no way to monitor suspicious trading across multiple platforms, and “few platforms seriously restrict or even monitor the operation of ‘bots,’” the report states. “Those factors, coupled with the concentration of virtual currency in the hands of a relatively small number of major traders, leave the platforms highly susceptible to abuse.”

Finally, the report argues that safeguards for customers funds are “often limited or illusory.” Exchanges lack a consistent approach to third-party audits that serve to show that exchanges own the coins or fiat money they claim to hold. “That makes it difficult or impossible to confirm whether platforms are responsibly holding their customers’ virtual assets as claimed.”

Concerns over market manipulation in cryptocurrency exchanges have been popping up again and again. In thinly traded markets, it becomes very easy for so-called “whales” or large holders to move the price of bitcoin, or any cryptocurrency, in whatever directly they want.

The report comes at a time when the U.S. Justice Department is investigating crypto market manipulation, and the Securities and Exchange Commission (SEC) has rejected numerous bids for bitcoin exchange-traded funds (ETFs) on the basis that cryptocurrency markets are simply too vulnerable to fraud and manipulation.