It looks as if another major market maker is embracing the Ripple protocol. Rialto.AI is a cryptocurrency arbitrage platform and a market maker. Although this project has yet to launch, they have also mentioned their plan to use Ripple moving forward. Additionally, this new platform will integrate XRP for cross-market trading as well. It is an interesting turn of events, to say the least.

Whenever a project is announced ahead of its ICO, there is plenty of reason to be cautious. Anyone can capitalize on existing hype surrounding an existing currency or asset. Over the past few months, XRP has become an often talked about topic. It is only to be expected some teams will try to take advantage of this momentum. Not that there is anything wrong with that, yet interested investors will need to do their own research.

This new project has some interesting features. It will mainly focus on arbitrage, market making, and an AI tradebot. Quite a big hill to climb, to say the least. Then again, this space can use more competition, and AI will make a big impact sooner or later. The artificial intelligence solution will be a proprietary self-learning algorithm to predict major market shifts.

What has caught many people’s attention is the Rialto white paper. In this document, the market making aspect is highlighted and mentions how the project will use gateways within the Ripple payment protocol. That is quite an interesting decision, to say the least. It also means all of the arbitrage opportunities could expand well beyond just cryptocurrency. Ripple has ties with some of the world’s largest banks, which makes it an excellent choice for market making purposes.

Whether or not Rialto will be able to deliver, remains to be seen. The ICO will begin on July 15th, and they will accept XRP – along with BTC and ETH – as payment methods. A total of 100 million tokens will be sold, at the price of US$0.2 each. If all things go according to plan, trading assets through Rialto.AI will be established on October 1st of 2017. It is quite an interesting project, but one that has set the bar quite high for itself. 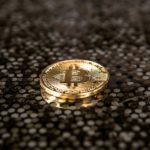 Is It Too Late to Buy Bitcoin in 2020? | Chances of Profitability 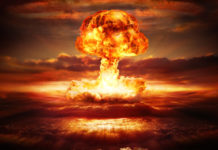 It is not surprising to see Japan go wild about Bitcoin these days. Thanks to a positive regulation, Bitcoin is...