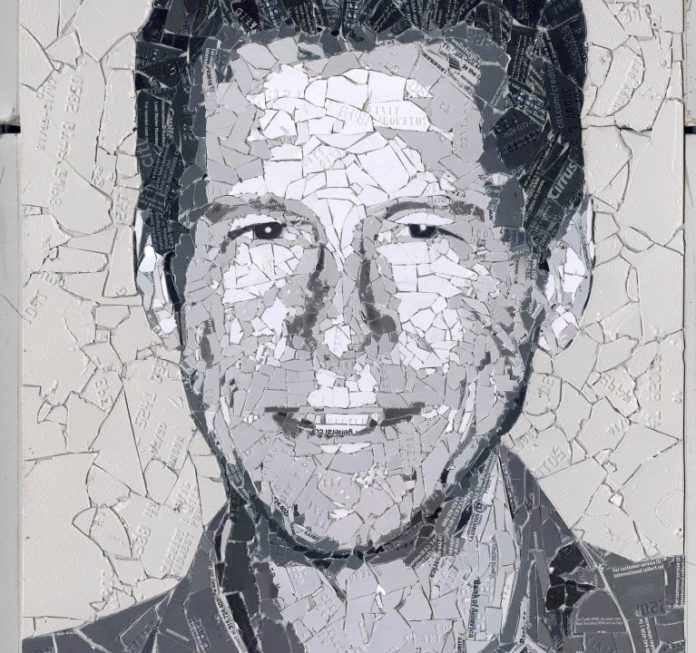 In roughly three days, on Feb. 7, Cryptograffiti’s latest art auction on Bitify will come to an end. “Running Bitcoin,” a tribute to the legendary cryptographer Hal Finney, currently has a bid of $31,000 at the time of writing. Over the past few months, Cryptograffiti has been creating very interesting pieces and unique auctions that showcase the bitcoin ecosystem from a different perspective.

Even if you don’t know Cryptograffiti by name, you’ve probably seen his artwork featured online and on the streets. For instance, one of the artist’s most popular pieces sold last year for $33,000 in cryptocurrency. The work was dubbed “Terrible Store of Value” and was in response to JP Morgan CEO Jamie Dimon’s commentary. Cryptograffiti is also known for his inventive mediums because he doesn’t just use traditional paints and ink. The artist uses repurposed credit cards and U.S. dollars in some of his unique pieces. This week, Cryptograffiti created a picture of Venezuela’s president Nicolás Maduro using Venezuelan bolivars.

This week will see the end to another Cryptograffiti art sale hosted on the cryptocurrency auction site Bitify. The latest work being auctioned is called “Running Bitcoin,” an ode to the well known cryptographer Hal Finney. Tales of the Bitcoin network’s early days say that Hal was the first person to receive bitcoins from Satoshi back in 2009. The portrait is placed on a safety deposit box and made with small fragments of credit cards.

There’s also an old signed credit card of Hal’s attached to the artwork which was given to Cryptograffiti as a gift from Hal’s wife Fran Finney. Not only is Cryptograffiti’s latest work called “Running Bitcoin,” but the artwork also runs a full node by using a wifi-enabled Casa Node attached to the box. Another interesting fact about the Finney portrait’s auction is that half the proceeds will be donated to an organization that helps people fighting ALS.

“50% of the auction proceeds will go to the ALS Association Golden West Chapter who supported Hal during his battle with Amyotrophic Lateral Sclerosis,” explained Cryptograffi

Last December, Cryptograffiti held another auction for a piece called “Black Swan” which was made from repurposed U.S. dollar bills. Unlike traditional auctions, the artwork was sold to the lowest micro-bidder.

“Yesterday I auctioned this piece to the lowest bidder to help promote the Lightning Network and poke fun at MSM’s focus on bitcoin’s price,” explained Cryptograffiti at the time.

Many renaissance movements, especially those that have truly affected the world’s economy, have spread beyond the financial sectors of society and filtered into the world of music, theatre, and art. Bitcoin’s surrounding economy is no different and Cryptograffiti’s artwork and the many other digital currency artisans are proof of these evolutionary changes affecting various facets of our lives. The artist’s latest work which commemorates the 10th anniversary of cryptographer Hal Finney’s involvement in Bitcoin is just another example of this trend.