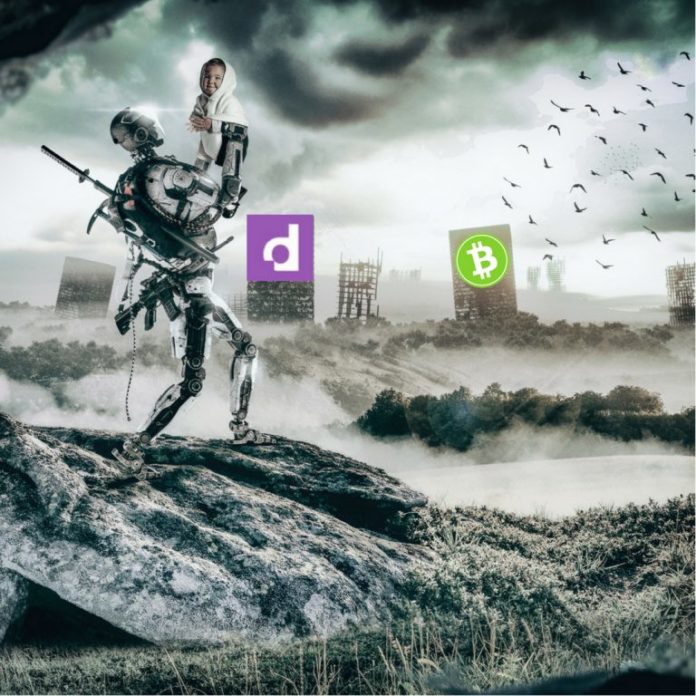 The specter of the deep web looms large over everything bitcoin does. You won’t hear it mentioned by VCs funding blockchain startups, or by options exchanges applying for bitcoin ETFs, but the darknet is the reason we’re all here. A periodic glance into the latest from the deep web provides an insight into the underbelly where bitcoin first bloomed, and where a significant proportion of cryptocurrency purchases still occur.

Ever since Reddit’s r/darkmarkets was shut down, Deepdotweb.com has been the main source of news for purveyors of the darknet. The site has been behaving erratically of late, with European visitors getting an error message when attempting to visit the site. Whether this is the result of a temporary glitch or some sort of GDPR-instigated perma-ban, which has caused other US-based sites to exclude Europeans, is unknown. For all the good work Deepdotweb does in covering darknet activity, it is unhealthy to rely on a single, centralized source of news. All it would take is for authorities to covertly infiltrate the website and they could start controlling the news cycle and funnelling users to honeypot darknet marketplaces.

Thankfully, there’s now an alternative source of news pertaining to the deep web’s major marketplaces. Dread, which resides at dreadditevildot.onion, is Reddit’s r/darknetmarkets reborn, and this time accessible only via Tor. As members of the forum would agree, discussing their business over the deep web, where IPs cannot easily be traced, is in the best interests of everyone. Dread features several boards, with d/darknetmarkets its most popular, with over 13,000 subscribers. Acceptance of bitcoin cash has grown significantly among vendors on Dream, the deep web’s largest and longest-running marketplace. BCH was added around six months ago when BTC fees were high, sparking protest from buyers and sellers who have been priced out of making sub-$100 purchases on the darknet. While BTC fees have since abated, bitcoin cash adoption has continued to rise. Dream Market now records 102,000 listings from vendors who accept BCH, versus 126,000 for BTC. The DDoS attacks that crippled many deep web markets for much of last year have yet to resurface. Dream boasts the second best uptime, at 98.19%, with only Olympus Market, at 99.81%, exceeding it. Worst in the list, as maintained by Deepdotweb, are Rapture with 92.22% and Point with 91.87%. While crypto users squabble, grandstand and shitpost on the clearnet, on the darknet, it’s business as usual, the same as it’s always been since the earliest days of Silk Road: a thriving ecosystem of underground markets where (almost) anything can be bought and sold anonymously.

Do you visit the deep web, and if so, which sources do you rely on for information about darknet marketplace? Let us know in the comments section below.

Images courtesy of Shutterstock, and Dread.