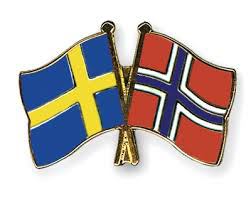 One of the most important banks in Norway, Den Norse Bank (DNB ASA), will be working with the IOTA Foundation to explore possible future applications of IOTA’s Tangle distributed ledger technology. The information has been released on a press release on may the 31st signed by Wilfried Pimenta, Head of Biz Dev at the IOTA Foundation.

DNB Teams Up with IOTA

According to the statement released the IOTA Foundation signed a memorandum of understanding (MoU) so as to find new business models across their respective industries.

“Norway has always ben a vanguard in adopting cutting edge technological paradigm shifts that improve the efficiency of our society, I am very excited at the IOTA Foundation which is spearheading Distributed Ledger Technology and IoT payments working with Norway’s largest financial institution on carrying this tradition onwards.”

This is great news for the IOTA community worldwide – which keeps expanding month after month – and for the crypto community in general. Just some time ago, an important cryptocurrency exchange from Norway lost a case against Nordea Bank for closing its account.

DNB is not the first bank that is working with distributed ledger technology. In general, several banks all over the world are implementing blockchain solutions so as to improve the services and products they are offering to the market.

At the moment, DNB ASA, is Norway’s biggest bank and one of the most important in the other Nordic countries. It has a market capitalization of $238 billion dollars and is not the first time that it invests in blockchain technology. In the past it worked with the R3 consortium, Ethereum, Hyperledger and EOS.

IOTA has also been working with Sweden so as to power its cryptocurrency known as e-Korna. The Swedish central bank, Riksbank, said that the e-Krona could be used for small transactions between consumers, companies and local authorities.

In this way, Sweden would be among one of the first countries so as to implement a national cryptocurrency using IOTA.

IOTA is revolutionizing several industries and the Nordic countries are among those benefited by this technology.

Den Norse Bank Ready to Explore Applications for IOTA’s Technology was originally published on https://usethebitcoin.com/. The IOTA-News Community curates, examines, and summarizes news from external services while producing its own original material. Copyrights from external sources will be credited as they pertain to their corresponding owners. The purpose is to make use of 3rd party content or pictures as either allusion or promotional endorsement of mentioned sites. If you have a claim of copyright infringement with respect to material, please mail to support[at]iota-news.com. IOTA-News.com is a community run website and is NOT affiliated with the IOTA Foundation in any way.

What is Qubic? In short: Qubic began life as as an initalism-turned-acronym, QBC, which stands for quorum-based computation. Quorum (distributed_computing)...