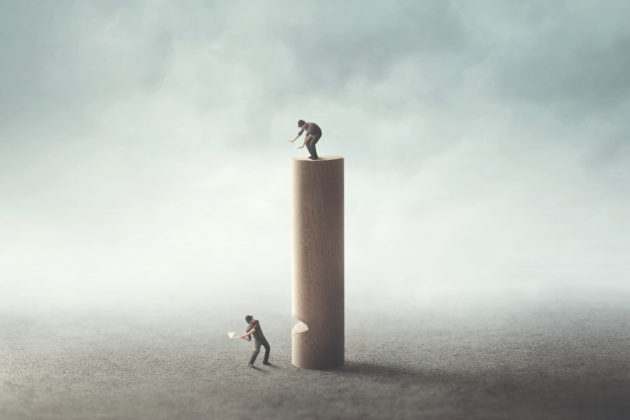 For years, Ethereum has easily been the leading smart contract blockchain. With mass adoption by service providers, brand recognition, and a series of popular apps, it leads in its category.
Yet this hasn’t stopped some from speculating that the cryptocurrency can be “dethroned” by an upstart.
Ethereum Could Be Dethroned By Another Blockchain, Analyst Says
Due to a rapid increase in the adoption of decentralized finance, the Ethereum user experience has arguably gone downhill in recent weeks.
Head of Business Development at Kraken’s futures division, Kevin Beardsley, recently commented on Ethereum fees:
“I have spent $14 on ETH gas fees to transfer/lock my $15 into @CurveFinance and I’m earning a princely $0.079 in weekly $SNX rewards. I’ll break even in just 177 short weeks! (not including gas to close contracts.”
Transaction fees are now so high that v, the median ETH transaction fee is around a two-year high.
Although this is not yet a chronic problem, some have begun to speculate as to what effect consistently high fees will have. Joseph Todaro of BlockTown Capital wrote:
“If fees move higher or even maintain this level, I expect $ETH competitors focused on scalability to see increased attention.”
Qiao Wang, a former executive at Messari and a noted crypto analyst, echoed Todaro’s comment.
He said that after using DeFi platforms, which can cost dozens of dollars, he isn’t convinced Ethereum will succeed in its current form:
“So long as ETH 2.0 is not fully rolled out, there’s an obvious opportunity for a highly scalable blockchain to dethrone Ethereum. Paying $10 transaction fee and waiting 15 seconds for settlement is just bad UX.”

I’ve changed my mind after using a dozen of Defi platforms. So long as ETH 2.0 is not fully rolled out, there’s an obvious opportunity for a highly scalable blockchain to dethrone Ethereum. Paying $10 transaction fee and waiting 15 seconds for settlement is just bad UX. https://t.co/vXAAFET3YK
— Qiao Wang (@QWQiao) June 28, 2020

Wang’s criticism of Ethereum is similar to that of others.
Kyle Samani of Multicoin Capital also touched on Ethereum’s high fees and slow transaction times. As reported by Bitcoinist, the venture capitalist and fund manager said that Ethereum’s current state disallows the creation of “global-scale trading systems.”
He thus added that DeFi is likely reaching a plateau due to the latency issues.
Ethereum’s recent issues highlight the importance of scaling upgrades, such as ETH 2.0, Plasma, Roll-ups, and other technologies.
What Can Replace It?
With there being discussions about what can replace the incumbent smart contract leader, the next logical question to ask is what can replace it.
No one has a fully-fledged answer, but there are contenders.
One such is Cardano. The founder of Cardano, who is also a co-founder of Ethereum, Charles Hoskinson told Messari’s Ryan Selkis that ETH is not yet the incumbent leader. That’s to say, Cardano and other technologies could encroach on its market share.
Another, arguably, is Bitcoin. According to Max Keiser, there is “no coin out there that can do something that Bitcoin doesn’t do already or will be able to do shortly.”

Featured Image from Shutterstock
Price tags: ethusd
Despite Its $25B Market Cap, Ethereum Can Still Be “Dethroned”

With the fourth of July approaching, many Americans will have to contemplate whether or not the holiday is an empty...