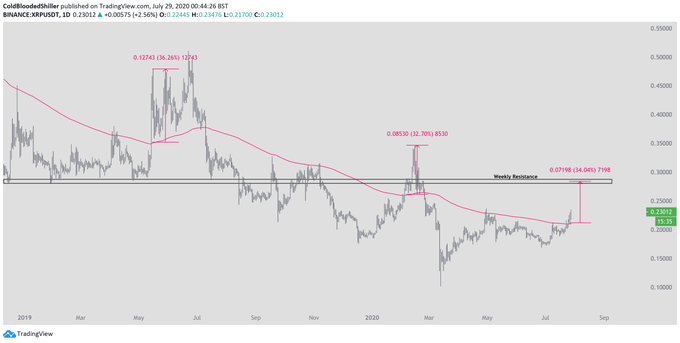 XRP Is Still Facing Down a Pivotal Resistance

As crazy as this may sound, XRP is one of the best-performing assets of the past two days. It has outperformed both Bitcoin and Ethereum as those two market leaders have seen pullbacks.

Yet this price action hasn’t convinced everyone that the asset is in the clear.

One trader shared that while XRP could surge 30% from current levels, it may see a harsh rejection at a “hugely significant” resistance:

“$XRP only really ramps up the pumps when it’s above the Daily 200EMA. Both of the last major moves really kickstarted once this was achieved. Past pumps average 33% so if we look at the same for this move we land right up against the hugely significant Weekly resistance.”

This sentiment was echoed by another analyst, who argued that XRP has one of the “worst looking” charts out of the top cryptocurrencies:

“One of the worst looking charts in my opinion, even though we have seen some upside over the past month this really doesn’t matter considering we are yet to break $0.25… This region needs to be taken out and flipped before you can be really bullish, LTF rejecting.”

Stepping back, it’s important to point out that Bitcoin dominance analysis suggests that BTC will outperform altcoins in the weeks ahead. 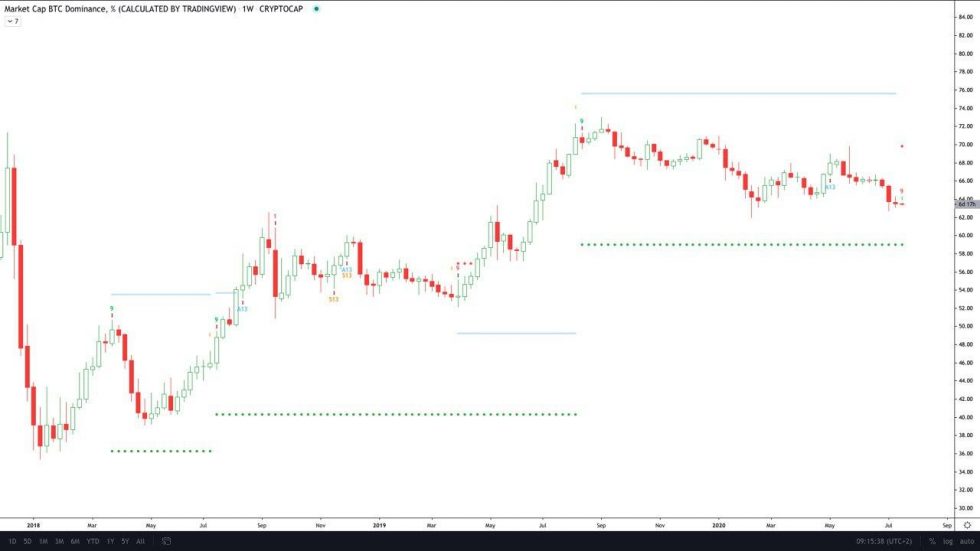 This buy 9 suggests that BTC will outperform altcoins in the weeks ahead.

Trader: Bitcoin Could Be Forming a Massive “Bull Trap” as Bearish Signs Emerge

Bitcoin is currently flashing overt signs of strength as it consolidates above $11,000 Bears attempted to catalyze a selloff yesterday,...