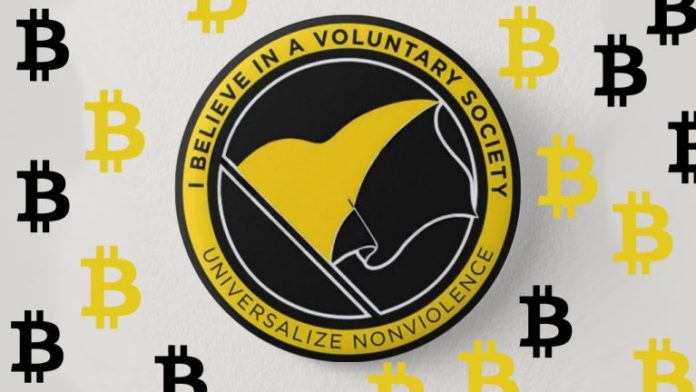 The Golden Rule may be the most basic moral approach to dealing with others. It seems universal across cultures and religions. The Golden Rule is instinctive. We all know it, even as children without education.

I like the negative form of the Golden Rule the best. One of the earliest written versions comes from ancient Egypt: “That which you hate to be done to you, do not do to another.” By definition, politics and government violate this rule. Through government, some people make other people do something (or not do something) against their will, even when no one would be harmed if government didn’t get involved. I believe voluntaryism, at its heart, is the Golden Rule.

I was politically active most of my life. I followed political news closely, argued with others about politics, voted in every possible election I could, and gave small amounts of money to a few political campaigns. My political views shifted over time, eventually crossing most of the political spectrum.

Somehow, whenever we participate in politics, regardless of viewpoint, we forget the Golden Rule. Political advocates, civic leaders, and school curricula make political participation seem righteous and noble. We make excuses for our political involvement, such as “helping others,” “getting what we deserve,” and “standing up for ourselves.” These excuses blind us to the fact that through government, we take from and harm others (and ourselves). Democratic practices – mob rule – violate the Golden Rule just as much as dictatorial ones.

People engage in politics to control other people through government – whether to “change the world” or prevent change. My focus on controlling others through government seeped into my personal life. Sometimes I tried to interfere with the lives of my children and wife, attempting to control them in ways that I wouldn’t have liked had they done the same to me. Of course, I told myself that I was acting in their best interests. It can be especially difficult to respect the Golden Rule as a parent. Nurturing, protecting, teaching, and encouraging a child is essential, but can easily slip into manipulating. Fortunately for me, my family endured my behavior. But I regret very much the times that I broke the Golden Rule with them.

Over several years, I gradually rediscovered the Golden Rule. Remarkably, my reawakening began with my growing disillusionment with politics and learning more about libertarianism. Yet even libertarianism, as practiced by the Libertarian Party in the United States and expressed often in Reason magazine, was ultimately insufficient. The party in particular supposedly holds sacred the non-aggression principle, which is really just a fancy version of the Golden Rule in its negative form. Yet the party seeks to rule in government, contradicting the principle.

So I continued to read about various types of libertarianism and anarchism. I eventually realized that the simplest, most coherent anarchist philosophy was fundamentally an elaboration of the Golden Rule. I think voluntaryism is the best way to describe this belief and way of life. Once I saw how politics goes against the Golden Rule, it was easy to generalize the principle by applying it more consistently in my personal life. In turn, I think I became a better parent and husband.

Embracing the Golden Rule fully was also psychologically liberating for me. By recognizing the proper and effective limits to my actions, I stopped worrying about matters beyond my control or responsibility. Life is too short to be focused on frustrating attempts to control others. Isn’t it enough to manage one’s own life?

Do you want to learn more about why taxation is theft, educate yourself about the NAP, otherwise known as the “Golden Rule,” and voluntaryism? Check out the links below for more resources.

Bitcoin saw an overnight decline that has caused it to further extend the bout of consolidation that it has been...