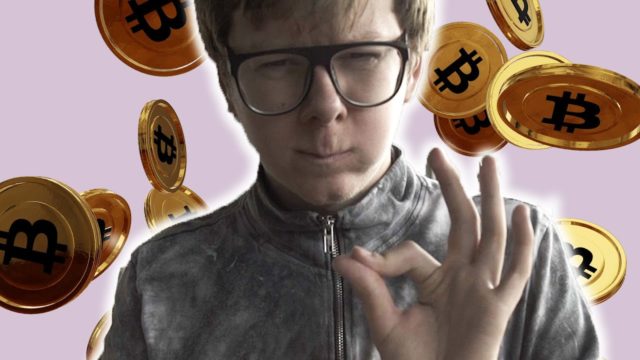 Erik Finman, the famous kid who became one of the first teenaged crypto millionaires, briefed congressional representatives on Bitcoin yesterday – or so he says. He even posted a picture with a lectern and a US flag.

Is This For Real?

So, Finman hasn’t seen his name in the media for a month or so, which is odd for the media attention loving crypto millionaire. He needed a sure-fire plan to prove his enduring relevance, once and for all. Never again will the cruel denizens of the press mock his rehashed version of an app idea from 2015, or his proclamation that ‘2019 is the new 2017‘, despite claiming that Bitcoin was dead just six short months earlier.

Hang on… Everyone and their mum is briefing congress about cryptocurrency at the moment, what with Libra and all that. Why can’t Finman do that too?

Today I briefed Congressional Representatives and staffers on Bitcoin, cryptocurrency, and what it means for America.

There is amazing energy in Washington, and people are ready to talk about crypto and find solutions for all Americans.

Today was a good day for cryptocurrency! pic.twitter.com/wYz13oI0gb

A tour of the capitol building is free first off, so even if Finman did go to Washington, it’s not like he needed to be a special guest to enter the building. Secondly, there is no sign of congressional representatives in the camera shot, which is very convenient. And finally, there is no actual proof that this picture was even taken in Washington – all we can see is just a handful of props and a blank wall.

But just in case there might be someone who doubts the legitimacy of a single picture without any context, audience, microphone, or placard… Erik Finman needs a Trump card (pun very much intended). Something to put his claimed ‘briefing’ beyond question.

What about a video interview, fresh from the briefing room, with a sympathetic media channel?

In steps Cheddar, which is either woefully naive, wilfully ignorant, or paid off. Either way, it publishes a four and a half minute video of Finman standing outside a room. The room has a plaque, a security guard, and what looks like a tour group of schoolchildren coming out of it.

In the video, Erik Finman claims he has addressed congressmen, staffers, legislators, and policy-makers on Bitcoin. Some of them, supposedly, for the very first time. Although why they missed to mention the previous congressional hearings is anybody’s guess? The session was reportedly co-hosted by republican congressman, Paul Gosar.

During the interview, Finman is questioned on several of the aspects and events currently gripping the Bitcoin and cryptocurrency scene. In response, he delivers the kind of platitudes that illustrate just what a poor choice of speaker he would be… if this was not just all in his head.

Erik Finman has no special insight into Bitcoin and the crypto-industry. He got lucky by discovering it and buying in early.

He is now spending some of his early gains in an attempt to stay relevant. He is not.

The opinions expressed in this piece are exclusively those of the author and are not the views of the publication, nor any of its colleagues.

Are you convinced by Erik Finman’s latest stunt? Let us know your thoughts in the comment section below!