In this installment of the “Discovering Bitcoin” series, we will build on the previously acquired strategies of exchanging wealth, specializing production and focusing on goods with good physical “hardness,” “scaleness” and “darkness” to explore concepts of scarcity, liquidity and social “hardness.”

From Barter … to Liquidity Maximization …

This third step along our “Plan A” for money will focus on the topic of scarcity and on the question “What?”

In Part 2, you invented and popularized practices such exchange and specialization, enabling an unprecedented level of wealth and cooperation. Good job! There is still a problem, though. In the context of barter, which is what you and your fellow cavepeople are practicing now, utility grows with the number of people exchanging, but the friction to match demand and supply for every good versus any other grows as well, since the number of all the possible combinations increases quickly!

This problem has two sides: one concerns how to calculate, communicate and keep track of all of the combinations of trading couples (each caveman must declare how much of everything he would accept in exchange for everything else). The other concerns liquidity within different pairs (in many scenarios the exchange simply cannot happen, because of what economists call “non-coincidence of wants”: Alice has something Bob wants, but not the other way around, or at least not in that moment). The former side can be mitigated with advancements in information technologies (such as the invention of writing, to keep track of different combinations), while the latter can be mitigated by delaying the actual delivery of one of the two exchanged goods (basically the invention of credit, which is very useful where the wants do not coincide if considered in real time, but would instead coincide in different time-frames). But the problem still exists, slowing down the specialization process.

In order for commerce to keep growing, your little cave-economy must converge toward some specific kind of good, namely the one with the best combination of monetary attributes, which will always represent one side of every trade, in order to simplify calculation and bridge liquidity with respect to every other good. This practice is known as indirect exchange: Alice trades what she offers for this “bridge-good,” which she will later trade again for something she wants.

The great news is that you don’t have to try to convince your cave-friends one by one. This switch naturally happens due to so-called “network effects”: The value of a network increases more than linearly with the number of participants, creating a kind of gravitational black-hole effect. The goods that fare better in hardness, scaleness and darkness will compete, and the first one to reach a critical mass will start swallowing the others, as far as monetary uses are concerned.

Cave-ladies and cave-gentlemen … introducing Money! It serves three functions. The first is “store of value,” which was actually already served by our stored goods within the context of pre-convergence barter economies. The others are “unit of account” and “medium of exchange,” which are the answers to the problems of pricing and liquidity, respectively.

This is an important step in human evolution, so much so that from now on I will stop addressing you and all of your friends, as “cave-somethings.” With the level of prosperity that money-based economies give you over barter-based ones, you can all get out of those smelly caves and enjoy stone houses and castles!

How to Get Good Money

So, you just entered the magical world of so-called “commodity money”! Historical examples are seashells, beads, spices, squirrel pelts, dolphin teeth, tea bricks, salt (the word “salary” comes from that) and sheep (the word “pecuniary” from that).

But now you have to face another challenge, once again related to the problem of salability across time (thus back to the “When?” question)!

Imagine you’ve convinced your tribe to use smoked fish as money. This created more demand than the one granted by food consumption alone: Not only do people want to eat it, but they now also want to use it as money. Its price shows what is called a “monetary premium.” This incentivizes you to restructure your enterprise in order to produce more of it — but then you increase the global smoked-fish supply. And the price is a result of demand and supply: If the latter keeps increasing, while the former doesn’t, the price will start falling.

So, even if smoked fish remains as durable as before in a physical sense, it will perform poorly as a way to store value across time. Price dynamics affect hardness in a “social” way: In the context of solitary consumption, the good would still maintain its ability to provide utility over time, but in the more advanced context of a monetary economy, that ability actually drops. And a lousy store of value cannot be a good medium of exchange, since nobody wants to lose value storing it for indirect exchange!

This is not just a smoked-fish thing. It’s very general: The more any good gets used as money, the more interesting it becomes for its typical producers to increase the supply in order to profit. The more the supply increases, the less that good can be used as money. This cycle isn’t a smooth and gradual negative-feedback loop that tends toward equilibrium over time — the changes to the production structure in order to increase the supply take some time to be done and aren’t easily undone after the value decreases! The typical outcome is more of a “boom and bust” kind.

There are many historical examples of this “money trap,” usually involving disastrous outcomes. This is typical of goods with a low “stock to flow” ratio, where even small percentages of change in the flow (amount of good produced or extracted in a unit of time) are comparatively huge, and thus particularly disruptive, with respect to the stock (amount already circulating in the economy).

You soon realize that seashells trapped on your fishing nets, which you used to collect, provide a better money than your deliciously useful smoked fish, in this regard. And that those relatively “useless” gold nuggets you used to collect on the shelf next to seashells are even better!

Actually, you probably want to use both gold and silver. The reason is that they perform better on different sides of the scaleness spectrum: While gold is more portable, silver is more divisible.

Indeed, commodities that possess a consumption value higher than their monetary premium are not very good candidates for monetary use: Since they get consumed, their stock tends to diminish, lowering their stock-to-flow ratio. In this sense, “commodity money” is more an evolution of collectibles than of actual industrial commodities.

Different terms are used to address the attribute of having a supply that tends to remain inelastic with respect to increases in the demand, keeping its value over time. Various sources call it “soundess,” “unforgeable costliness” or “unforgeability.” I will extend the word “hardness,” which we already used for the physical side of the durability problem, equating it with the more general concept of salability across time, in a physical and social sense as well.

This is a jump back to the “When?” column, to complete our analysis of the relation between time and value: The higher the degree of hardness of some monetary good, the more resistant it is to having its value compromised, either by physical decay or by supply inflation.

The question of hardness influences the process of monetary convergence: Any monetary good that can have its supply cheaply and easily increased will rapidly destroy the wealth of those using it as a store of value. For a good to assume a dominant monetary role within an economy, it must exhibit superior hardness to competing monetary goods.

When discussing hardness, purely economic considerations overlap with ideological, political and ethical ones, just like with darkness. As noted in Part 1, they mostly have to do with the notion of time preference, a topic with deep ramifications in sociology, but they also relate to the problem of inflation as a way to transfer wealth, and the problem of interest-rate manipulation as a cause of financial crises.

In a word, you’ve basically discovered money. But can you make it better? This is something you will discover in “Discovering Bitcoin Part 4: A Wrong Turn (New Plan Needed)!” 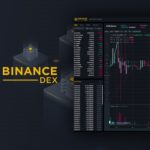 Binance(dot)US will launch Binance Coin (BNB) pairs from the first days of trading, based on its definition as a utility...