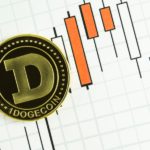 In order to develop a Dogecoin price prediction for May 2020, we will be looking at some of the coin’s past prices and market opinions.

Dogecoin (DOGE) has been around for 7 years on the market, being known mostly for representing the Shiba Inu meme.

According to the movement of the DOGE/USD recorded over the past few weeks, the currency is following a bullish trend, but along with that, the coin also experienced many sharp fluctuations.

From here, Dogecoin once again shot up between 14:05 & 23:00 UTC, with an increase of 5.25% with the price touching $0.002084. The crypto once again experienced rejection at this level and followed a downward trend.

No major developments or partnerships have been announced for Dogecoin or its project in the past month.

There have been several sites that have developed their own Dogecoin price prediction for May, and as usual, we featured some of the most relevant forecasting sources to offer a more well-rounded perspective of how the market perceives DOGE’s movement.

Cryptoground‘s Dogecoin price prediction expects the coin to trade at around $0.0024 in mid-May, which means a change of 20.28%.

Digitalcoinprice once again is very positive with its Dogecoin price prediction, as for May 2020 it forecasted that the crypto will have a price of $0.00408035, which means a rise of 106.35%.

Altcoinforecast expects Doge to trade at around $0.0017 when May starts, and the site also forecasted that the coin will close the month at $0.0018.

Bitverzo made Dogecoin price prediction for every day of May, featuring their average, and respective minimum and maximum prices.

This has been our Dogecoin price prediction for May 2020. We hope that the information we have featured here will be of some use in your trading decisions.