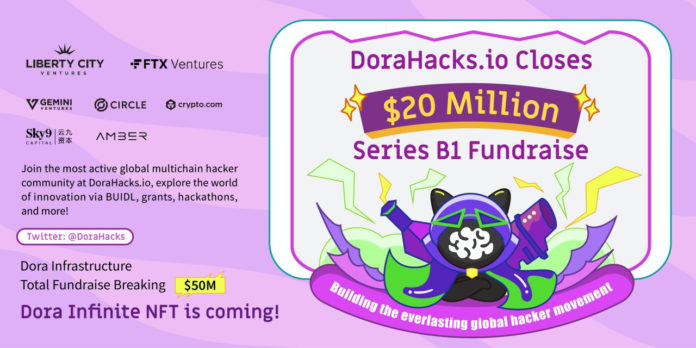 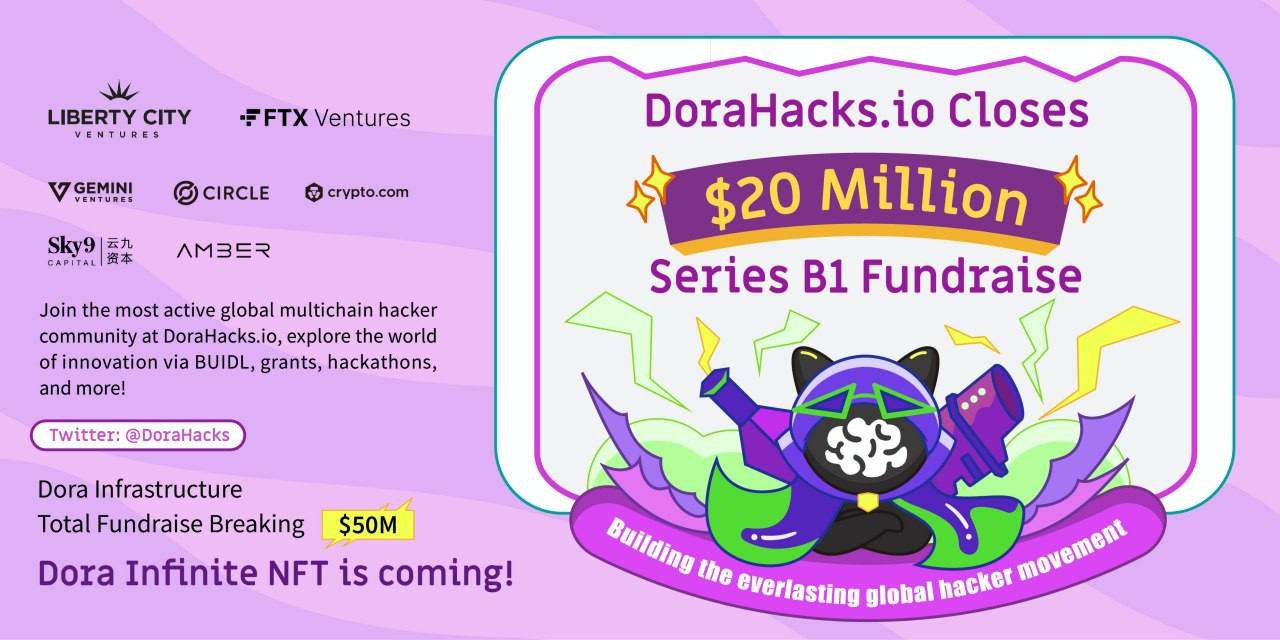 According to the company, the funding will accelerate the launch of multiple cutting-edge initiatives, including Dora Grant DAO, a decentralized grant community powered by advanced governance technologies, and Dora Infinite Fund, a permanent venture funding disruptive ideas in frontier tech.

DoraHacks announced an $8 million strategic round last year, led by Binance Labs. Followed by the $20 million raise of Dora Factory, DoraHacks’ DAO-as-a-Service incubation, this additional funding brings the total amount invested in Dora core infrastructures over the past 18 months to nearly $50 million.

DoraHacks is most famous for curating many of the world’s brightest Web3 startups via hackathons and grant programs. Over 2000 startups and developer teams have raised $25 million worth of grants from the DoraHacks platform.

40+ Web3 ecosystems like Solana, Polygon, and Avalanche have adopted DoraHacks as a core partner in hackathons and community grant programs to access the global developer community.

“DoraHacks strives to provide the best infrastructure for open-source communities worldwide. Our mission is to create an everlasting hacker movement. With new strategic partners joining, we can better contribute to frontier tech’s startup community.” said Eric Zhang, founder of DoraHacks.

“Empowering multi-chain innovation has always been our mandate at FTX, ” said Adam Jin, Partner at FTX Ventures, “We believe DoraHacks will keep playing a crucial role in Web3, and FTX will work closely with the Dora team to support startup founders.”

DoraHacks launched Dora Grant DAO earlier this year. Having raised $5 million from 30+ partners, the company plans to provide grants to more post-hackathon-pre-investment stage projects. In addition, the company plans to set an evergreen venture, the Dora Infinite Fund, in motion via an NFT drop in 2022.

“DoraHacks is key to advancing the development of the infrastructure for Web3. At Liberty City Ventures, the focus has always been on groups building upon the promise of blockchain protocol and Web3 for real businesses and traditional industries. We expect increased engagement with our portfolio companies as the ecosystem grows.” said Emil Woods, Partner at Liberty City Ventures, Co-Founder of Paxos and Lukka, two blockchain unicorns.

“We’re excited to launch Dora Infinite Ventures. We will fund more frontier tech startups in Web3, quantum, and space. “So said Steve Ngok, Partner and Director of Business at DoraHacks.

DoraHacks is a global hacker movement and the world’s most active multi-chain Web3 developer incentive platform. More than 2000 projects from the DoraHacks community have received over $21.5 million in grants and hackathon prizes. DoraHacks.io has around 250,000 active users worldwide. The platform offers hackathons, bounty, quadratic funding, privacy voting, and other community governance/funding toolkits. In addition, over 40 major Web3 ecosystems are currently using Dora infrastructures to fund their open source communities.