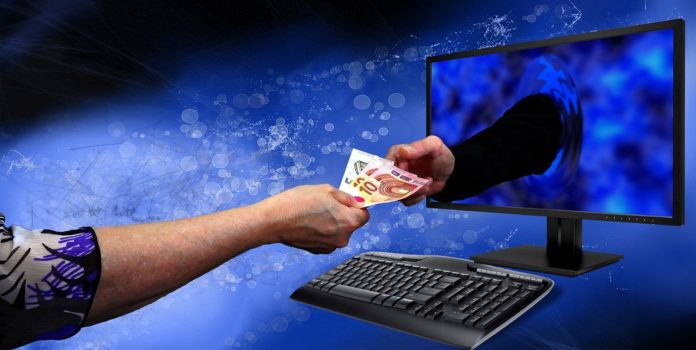 The decision has not yet been made, says Christine Lagarde right at the beginning. “But like many central banks around the world, we are also examining the benefits, risks and challenges of taking such a step,” said the President of the European Central Bank (ECB) at the Bundesbank’s autumn conference, which – in keeping with the digitization issue – this year was held online due to the corona. After all, Lagarde announced that in the coming weeks the experts at the central bank, who are working on this topic in a so-called task force, would finally present their results.

The fact that central bankers are serious about the topic was shown by the prominent members of the panel rounds: In addition to Lagarde, Bundesbank President Jens Weidmann, the French central bank chief François Villeroy de Galhau and Princeton economist Markus Brunnermeier also discussed the topic. Weidmann said it was actually “not without irony” that digital currencies and crypto assets were originally developed to bypass the banking system with the central bank at its center – and that the introduction of digital money by the central banks of all things is being discussed, so-called Central Bank Digital Currencies (CBDC).

Money for general use

The exciting thing, as the speakers left no doubt, would be the introduction of digital money, which the central bank would also make available for general use. Another variant, digital money only for banks, has already been further developed, said Weidmann, but the effects would also be less. In the discussion, at least different nuances emerged in Germany and France: While in France there is apparently a lot of skepticism about a digital currency Libra issued by an American private company and one would rather counter a European central bank response today than tomorrow, Weidmann made a clear statement more careful. The possible effects of digital central bank money would first have to be carefully considered.

One model that was mentioned again and again was that of the ECB economist Ulrich Bindseil. He presented the model of a two-tier digital central bank money very specifically. Put simply, the central bank should also provide digital money for general use. However, there should be different interest rates for payment transactions and for savings accounts with upper limits, so that people don’t storm the counters at the first crisis and prefer to bring their savings into their living room as digital central bank money. In another study, the central bankers dealt intensively with how one could technically guarantee the anonymity of digital central bank money that many citizens value in cash. Important for the public, said Villeroy de Galhau, is also the statement that they do not want to abolish cash with the digital euro, but rather to supplement it. In any case, the head of the French central bank believed that it was important, also with a view to efforts for private digital money such as Facebook’s Libra, to “not allow yourself to be dependent on technical progress on this issue”.

At the level of the European Union, efforts are now being made to put private digital money back on the chain, as it were. The EU Commission will present its proposal for a legal and regulatory framework for cryptocurrencies in two weeks. For all private providers of cryptoasset services in Europe, it provides uniform requirements for transparency and disclosure, the issuance of assets, operation, organization and administration as well as the associated consumer protection rules. Providers of cryptocurrencies and stablecoins such as Facebook’s Libra must submit a white paper to the relevant authorities for approval. The finance ministers of the five largest euro countries Germany, France, Spain, Italy and the Netherlands reaffirmed their reservations about crypto currencies and called for tough regulation on Friday on the sidelines of the meeting of all department heads in Berlin. According to a joint statement by the ministers, no such “arrangement” should be introduced in the EU until all associated risks have been adequately taken into account in the legislation.

The German head of department Olaf Scholz (SPD) said there had to be a “very clear” set of rules in order to ensure financial market stability. Where this is at risk, the cryptocurrencies would have to be banned. France’s Finance Minister Bruno Le Maire, who has long wanted to ban Libra, said in Berlin that only the ECB could issue a currency in the euro area. The Dutch head of department Wopke Hoekstra said the ministers did not shut themselves off from innovations in the financial sector with the declaration. But only strict regulation can make this possible. The five ministers are calling for stablecoins to be pegged one-to-one to the euro or another EU currency. Reserves deposited as security would have to be paid into a bank in the EU and denominated in EU currency.