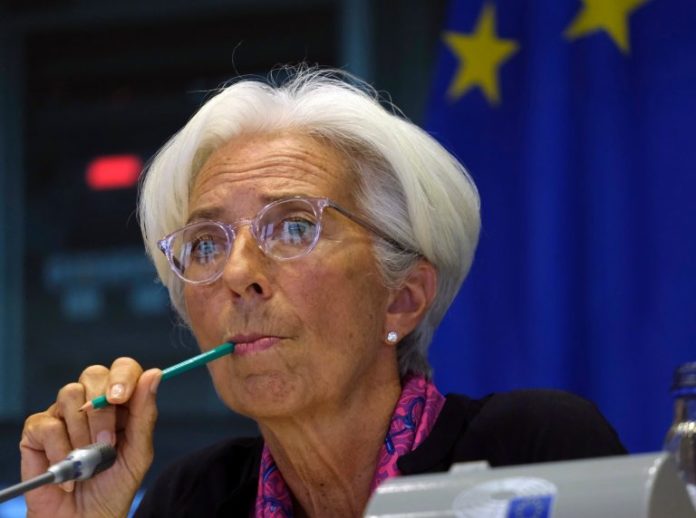 The European Central Bank (ECB) has launched an extensive review that will examine a wide range of its policies by the end of this year. Under its new president, Christine Lagarde, the bank will try to establish why its monetary stimulus has failed to achieve the Eurozone’s goal of close to 2% inflation. Sharing few details, Lagarde indicated the ECB will go on pushing towards the threshold as the institution’s governing body kept a key interest rate below zero and pledged to continue to inject billions into Europe’s economy.

During a Governing Council meeting on Thursday, the Eurozone’s central bank decided to keep in negative territory the benchmark deposit rate, the one banks face when leaving money at the ECB. The record low level of -0.5% was approved in September 2019 when the financial institution also announced the restart of its stimulus program.

The monthly buying of €20 billion ($22 billion) worth of bonds, which began in November, will continue indefinitely. The quantitative easing effort is an open-ended commitment to pump more money into the system which struggles to maintain inflation above 1%. The ECB started buying bonds in early 2015 and spent over €2.6 trillion in the previous program, which ended in December 2018. Although Christine Lagarde noted a “moderate increase in underlying inflation” and remarked that downside risks to the Eurozone’s economic outlook are “somewhat less pronounced,” she was quoted by Bloomberg stating that the monetary policy must remain “highly accommodative” and that governments which can afford to increase spending should be prepared to do so.

The improved economic prospects are due to the easing tensions between the United States and China, which signed a preliminary trade deal. However, the storm has not subsided for the European Union yet. On Wednesday, U.S. President Donald Trump warned during the World Economic Forum in Davos that if there’s no deal with the EU, he will have to impose “very high tariffs” on cars and other European imports.

Policymakers at the European Central Bank are determined to make sure borrowing costs for EU businesses will remain at their current levels or be lowered even further. This state of mind and status quo are likely to persist until the inflation outlook converges with the 2% goal, they say, while quantitative easing will be practiced for the foreseeable future. No one has a firm idea of how long that could possibly be.

Review to Cover Monetary Policy, Climate Change and Anything in Between

After years of monetary stimulus that saw interest rates in Eurozone countries drop to historically low levels and billions of euros printed, the ECB will now try to find out and explain why the measures didn’t work. It will attempt to do so after the policies evoked strong criticism that led to lawsuits in some Eurozone member states. In Germany, which is Europe’s economic and financial locomotive, a political initiative to curtail negative rates has been gaining traction in the past months. Its backers point out that savers are losing money due to ECB’s policy. A ban to prevent the passing of negative rates onto small savers has been proposed in the Federal Republic. The review announced by the ECB represents the first rethink of its policies since 2003. Its former president, Mario Draghi, left the post in late 2019 after an eight-year term at the helm of the important institution during which key interest rates were never raised. The bank’s new management now wants to conduct a wide-scope assessment of its policies but it hasn’t shared many details about it. At a press conference after the Governing Council meeting, Christine Lagarde stated:

We are going to review a whole host of issues. It will have to do with how we deliver, how we measure, what tools we have and how we communicate… It’s a broad exercise. My commitment was really to be able to listen to the expectations of ordinary people, to better understand the economic concerns and the imperatives and how we can deliver on them. It is going to be our task and our goal to listen.

The process will involve the central banks of all 19 Eurozone member states which, as Lagarde acknowledged, don’t always speak the same language. Besides studying the ECB’s economic and monetary policy toolkit, the assessment will focus on tackling other issues such as concerns related to financial stability in general, employment in the single currency area as well as environmental sustainability.

The Eurozone is not in perfect shape but the world’s other leading economies are experiencing similar challenges. The U.S. Federal Reserve, for example, is also conducting an appraisal of its strategy despite certain improvements due to the fiscal policy applied in the United States. The results of the Fed’s review are expected this year too. And in Japan, where inflation has hovered around and below 1% since 2015, an extremely accommodative policy hasn’t helped to significantly improve the economy.

What do you think will be the results of ECB’s policy review? Share your expectations in the comments section below.

The post ECB Keeps Subzero Interest Rates and Open-Ended QE Worth €20B a Month But Launches Policy Review appeared first on Bitcoin News.

We will be taking into account historical prices, market sentiment, and project development, to try and project a BAT price...