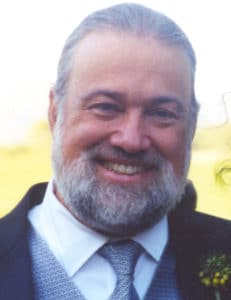 When most people think back to the origins of cryptocurrency, their minds turn to the 2008 white paper and the appearance of Bitcoin the year after. While no one knows for sure who the real creator of Bitcoin is, and there have been plenty of theories, the name Satoshi Nakamoto conjures images of a Japanese computer scientist.

But while no one knows the face, there’s not a person in the industry who hasn’t heard the name. Something that’s probably the exact opposite with David Chaum. You may not have heard of him, but if you’d seen him speaking or doing the rounds on the conference circuit, you would never forget his face, or his invention.

Who is David Chaum? The CEO and founder of Elixxir and the inventor of digital cash (which, by the way, goes a lot further back than 2008).

Larger than life, impossibly tall with a long white beard and undeniable presence, I caught up with David at Web Summit in Lisbon to find out more about his blinding algorithm, why he felt compelled to invent it, and what his plans are next.

David Chaum Invented the Blinding Algorithm in the 1980s

Exhausted and disheveled after a long flight from LA and in desperate need of a coffee, he apologized for his slow and at times rambling responses. The media village at the Summit was also packed and noisy, and the various distractions from fellow journalists, interviewees, organizers, and lost delegates simply looking for the restroom didn’t help either. I began anyway.

A lot of people think that cryptocurrency started with Bitcoin, but let’s talk about your blinding algorithm. Why and how did you come up with the idea for it?

“Well,” he pauses for a moment and strokes his beard, “you see, back in the early 80s, the only way the consumer payment systems could work was using massive computers and banks, POS devices, and this kind of infrastructure. I wanted to find a way to allow for people to hold their own money in such a way that it couldn’t be taken from them and to be able to pay with it in such a way that they could not be linked to those payments.

So I invented this notion of a blind signature. Think of it like an ATM where you as a consumer would be able to get money out of the machine but only you would know the serial number of the notes. Why do you think that was needed?

There’s a huge pause before he answers. In fact, my recorder registers some 25 seconds of empty space, save the chit-chat in the background. Any journalist will understand how painful a lengthy silent period can be. But his eyes are also closed. I’m not sure if he’s in deep thought or deep sleep, or whether it’s appropriate to break the silence. At last, he jolts back into life saying:

“Because people need to control their own informational lives very generally, and the low hanging fruit is the most obvious key touch point. The clearest and simplest use case is payments, and that’s why I focused my attention on that. However, if you look at my Scientific American article from the 90s, you’ll see that it was all part of a larger, comprehensive approach to return the control of the informational life to the individual.”

He continues, “you know, peoples’ understanding of the complexity and power of information technology, especially in those days, was very limited. I had to find a way to limit the focus to something that was clean and simple and important enough that really resonated with people, so I talked about electronic money. But for me, it was always about a much more general control of informational life.

Privacy is really all about control, the only way to control your informational life is through privacy and once the information is out there, you have no possibility to control it.”

Foreseeing the Problems of Data in the Wrong Hands

Back in August 1992, David’s article Achieving Electronic Privacy was published in Scientific American. It’s almost eerie how ahead of his time he was. The opening paragraph reads:

“Every time you make a telephone call, purchase goods using a credit card, subscribe to a magazine or pay your taxes, that information goes into a database somewhere. Furthermore, all these records can be linked so that they constitute in effect a single dossier on your life.”

David wanted to bring back the control of personal information to the individual. And when you consider the latest breaches of privacy and hot water large tech companies are consistently treading in lately, it seems his vision was right. We effectively laid out the path for our own destiny by allowing people to compile these dossiers on our lives without doing anything to stop it.

“The choice between keeping information in the hands of individuals or of organizations is being made each time any government or business decides to automate another set of transactions. In one direction lies unprecedented scrutiny and control of people’s lives, in the other, secure parity between individuals and organizations. The shape of society in the next century may depend on which approach predominates.”

“I anticipated this natural tactical conflict between those that want to advance the power of the state. And if you look at what’s happening now… by asserting that there’s all this criminal activity that’s facilitated by cryptocurrency, I mean really, three-quarters of the American dollar bills are not in the US and no one knows where exactly they are or what criminal activity they’re being used for.

The idea that privacy of some payments could be hugely detrimental to society or that consumer privacy is at odds with the interest of society is really a farce. There are so many ways that large amounts of money are illicitly transferred through ownership schemes, foundations, offshore entities, uncut diamonds flying around the world, it’s ludicrous to say that my mother’s personal payments on a day to day basis could eventually impact national security. It’s silliness.”

At this point, David’s assistant is tapping her watch and making the time-out gesture and another journalist is glaring at me. We have to wind things down even though we’d only just scratched the surface of one of the most terrifying and relevant conversations in society today. With no more time to explore the past, I ask David about the future.

He’s been on the conference circuit for some time now (in fact I had bumped into him a couple of months earlier in London) and it seems he had an ulterior motive all along. He’d been working on a blockchain of his own, Elixxir, which he unveiled at Consensus in Singapore saying it was faster and better than Bitcoin.

OK, so quickly then, can you tell us a little about Elixxir?

“Yes!” His eyes light up. I think I touched on the magic word. “That’s why I came back into the space,” he admits.

“I realized that currently, electronic payments were not really capable of meeting the needs of consumers. They didn’t really provide privacy at scale, there’s no messaging component in blockchain, the whole metadata privacy issue is being ignored. Even though, in the consumer space, people are very much becoming aware of who they’re talking to [almost two decades after David’s warning].

… So, that’s not addressed in blockchain. Blockchain not only technically lacked the ability to scale but it also lacked the concept of aspects that would be needed for widespread consumer adoption, for meaningful privacy and scaling–for privacy at scale.

There are some blockchain-based technologies that provide some level of privacy but they’re the ones that seem to be the least scalable and, you know, they have some bad associations, and that’s a different thing. But if you want a consumer product, you can’t transparently and immutably put peoples’ payments online.

You need privacy at scale and a level of security that would be acceptable to countries because they do not want other countries messing with their payment system or tracing their macroeconomics and their citizens and possibly being able to disrupt or disable their economies, and so on.

You need a different level of security and moreover, all this has to work in a way that’s as fast as consumers expect on the smartphone platform without burning up a load of data plan and battery and also while insulating them from any knowledge about the underlying platform.”

And how far along are you?

“Well, it’s up and running and been in Alpha for a couple of months. We’ve been using it internally for messaging and for the developers and testing everything. You can actually see a block explorer demo on our website and what’s going on. We’re not ready to launch it yet, but we’ll be ready to launch in the coming period.”

His assistant is looking really nervous now, and I can literally feel the hate vibes radiating from my colleague waiting for the booth. We’ll have to pick this conversation back up another time–“maybe in Macau or God knows where,” David laughs. That’s certainly a possibility.

So finally, then, what’s the single most important thing that we can do with blockchain technology?

“The single most important thing that blockchain can bring to the world is a decentralized global secure playing field for all kinds of financial transactions and communication and new creative uses of computing.”

We’ll have to wait another couple of months to see what Elixxir can do and whether it will deliver the speed, privacy, and security that David promises. And whether his legacy will be the inventor of digital cash or the trailblazer for widespread blockchain adoption.