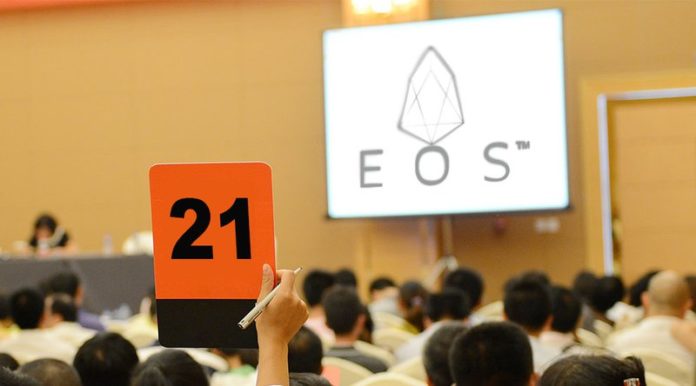 EOS is scheduled to migrate from the Ethereum network to its own on June 2, 2018, and a slew of candidates are vying for one of twenty-one supernodes that will support this new mainnet. Since the first week of March, the platform’s Steemit account, EOS Go, has posted weekly reports on the organizations that have submitted themselves for consideration.

A mixture of big and little fish, the candidate pool includes upward of 50 different organizations. Some are groups of regional enthusiasts that bear the EOS name next to their home country or city, such as EOS Detroit, EOS Rio and EOS Canada. Others represent blockchain industry movers, such as Bitfinex, Huobi, AntPool, Wancloud and OK Blockchain Capital. As this previous sample suggests, an overwhelming number of candidates competing for the coveted supernodes come from Chinese organizations.

Also known as block producers, supernodes operate as part of EOS’s delegated proof-of-stake (DPoS) consensus mechanism. Under DPoS, validators serve a function similar to that of miners who secure proof-of-work systems. Community members will vote on delegates to represent them on the network, and these delegates are charged with accruing, processing and mining transactions into blocks. They’ll also be responsible for broadcasting these blocks and the network’s distributed ledger to other minor nodes that support the network.

In order to keep block producers honest, the network implements a continuous voting process that places supernode operators up for reelection every 21 blocks.

EOS’s framework only accommodates 21 supernodes, so candidates must prove their worth to win over the voter pool. If chosen, these organizations will represent the network’s backbone, so potential supernode operators must show community members that they represent their best interests, both in terms of resources and integrity. In return, block producers receive block rewards and network prestige for their contributions to the blockchain.

Like political campaigns on parade, a variety of big players in the blockchain industry have submitted their candidacy, touting the benefits and worth that they could bring to the EOS ecosystem.

For many of these bids, this worth is tangible. With a focus on infrastructure, Wancloud, a neutral and open-sourced blockchain platform backed by Wanxiang Blockchain Labs, has committed its IT framework and expertise to the EOS community. Adding to its resume of supporting nodes for BitShares, Stellar, Qtum and Factom, Wancloud plans on using data centers in Hong Kong, the United States, Singapore, South Korea and Japan to run its supernode. As an existing blockchain and cloud services provider, Wancloud also features API kits, developers tools, and a community of enterprises and developers that would, in its words, “guarantee the sustainable development of the platform in the future” and “accelerate the promotion of EOS with respect to its industrial and enterprise adoptions.”

Similarly, venture capital firm OK Blockchain Capital has proposed an investment fund that it claims will provide over $100 million toward the development of EOS-based projects in the future, such as token projects, DApps and smart contracts. Using its partnership with OKEx and its own exchange, OKCoin.com, the group has also committed to “[promote] the circulation of EOS and EOS-based projects in digital asset markets all over the world.”

Bitmain’s mining arm, AntPool, is also a contender. As part of its campaign, AntPool is offering a “strong developer community … to be a guardian of EOS cybersecurity construction.” It also believes that its capital allocation and infrastructure of over 2,000 servers make it an ideal candidate for maintaining a supernode. ViaBTC, another Chinese mining pool, has announced its candidacy, leveraging its case for a supernode with its developer community and existing infrastructure, as well.

Huobi, a top exchange out of China, announced its candidacy today, April 24, though it has not released an outline of its benefits as of this writing.

Like many of the other bidders, cryptocurrency exchange Bitfinex is making a commitment with its own exchange servers that are monitored “with around-the-clock, military-grade security,” according to a Bitfinex blog post. In addition, the exchange is developing EOSfinex, a decentralized exchange built on EOS, and it’s making a pledge to organize hackathons, developer meetups and online/offline workshops to foster EOS’s adoption and development.

Most of the projects make promises to provide developing talent, technological infrastructure and incubation funds for the EOS ecosystem. Acting as a block producer will require energy/computation-intensive hardware and painstaking maintenance, so it’s obvious that candidates must have adequate framework and talent to support a supernode. EOS has also made it clear that it will take a hands-off approach to platform development and adoption. As such, candidates are pledging capital, establishing incubators and designing education programs to build up EOS’s ecosystem and convey their commitment to the project.

In theory, EOS’s DPoS consensus model is meant to provide frictionless, feeless transactions, all while avoiding the centralization that ASIC mining pools have brought to proof-of-work networks like Bitcoin.

To some, these promises are too good to be true, at least too good to be decentralized. On his self-titled website, Vitalik Buterin argues that DPoS invites bribery and alliances that defeat the entire purpose of democratic, on-chain voting. For a system like EOS, he claims, delegates can buy votes by promising higher dividends to its voters (in DPoS networks, voters place votes using the network’s currency and, in return, are usually rewarded with payouts from a delegate’s block rewards). These kickbacks can become even more complicated if delegates form informal alliances, what Buterin brands “political parties” or “cartels.” Such alliances would create a centralized governance structure that “contradicts explicit promises made by DPoS proponents.” 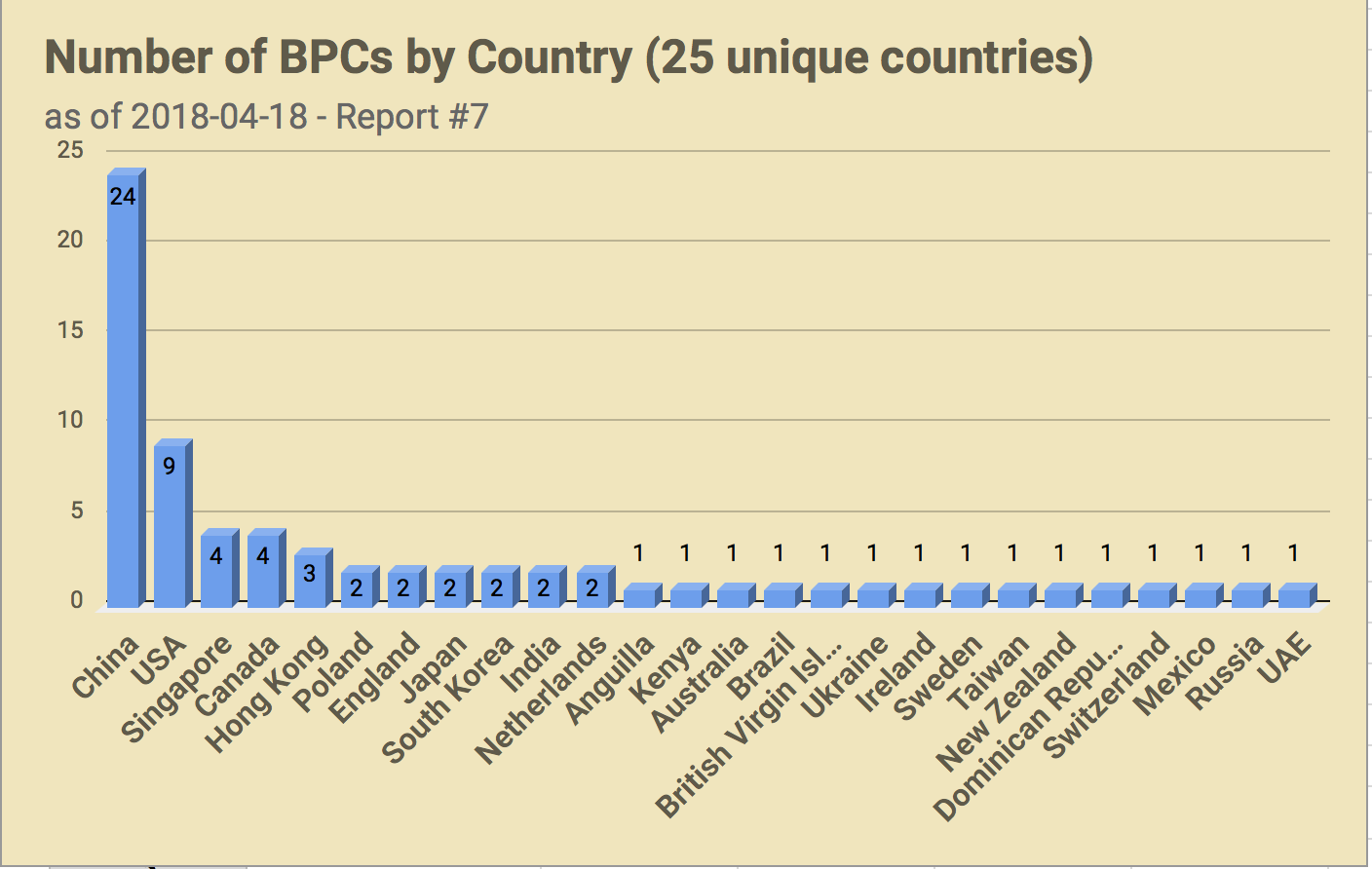 To date, Chinese entities seem especially interested in securing EOS supernodes, a phenomenon that may run the risk of centralizing EOS infrastructure within a single sphere of influence. Given the number of block producer candidates from China, the same centralization Buterin warns of in his blog post may be in the realm of possibility. As with Bitcoin mining, this concentration of resources may amount to nothing, but it does raise questions as to the merits of DPoS systems to avoid such centralization as we see EOS’s supernodes campaign veer toward this end.

The Rules Committee of the Arizona House of Representatives has passed SB 1091, a bill that would allow state residents...