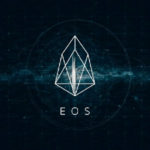 In today’s article, we will be looking at some forecasts and analyses in order to conjure up an EOS price prediction for 2019.

EOS is a cryptocurrency which was created in 2017 by Daniel Larimer, who also created Bitshares and Steem. The EOS coin launched its ICO on 26th of June, 2017, raising 4 billion dollars from its year-long token sale.

According to its whitepaper, EOS is developing “a blockchain architecture that scales to millions of transactions per second, eliminate user fees, and allows for quick and easy deployment of decentralized applications.”

The EOS blockchain supports dapp development and deployment and smart contract coding, similar to Ethereum. The EOS coins serve as utility tokens which grant the owners access to the resources on the EOS blockchain. Another impressive ability of this blockchain is its processing capacity of 50,000 transactions per second.

In February, things started slowly improving for EOS, recording an increase of 48.37% in price. Thus the price became $3.5. March also saw a slow increase of 17.72% in the EOS value. 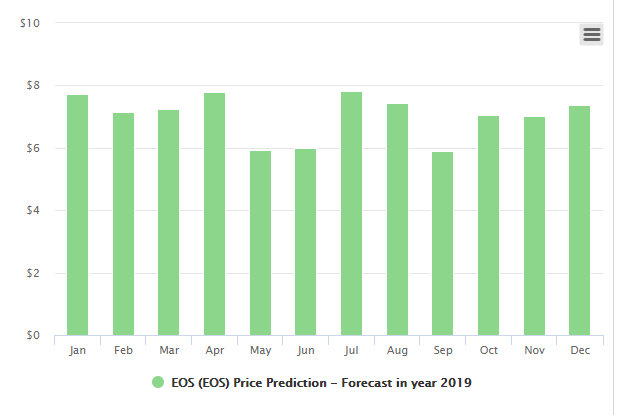 This year, EOS has been very active in terms of partnerships and developments. MinerGate has decided to become a major EOS block producer, and Lumi wallet now allows its users to vote through the EOS ecosystem.

Also, the EOS-based crypto exchange EOSfinex was recently launched, supporting four trading pairs- RAM/USDT, EOX/USDT, EMT/USDT, and EOS/USDT. EOSfinex was designed to combine the scalability of EOS and with the trading tech of Bitfinex.

Other partnerships that were announced in 2019 Q1 were with Tapatalk and Wanchain. Tapatalk is a top mobile forum app home that has 300 million registered users from 186 countries, and it now uses EOS’s blockchain for its reward system.

Wanchain is expected to integrate the EOS blockchain in Q2 2019. 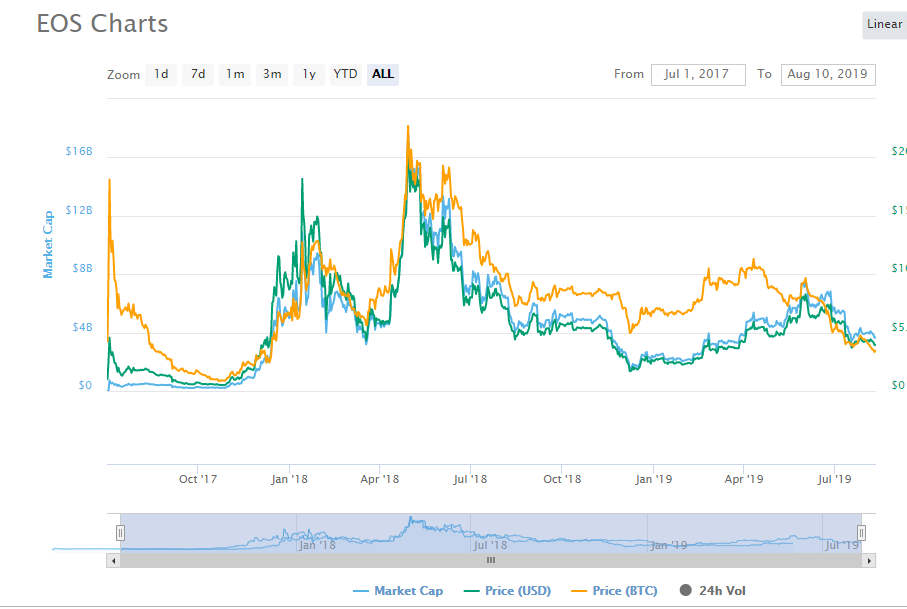 EOS is also used by the Chinese government to release public blockchain projects.

Development wise, EOS will introduce the Asynchronous Byzantine fault tolerant(abFT) by 2019, which would improve the communication between BPs.

EOS is constantly among the top 10 cryptocurrencies according to market cap. The platform is also adding dapps on a constant basis, having nearly 45 dapps that record over 1,000 transactions per day.

In December 2018, Huobi Pool revealed that it will be launching a crypto exchange based on the EOS platform.

A number of crypto sites have produced their own EOS price prediction for 2019 based on past and current price movements, market sentiment, and upcoming upgrades of the coin.

The CryptoNewz website says that investments for EOS are good for both the long term and short term. They anticipated that by the end of 2019, EOS will have a trading price of $10.

Wallet Investor made a bullish EOS price prediction for 2019. At first, they predicted that investing in EOS will be favorable for investors, stating that the coin might reach $911 in 2024. But now they have changed their prediction, stating that EOS might drop to $0.720 by the end of 2019. Also, they now do not recommend the coin for long term investments. 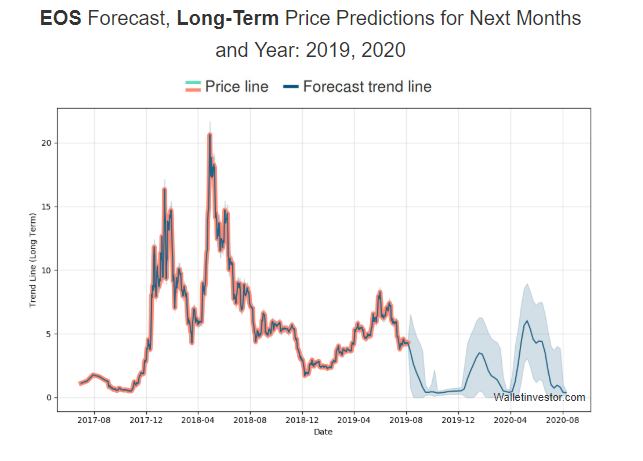 Coinswitch.co made a rather optimistic EOS price prediction, believing that the platform’s technology will be greatly used in the future for deploying decentralized applications.

Tech-savvy and finance-savvy investors are putting in a lot of emphasis on this coin because of its fantastic block one technology which is helping it grow up the ladder at a faster pace. If there’s one cryptocurrency, which is getting most of the optimistic prediction, EOS is the one. EOS can touch $15 by 2019.”

Ä price of $15 means a growth of 4 times that the current trading price.

Cryptoground.com also made a bullish EOS price prediction based on the neural network algorithm. They estimate that the EOS price will reach a value of $4.5433 USD in 6 months and $7.5911 USD in one year. According to the algorithm output, the website considers EOS a profitable investment, especially for long-term holding, and the predictions look positive even for the following years.

Atomic Wallet expected the coin to reach the $15 mark by the end of the year. They also mention that the EOS coin might go even higher if crypto regulations are better, expecting the coin to reach $70 USD in December 2019.

The EOS platform has attracted a growing number of developers and investors as its dapp development environment has improved greatly over the past year. And the number of upcoming upgrades and developments will most likely impact the price of EOS positively in the future.

While the EOS price predictions for 2019 are rather divided, there is an inclination that the coin will see some gains in the following months. Ranking eight according to market capitalization, EOS has the advantages of scalability and transaction speed when compared to other cryptos.