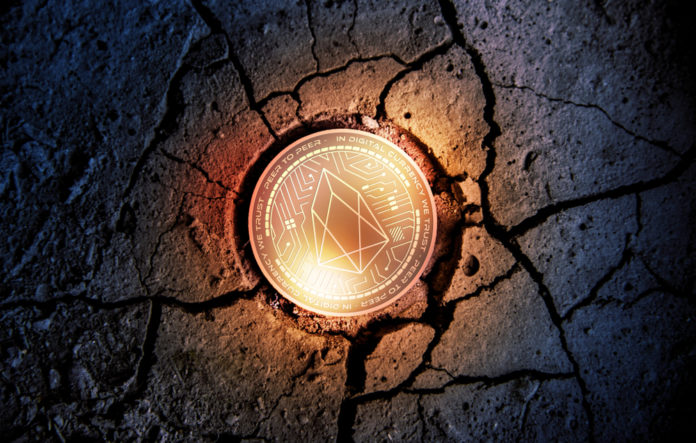 Block.one has raised $ 4 billion to build the Blockchain EOS. But it collapsed shortly after the start.

Block.one has pushed the expectations even far to the top. Their new blockchain called EOS should be better, faster and cheaper for Smart Contracts than the previous leader, Ethereum, with the second largest cryptocurrency ether by market value. EOS should even become “a holistic model” for a “blockchain-based society” in which the technology – like the Internet – is scalable worldwide.

The start-up from the Cayman Islands has collected four billion dollars with this vision and has paid investors in return EOS tokens. The virtual IPO (ICO) was the biggest of all times. But even this hyped project is spectacular flopped. This not only harms the start-up, but the entire crypto industry.

For a year, Block.one collected money without the technology even functioning. The start of June, which was postponed several times, was anything but a model for the world. Forty-eight hours after the blockchain was live, she collapsed in mid-June and was not available for five hours.

Two weeks later, then the next, and more fundamental problem: EOS has given its own “constitution”, in which, among other rules for conflict cases are set. But that’s exactly why a heated argument has broken out in recent weeks. EOS has an arbitration board to resolve conflicts among users. It took effect shortly after launch because a planned technology switch had created chaos.

The tokens were temporarily listed on the Ethereum Blockchain prior to the launch of the EOS Blockchain. The move to EOS, however, did not go smoothly, apparently fraudsters have managed to mislead users and steal their tokens. As a result, seven accounts were blocked by the arbitration board.

But the EOS users do not seem to trust their own arbitrator. Such a construct is unusual. Finally, blockchain technology relies on decentralized mechanisms instead of a central arbitration board. Block.one had introduced it as an additional mechanism. Because unlike Bitcoin and Ethereum, there are no miners here to make sure the transactions are correct. There are instead only 21 so-called block producers who verify the transactions.

The mistrust of the community also causes great concern to Block.one. Technology boss Dan Larimer now proposed to rethink the whole matter with the arbitrators – so it must be a new constitution.
EOS is not finished yet. The EOS token has grown to become the fifth largest cryptocurrency, with a market value of $ 7.8 billion on the night of Saturday. But EOS ‘action is bogus and harms the entire industry.

The many frauds with crypto-ICOs have scared investors anyway. Unprofessional behavior of the supposedly large players harms the crypto world even further and is unnecessary. It is easy to accept that so many things can go wrong with a new technology. And if the pressure of users and investors gets too big, then you just change things again.

The mourner is at the end of the users. Therefore, this example shows again that you should be careful with new tokens. Anyone who believes in the big-name promises of the start-ups must bear the consequences in the end.
Meanwhile, Block.one continues unchecked. One of the four billions collected will flow into a kind of venture capital fund, which invests in start-ups that drive the EOS blockchain, among others. The will now, as announced on Friday, led by a former Wall Street manager. Michael Alexander, until recently Asia chief of investment bank Jeffries, is to manage the fund. The hype about EOS is not over yet.