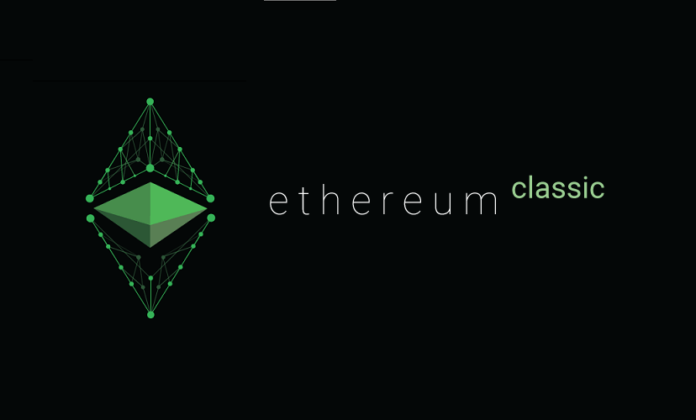 A first look at any crypto market spreadsheet will show two different types of Ethereum, one being Ethereum (ETH) and the other being Ethereum Classic (ETC).

The two cryptocurrencies not only share the same name but also share an interesting story that is one of the most pivotal events in all cryptocurrency history. The battle between Ethereum and Ethereum Classic is one of ethics and ideologies.

Before there were the two different Ethereums we see now, there was only one Ethereum. Since then, $50 million was stolen by an unknown hacker or hackers, and this resulted in two distinct camps of people in the cryptocurrency world being formed.

Here’s how Ethereum – as we now know it – came to be, and how it compares to Ethereum Classic.

An Introduction to Ethereum

In broad strokes, both Ethereum and Ethereum Classic are platforms on which various applications can be built.

A smart contract is a contractual state that is stored in the blockchain, and it executes when certain conditions are met. They are controlled and enforced by the blockchain, which serves as an objective and unbiased third party to the transaction.

These smart contracts essentially run the entire ecosystem of Ethereum. Since these contracts are automated and enforced, transactions and applications that run on the Ethereum platform have become very appealing to all sorts of different applications.

These applications, referred to as DAPPs (decentralized apps) have a wide variety of functionalities and purposes, all using the Ethereum platform to function.

To get an idea for the myriad of different DAPPs out there, take a look at the State of the Dapps.

The most pivotal moment in the ETC vs ETH split has to do with an organization known as the Decentralized Autonomous Organization, or the DAO.

The DAO was essentially a decentralized sort of venture capital or hedge fund that was going to fund decentralized applications (DAPPs) built on the Ethereum ecosystem.

The way the DAO was set up would give funders the power to say which DAPPs get funding. The investors would have to buy DAO Tokens using Ether as the currency to buy them. The DAO tokens integrated holders into the DAO system and gave them a certain amount of voting power.

The way DAPPs were to get approved had a pretty straightforward process. First, they would have to be white-listed by reputable figureheads in the Ethereum community who acted as curators. Next, the DAPPs would be voted on by those who held DAO tokens. Once the proposal got an approval of 20% in the vote, they would then get a share of the DAO funds required to get started.

The flexible process and seemingly immense potential the DAO offered had gathered a frenzy of people jumping in to get in on the action. Within the first month of the DAO’s formation, it raised over $150 million of ether.

At its peak, although the DAO raised around $150 million by crowdfunding, it had some serious security problems. The structure, particularly the “Split Function”, behind the DAO itself wasn’t particularly air-tight, and on June 17th, 2016, some unknown person or persons took around $50 million. Some people claim it was a hack, but to call it a hack would severely overestimate the technical prowess necessary to break into this poorly guarded platform.

In other words, the system could have been broken into by anyone with a few basic skills.

The DAO Hack – The ETC vs ETH Origin

To exit the DAO, all someone had to do was send a request and the splitting function would then refund the user their Ether in exchange for their DAO tokens, and update the ledger with the transaction and update the internal token balance.

The hacker made a recursive function in the request, which essentially allowed them to repeat the request multiple times for the same DAO tokens before the transaction could be registered.

To further emphasize how big of a loophole this was, keep in mind that the recursive function was able to run and run until a THIRD of the DAOs funds were siphoned out.

At the time, the DAO had a massive percentage (around 14%) of the total amount of Ethereum in existence. With $50 million, about a third of the DAO’s initial funds stolen, the DAO and Ethereum communities went into disarray. They rapidly started scrambling for solutions to this problem.

The majority decision for a solution was that Ethereum needed to create a fork, or stop the blockchain entirely and create something new from scratch. This “something new” is what we now see as Ethereum (ETH). Ethereum Classic (ETC) is, as the name would suggest, the first Ethereum still using the original blockchain.

The decision to fork naturally caused a lot of division and controversy, and although a majority voted to fork the blockchain, there was still a small but significant percentage (roughly 10%) of people that were loyal to the original blockchain. The Ethereum chain that forked was able to get back the $50 million that was hacked.

ETC vs ETH – The Differences

Ethereum (ETH) functions on a brand new blockchain, and the vast majority of miners, users, and protocol from the previous version of Ethereum use this new version.

Ethereum is actually a fork of Ethereum Classic.

Ethereum Classic (ETC) runs on the same protocol doing a similar function, but it does have some distinct differences in its community. The 10% or so people from the original Ethereum are relatively in the shadows and are loyal to the concept of the immutable ledger. ETC primarily has value because of the speculator market, much like many of the other alt-coins out there.

Ethereum (ETH), on the other hand, is more like a software company that wants to grow and could possibly have more hard forks in the future. The leaders of the ETH community are far more public in nature than those in the ETC world. ETH primarily has value due to a mix of the speculator market, but more so due to its use of case scenarios and community support. The Ethereum Alliance, for example, consists of billion-dollar firms such as Accenture, JP Morgan, Microsoft, and UBS. This support, in turn, has added credit to ETH over ETC.

It can be argued that both ETH and ETC have some distinct strengths and weaknesses, but the power largely rests with ETH as it has a market cap of roughly $15 billion, whereas ETC has one of around $1.5 billion.

ETC vs ETH – The Ideological Split

By this point in our discussion, you should have a fairly in-depth understanding of the differences between Ethereum and Ethereum Classic.

To explore further, we start to reveal some of the ideological differences between both communities. These ideological points are important to understand because ideologies attract communities, and the community support behind most cryptocurrencies is what ultimately determines their long-term value. Although a fork, Ethereum is now the more popular chain.

It’s important to distinguish that Ethereum had no blame in what happened with the DAO, as the DAO ran completely independent of Ethereum. However, the $50 million hack dismantled the public belief in Ethereum and the price dropped from $20 to $13.

The decision to fork was ultimately based on the fact that the missing $50 million of Ether was still on the hacker’s child DAO, and it couldn’t be accessed for 28 days due to the DAO smart contract. The Ethereum community had one of three options:

The community chose the Hard Fork…

The way the hard fork worked is that the ETH we know today split off from the main block chain at a particular point. This particular point was around block 1,920,000 – right before the DAO hack.

So, how did this solve the DAO attack issue?

The hard fork helped to refund everyone who had invested into the DAO, using what is referred to as a refund smart contract. For every 100 DAO, token holders were given 1 ETH.

Gavin Wood, the co-founder of Ethereum, called this moment “the single most important moment in cryptocurrency history since the birth of Bitcoin.”

By now, you should have some idea of how this event split up the Ethereum community.

Ethereum was first created as a stance against financial corruption. The immutable blockchain was meant to be free from the human tendency to corrupt. The DAO hack (which had nothing to do with the integrity of the Ethereum platform) split the Ethereum community because the decision to hard-fork – and essentially manipulate the blockchain – went against the original purpose of Ethereum in the first place.

Ideologists that were unshaken in their beliefs stuck with ETC, whereas others split off into Ethereum for the sake of the survival and flourishing of the community. There is a natural antagonism between the two groups for this reason. Additionally, many anti-Ethereum people jumped into the ETC camp to further cause disruption in the Ethereum community.

ETC vs ETH – The Issues

In the ETC vs ETH debate, both sides make valid arguments, and each chain isn’t without their faults.

The biggest issues with ETH is that now that the hard fork seal has been broken, many are speculative that there could be more hard forks in the future. Since the Ethereum community could come together to make a substantial change in the price and future of the blockchain, something hailed for its ruthless mathematical objectivity. Some people have become rightfully speculative or downright conspiracy-driven that leaders in the Ethereum community could manipulate a hard fork in the future. This risk adds some volatility to the long-term price.

In the battle of ETC vs ETH, the vast majority of crypto supporters have chosen to favor Ethereum. The above issues with ETH are only mentioned for the sake of fairness to both communities, but as a crypto enthusiast, you should be aware of all the available information.

While Ethereum (ETH) may be looked at as a mutation and violation of the principles of immutability behind Ethereum, it also serves as a landmark victory for the Ethereum community being able to come together and handle the worst hack in cryptocurrency history.

An argument can be made that if not for the hard fork, Ethereum, the platform that allows countless innovative and spectacular Dapps to run, might not exist today. As you can see, both camps of the ETC vs ETH argument make solid points.

The power of Ethereum lies in its community since it is a platform that allows others to build projects that could revolutionize virtually any industry. Ethereum Classic, however, is stained with the unfortunate history of the DAO. The core idea behind the DAO could have made a substantial impact on the future of technology, and the core flaws in its security gave birth to a stronger platform.

The sheer market cap size and strong community behind Ethereum (ETH) foreshadow a bright future. ETC, on the other hand, appears to be slowly shrinking in market cap comparison to the rest of the crypto world and consists more of a combination of immutable blockchain loyalists, ETH antagonists, and general market speculators. But with the addition of Ethereum Classic to Coinbase, it looks as if the ETC vs ETH competition may not be settled just yet.

The post Ethereum Classic vs Ethereum (ETC vs ETH): What’s the Difference? appeared first on CoinCentral.