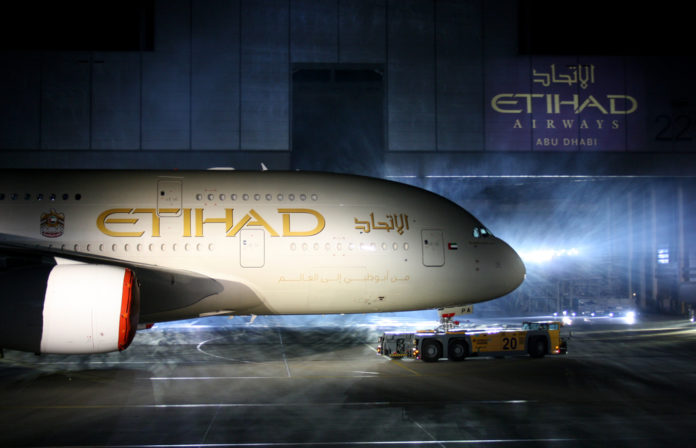 Etihad Airways, the national airline of the United Arab Emirates, has announced that it has entered into a cooperation agreement with the Winding Tree open source platform.

The crypto market is on the rise. Especially in Switzerland, many companies in the industry found a suitable head office. It has now become known that Etihad Airways, the second-largest airline in the United Arab Emirates, has found a new cooperation partner in the Swiss startup Winding Tree, which offers blockchain and crypto-based solutions for the travel and logistics industry.

In the travel industry, global computer reservation systems are used to network companies and services in an industry. These are mostly travel agencies, airlines, hotels and car rental companies, but also websites, such as Expedia or Booking.com. In these computerized network systems, there is a kind of monopoly position of a few providers, such as Amadeus and Saber, which provide the data infrastructure for those involved. Now the airline wants to break this with the new cooperation with the Blockchain startup. Tristan Thomas, Director of Digital and Innovation at Etihad Airways, told Reuters, “Very few have chosen to enter the world of distribution systems, and that’s because of the large players with substantial interests who are interested in keeping the system closed hold.” However, he sees an advantage in the further development – also for the consumers: the competition could lead to better prices.

Etihad Airways is not the first airline to collaborate with the Swiss Blockchain company. Air Canada, Air France-KLM and Lufthansa have already announced that they are using Winding Tree when it comes to GDS. Swissport and hotels such as Nordic Choice, the Airport Hotel in Basel and the citizenM chain also use distributed ledger technology. And in other industries, international companies rely on blockchain technology solutions: For example, according to cryptonews.com, Commerzbank has developed a blockchain-based payment solution for machine-to-machine payments and Forbes reported a blockchain solution for global insurance payments to the financial services group Allianz Global Corporate & Specialty.