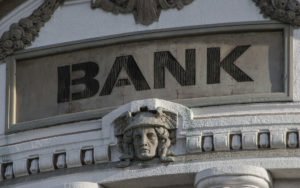 Let’s be honest. For central banks that relish their power to unleash quantitative easing and print money at will, Facebook’s Libra is a wolf in sheep’s clothing.

Libra does not threaten central banks’ control over currency creation. That was the narrative from Facebook during the meeting between the Libra Association and regulators in Switzerland yesterday. However, most regulators and central banks around the world beg to differ.

The push-back has been nothing less than intense since Facebook unveiled its plans to launch Libra back in June.

France wants to block Facebook’s Libra completely. Germany recently confirmed its plans to create a state-backed digital currency running on the Bundes-chain. And China is considering its own equivalent national (not a) cryptocurrency.

But could Zuck’s buck actually replace sovereign currencies like the Euro and threaten central banks’ ability to create money at will?

The debate rages on. But Facebook insists that Libra is not going to create value and replace sovereign currencies. It is simply designed to be a better payment network.

3/ Libra is designed to be a better payment network and system running on top of existing currencies, and delivering meaningful value to consumers all around the world.

In a series of further tweets during the meeting, the lead executive on the Libra project David Marcus reminded regulators that Libra is to be backed by a basket of fiat currencies.

4/ Libra will be backed 1:1 by a basket of strong currencies. This means that for any unit of Libra to exist, there must be the equivalent value in its reserve.

This, he argues, means that for Libra to exist, there “must be the equivalent value in its reserve.” He went on to say:

As such there’s no new money creation, which will strictly remain the province of sovereign nations.

One big argument from regulators around the world is that Libra will be used for illicit deeds from financing terrorism to drug dealers.

However, the real worry is that it will strip central banks of their power and monetary policy. And, according to a post from Harvard Law School on the topic, Facebook’s Libra will do exactly that.

It will cause countries to “lose control of their monetary supply”. It will interfere with their ability to impose capital controls in the face of economic uncertainty and:

Lead economist on the Libra project Christian Catalini told Bloomberg that this is not built into Libra’s design. Its main purpose is to provide a better payment network and greatly reduce fees–not to replace legal tender. He said:

Does Libra threaten central banks? If it does, then is it a good thing or a bad thing? Let us know in the comments!