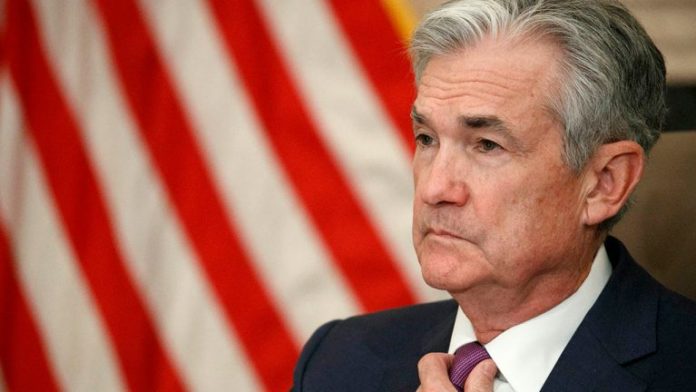 According to the Federal Reserve Chairman, Jerome Powell, the road to economic recovery is far from over and the Covid-19 pandemic has fueled the tragedy. During his speech at the National Association for Business Economics annual meeting, Powell highlighted that the federal budget was essentially a disaster, but stressed that “now is not the time to give priority to those concerns.”

The Fed’s Chairman, Jerome Powell, doesn’t seem enthusiastic about the American economy after the central bank funneled $9 trillion into the hands of private trading houses. Powell discussed his outlook at the annual National Association for Business Economics meeting and talked about Covid-19 quite a bit. According to Powell, a second wave of the coronavirus could “more significantly limit economic activity, not to mention the tragic effects on lives and well-being.”

“Managing this risk as the expansion continues will require following medical experts’ guidance, including using masks and social-distancing measures,” Powell explained to the meeting attendees. The Fed Chairman thinks that more money will be needed to battle the hardships the country faces and he argued there’s really no time to waste.

“The U.S. federal budget is on an unsustainable path, [and] has been for some time,” Powell said. “[But] this is not the time to give priority to those concerns,” the central bank’s Chairman added. For the most part, Powell said that the risks of not adding more stimulus injections into the economy would be far greater.

By contrast, the risks of overdoing it seem, for now, to be smaller.

At the meeting, Powell also explained that the distribution of funds at times wasn’t making it into the hands of those who need it most. He insisted that “once you’re permanently laid off it’s just difficult to get back into the workforce.” Powell maintained that a deceleration of the economic recovery would be a grave mistake, as he highlighted “weakness feeds on weakness.”

The recovery will be stronger and move faster if monetary policy and fiscal policy continue to work side by side to provide support to the economy until it is clearly out of the woods.

Meanwhile, the Fed’s dealings continued to be criticized and bemoaned for helping Wall Street rather than Main Street businesses.

According to the investigative columnists from Wall Street on Parade (WSP), Pam Martens and Russ Martens, the Fed is sitting on a lot of CARES Act money. “The Fed and Treasury have sat on $340 billion of untapped money from the CARES Act,” the Martens detailed on the same day Jerome Powell gave his fiscal policy speech.

The WSP findings highlight that the Fed and Treasury dispersed some funds, but “ the bulk of those programs are helping Wall Street, not Main Street,” the Martens say.

During the late afternoon (ET) on Tuesday, just before American stock markets closed, the top three composite indexes took a hit. While digital currency markets and precious metals prices have been holding steady, the Dow Jones Industrial Average lost 375 points at the closing bell on Tuesday.

The post Fed Chairman Claims ‘Now Is Not the Time’ to Worry About the Federal Budget appeared first on Bitcoin News.